Many years ago in a small Italian town, a merchant had the misfortune of owing a large sum of money to the moneylender. The moneylender, who was old and ugly, fancied the merchant’s beautiful daughter, so he proposed a bargain. He said he would forgo the merchant’s debt if he could marry the daughter. Both the merchant and his daughter were horrified by the proposal.

The moneylender told them that he would put a black pebble and a white pebble into an empty bag. The girl would then have to pick one pebble from the bag. If she picked the black pebble, she would become the moneylender’s wife and her father’s debt would be forgiven. If she picked the white pebble, she need not marry him and her father’s debt would still be forgiven. But, if she refused to pick a pebble, her father would be thrown into jail.

They were standing on a pebble-strewn path in the merchant’s garden. As they talked, the moneylender bent over to pick up two pebbles. As he picked them up, the sharp-eyed girl noticed that he had picked up two black pebbles and put them into the bag. He then asked the girl to pick her pebble from the bag.

The girl put her hand into the bag and drew out a pebble. Without looking at it, she fumbled and let it fall onto the pebble-strewn path where it immediately became lost among all the other pebbles. “Oh, how clumsy of me,” she said. “But never mind, if you look into the bag for the one that is left, you will be able to tell which pebble I picked.”

MORAL: Sometimes it is necessary to think out of the box or, in this case, out of the bag. 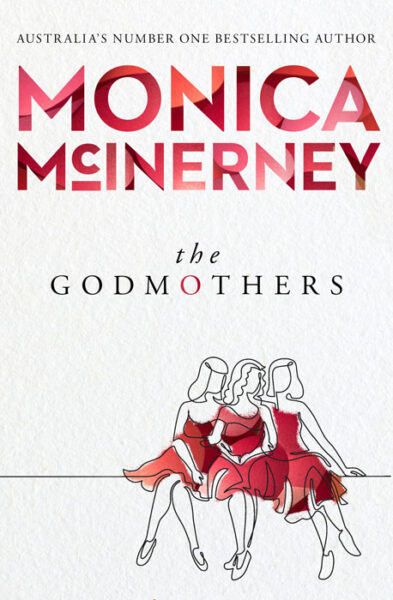 THE GODMOTHERS by Monica McInerney

Saturday 3rd October at 11am

About the Author – Celebrating 20 years: Monica McInerney is one of the stars of Australian fiction, with over a million copies sold in Australia and New Zealand. She is the author of the internationally bestselling novels A Taste for It, Upside Down Inside Out, Spin the Bottle, The Alphabet Sisters, Family Baggage, Those Faraday Girls, At Home with the Templetons, Lola’s Secret, The House of Memories, Hello from the Gillespies, The Trip of a Lifetime and a short story collection, All Together Now.

Join us every Saturday, Sunday and Tuesday on our Facebook page for a new short story or poem and