The Clarence Valleys ONLY locally owned and operated newspaper.

Meet the team here at the Independent who continue to bring you the Clarence Valley’s own weekly newspaper.

Each of our dedicated staff, form an integral piece of the puzzle, working together as a team to bring you what’s happening in and around the Clarence Valley.

Support the team that has supported our community for the last 26 years. 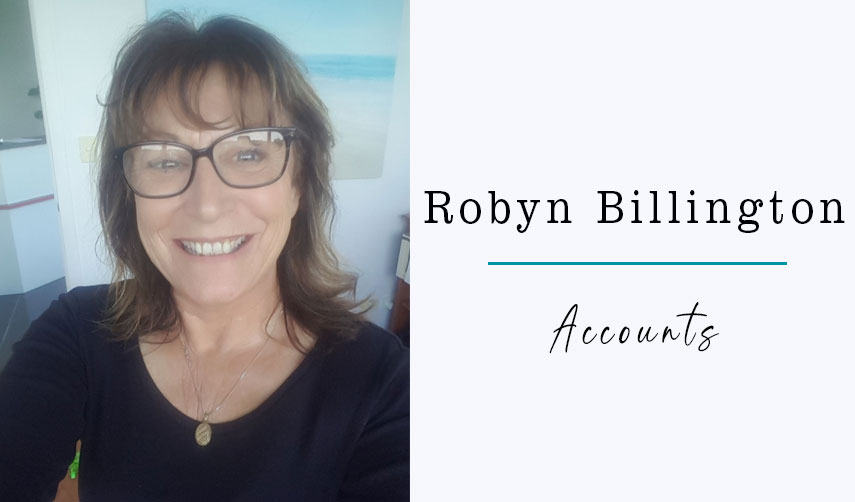 I have worked for the Clarence Valley Independent for about 12 years.

My position commenced as the receptionist and assistant to the accountant.

Most of my working life has been in a clerical/accounting role and I became the Accounts Manager here in 2012.

I have recently completed a qualification in Accounting and Bookkeeping and love being part of this local business, working with local people.

I live in Maclean and am married with four children and several grandchildren, most of whom live and work in the Clarence Valley. 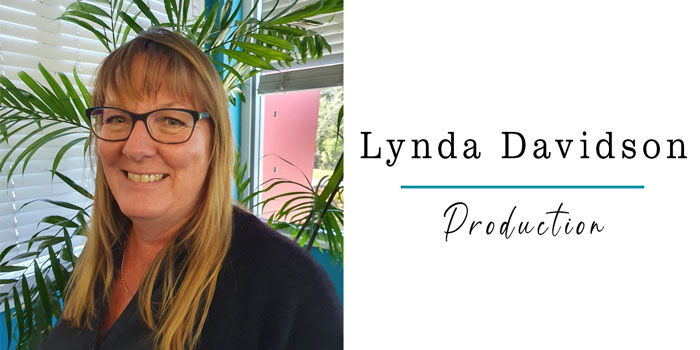 I am currently the Production Manager (which means I am supposed to produce something, I think).

I have been with the Review/Independent for 20 years.

During that time, I have seen many businesses come and go and watched many community groups flourish and others sadly disappear.

It is a great job and like many, has its highs and lows.

Deadlines every week can be difficult. I mean totally frustrating, hair-pulling type difficult, along with sleepless nights worrying about mistakes that can never be corrected. Luckily, Joseph Fry invented chocolate bars in 1847. There is nothing more special (or fattening) than sharing tonnes of chocolate amid chaos on print day with my wonderful workmates. It’s how we all get high! 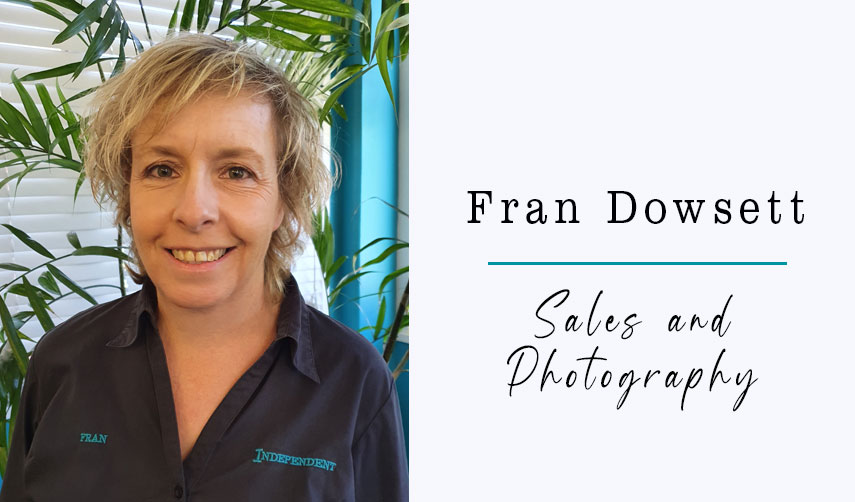 I have been working in ‘sales’ at the Independent(formally the Review) for 12½ years.

I love working with my clients, many of whom I have developed great friendships with over that time.

We are super excited about being back in print, thanks to the support of our community and local businesses.Our new website is travelling along nicely, with some exciting new pages being added to the paper.

There is a real family atmosphere at the Independent, although it can get pretty tense,especially when it’s close to deadline.

When I’m not working, I am of course out fishing, so if you can’t reach me that’s probably where I am – Tight lines. 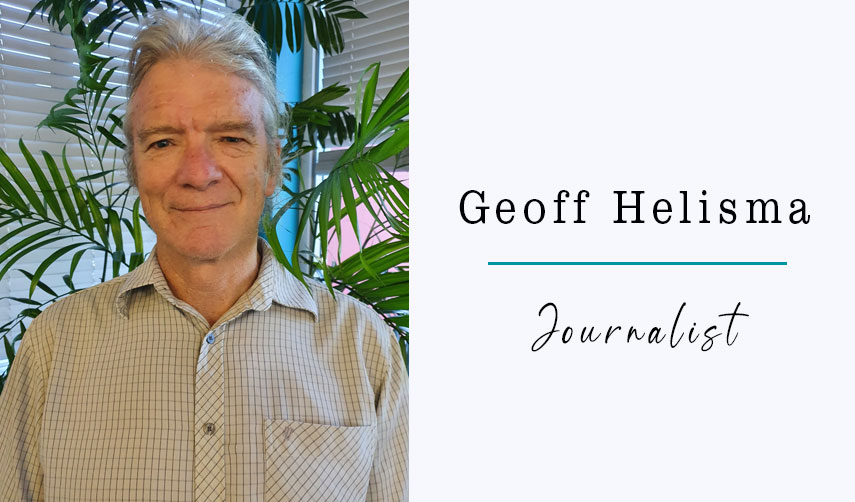 A journalistic life, what’s the story?

I started working at the then Lower Clarence Review in 2003; I’d been an avid newspaper reader since the age of five (although it was the comics in those days).

Landing this job was a case of third time lucky over a period of years.

I had been un/underemployed for some time, despite applying for many jobs for which I was over-qualified.

As it turned out, it was the perfect job for my busy, enquiring mind; and it provided me with an opportunity to make a difference.

Reflecting on the past 17 years, I have come to realise that I hold a privileged position: I have met many people from all walks of life; and I have told their stories, best exemplified by a comment I have heard on numerous occasions – “I didn’t even remember that until you asked me those questions.”

A more serious aspect of my role is to report and question all forms of governance that affects the lives of the valley’s people; this, I believe, is my most essential and important duty.

Sometimes, when the going gets tough, when people in power – councillors, politicians, bureaucrats and the like – dodge or get upset about the questions I ask on behalf of the wider community, I look over my shoulder and read the words of award-winning journalist Kate McClymont, spoken in her speech at the2014 Andrew OlleMedia Lecture: “All journalists should use the same tools – curiosity, scepticism and the willingness to take the road less travelled.

“As journalists we should have the courage to act for more than the lofty notion of free speech.

“We have a duty to be the voice of the powerless in our society, to stand up for them – this should be why we do our job.

“As journalists we have the privilege of an insider’s view of what really happens in our society and we have the ability to change it.

“Whether you are a war correspondent, a reporter on the local paper or an investigative journalist, you have the ability to make a difference, to hold people to account, to right wrongs.”

Gratefully, my employment at the Independent has largely allowed me to work in the spirit of the paper’s title.

Serving a regional area made up of many smaller communities is a challenge, each having its own cultural and social norms, however, as Kate McClymont said during her speech, “Most stories come up by chatting to people – in the park, on the sidelines of school sport, or at parties.”

Interestingly, since she made that observation, the rise of social media, particularly Facebook, as a communication tool for interest groups, associations, community forums and governing bodies, has added to that dynamic, with people publishing their views for all to see.

Unfortunately, though, social media and the digitisation of newspapers and advertising, I believe, have profoundly altered the mediascape at all levels – from local to international – and given rise to a growing cynical cohort who don’t trust the media.

Sadly, many media outlets exploit the ability of people to freely communicate across digital platforms – it’s no coincidence that this phenomenon has helped facilitate the rise of powerful, ideologically partisan media outlets.

As a result, journalism is suffering a trust deficit as vociferous commentators take up more of the mediascape than they should be entitled to.

Good journalism is like science – where one sits on the ideological spectrum is not a motivation to mould a story to suit pre-determined narratives, it is the fuel that energises an enquiring mind – whatever the facts are, however they were determined, that is the STORY.

Originally from Oberon NSW, I been with the company 26 years and counting.

Moving to Yamba to take up the roll of Manager was not the move I had envisaged, but in doing so it has turned out to be a very rewarding experience.

I have worked with an extremely dedicated staff who have combined to ensure this newspaper has become a voice for the Clarence community, hopefully this is the way we are viewed throughout the valley.We have tackled some hard topics throughout the years trying to keep our readers informed.Hopefully with help from our contributors and support from our local businesses, we can keep that voice alive for many more years to come.

Thank you to our readers, contributors, and advertisers for your support over the years, you have collectively made our jobs very fulfilling.

With the awful circumstances surrounding this COVID-19 pandemic, and as a consequence, having to suspend our print edition, the encouragement we received in that time was overwhelming.

You made it loud and clear…we had to revisit the print version.

Whilst the printed version of the Independent has been in recess, we have had a team working on our all-new website and social media platforms. Go to www.clarencevalleynews.com.au and catch up with the great work performed by the talented staff of the Independent.

No folks…the print media is not dead. 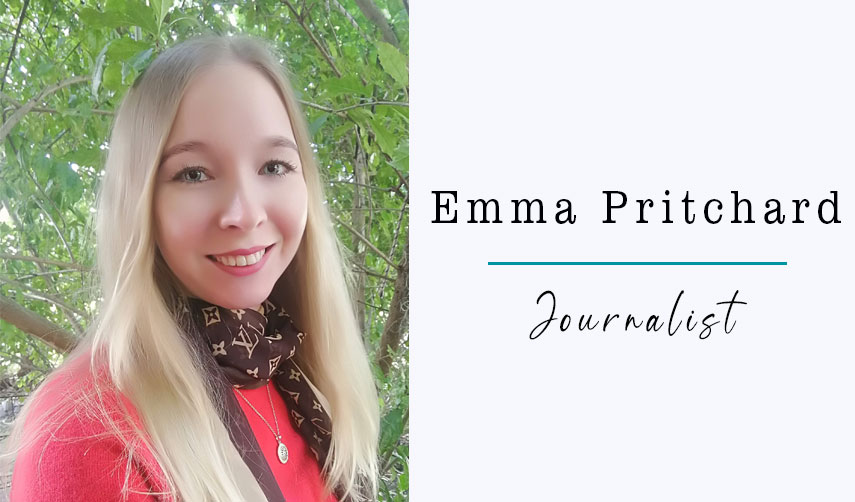 My name is Emma Pritchard and I’m very happy to introduce myself as the newest member of the Clarence Valley Independent.

I’m a born and bred Grafton girl who kicked off my media career at The Daily Examiner in 2011. I spent the next three years working as a journalist and features writer. I also wrote a weekly column, Girl Talk, which appeared in Coastal Views. Do you remember me yet?

Writing has always been a passion of mine, especially creative writing. I love inspiring, entertaining and educating people through my work and I’m stoked to have been given the opportunity to do it again.

I love exploring the Clarence Valley, visiting the local pubs for a counter meal and a coldie and supporting local businesses. Our community is full of unique characters, each one with a story to tell. I can’t wait to begin sharing them with you again.

It’s an exciting time to be working for the paper.

I’ve been working here at the Independent for over six years now and I’m still enjoying my work.

I work as thereceptionist, but I also assist with the accounts, as well as helping out with lots of other duties too.

My jobs are varied which keeps me interested and no two days are the same.It’s great to be involved with the different aspects of the business, as I go from a day invoicing to a day out in the community delivering the paper.

Being a small-business you wear a lot of hats. Its heaps of fun and it keeps you on your toes and in touch with what’s happening, and I love that.

Thank you for your continued support!