Tributes have begun to flow for Lawrence resident and former cycling champion Greg ‘Barnsey’ Barnes who passed-away recently from cancer.

Gregory John Barnes was born in 1951 and grew up in the western Sydney suburb of Berala, with his mother Joan, father Ray and brother Brian. 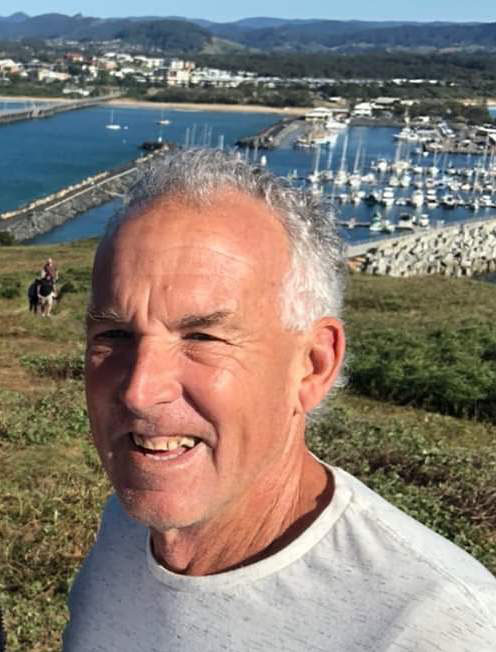 According to his family, Greg’s first bike was one he found in a tree, which he did up and set off on his journey.

Greg raced for the Lidcombe-Auburn Cycle Club (LACC) and was a prolific track cyclist during the 1970s.

He was selected to represent Australia at the 1974 Commonwealth Games in Christchurch, New Zealand, where he reached the quarter finals and finished 6th in the sprint event.

Later that same year, Greg won the national titles in the sprint and the kilometre time trial at Wiley Park, NSW.

Greg later moved to Coffs Harbour NSW where his two children Tim and Sheree, were born.

He had always loved the village of Lawrence and in 2014 moved there to retire and enjoy the peaceful life.

Member of the Woodford Island social rider’s group Doug Jenkins said that after moving to the Clarence Valley, Greg started riding socially with a couple of guys from Lawrence.

“Initially Barnsey started riding with us on a 29er MTB (29” mountain bike) – an impressive effort.

“Later on, he got a road bike as well.

“Greg was a quiet, well liked and respected person and he participated in many other organised social MTB rides and trips away with the group.

“He greatly enjoyed a milkshake and the camaraderie of socialising at the coffee shop after a ride and his music trivia knowledge (when the topic arose) was impressive.

“Barnsey was slightly hard of hearing, which made for some interesting conversations while riding,” he said.

Apart from cycling Greg loved surfing and was an active member of the Sawtell SLSC between 2005 and 2014.

His other interests included reading, art, movies, gym and live music – but most of all he just loved life.

Greg passed away peacefully during the early hours of Friday morning 19 June 2020, at Grafton Base Hospital from a lung tumour.

At Greg’s request prior to his passing, a memorial service in his honour will be held over the coming weeks. Details to be released shortly.

Some of Greg’s achievements