A type of driverless vehicle designed to reduce traffic congestion has been found to have the opposite effect according to researchers at The University of Western Australia.

The study, published in Science Direct, simulated the course of traffic in a double lane when multiple driverless vehicles of a specific type were introduced and found it created unstable traffic flow.

Driverless or autonomous vehicles are set to cause the largest disruption to the transport industry since the invention of the car itself.

Due to the vast array of autonomous vehicle technology and research available, it is not currently clear which type will be used and how road networks will be designed to accommodate them.

Researchers from UWA’s Department of Computer Science and Software Engineering used computer simulations to reproduce a recent study of the autonomous vehicle FollowerStopper to determine if it could improve traffic and assess its suitability for implementation.

The original field experiments using a single lane ring road had shown that incorporating less than 5 per cent of the autonomous vehicle FollowerStopper within human traffic could get rid of stop-and-go waves that seemingly cause traffic jams out of thin air.

The FollowerStopper allowed a larger gap to its proceeding vehicle which could be used as a buffer for unstable flow ahead.

The UWA research team modelled the FollowerStopper vehicle in a simulation model and replicated the original field-test results as closely as possible, then applied it to different scenarios.

They found the results were not as positive as the single-lane experiments, when multiple FollowerStopper vehicles were included in the traffic stream and in the scenario with a double lane in which lane changes could occur.

Lead author Liam Cummins said the computer simulations revealed a number of real traffic scenarios that were not factored into the original study.

“The addition of lane changes also caused human vehicles to cut in front of the FollowerStopper vehicles at increased rates due to the larger gap they left,” Mr Cummins said.

“This is counterproductive and triggers stop-and-go waves themselves. The classic ring-road environment also made it difficult to assess stop-and-go wave technology as it does not have the same equivalence to linear roads.”

“Car manufacturers are focused on getting the technology into the hands of average consumers, however their impact and how they will reduce or increase congestion is largely unknown,” Dr Sun said. 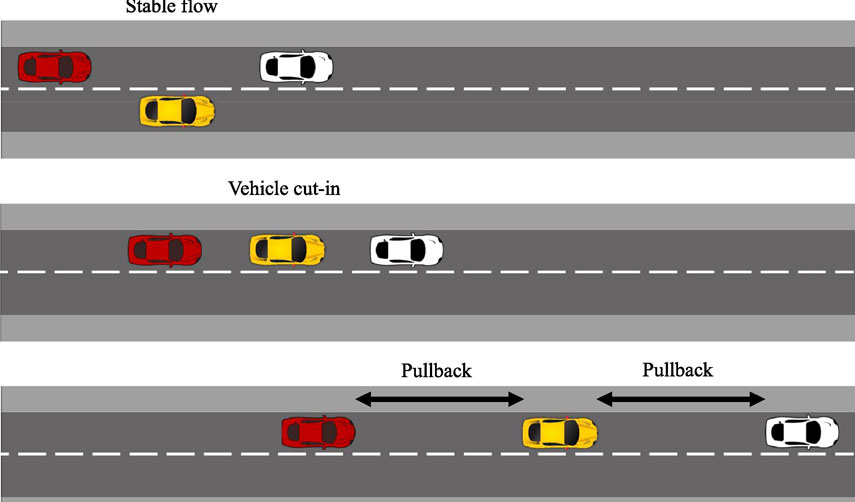