It’s billed as a “once in a lifetime opportunity to secure one of Grafton’s most prominent sites and buildings” and described as the “signature Clarence Valley site on gateway to Grafton” on the McKimm real estate website.

The South Grafton visitor information centre (VIC) is the final sacrifice to CVC’s management of its now mostly digitised tourism services, which commenced in July 2014 following the adoption of the November 2013 tourism services review by The Stafford Group.

The VICs at South Grafton and Ferry Park, Maclean have been replaced with six digital portals located at CVC’s Maclean and Grafton chambers, Grafton library, Calypso Holiday Park Yamba, Clarence Valley Regional Airport and in the former Ferry Park VIC – brochures and other paper-based information are available at these sites, too.

Meanwhile, neighbouring Coffs Harbour City Council (CHCC) and the Blue Mountains City Council (BMCC) have emphasised the importance of having VICs with people in them, as part of their overall tourism strategies.

Early in 2017 CHCC wrote in a media release: “Visitors to the Coffs Coast will be greeted by more locals than ever before with at least three new visitor centres” due to have opened in January 2018.

“There’s nothing better than being greeted by a smiling, knowledgeable local if you’re somewhere new and want help with accommodation or activity ideas,” said Coffs Harbour mayor, Cr Denise Knight.

Coffs’ VIC strategy was a result of “the adoption … of a new, multi-faceted tourism strategy developed by the industry-led Destination Coffs Coast Committee (DCCC),” the media release stated.

Clarence Valley Council failed to gain support from the valley’s tourism operators when it tried to re-establish a tourism advisory committee last year.

The BMCC published the following in a January 9, 2018 media release: “Mayor, Cr Mark Greenhill, said, ‘Tourism is critical to the Blue Mountains economy and the new visitor information services will provide a high quality tourism destination for domestic and international tourists … [where] visitors receive personalised information….’”

Bill Day, who was integral in setting up the now defunct Clarence River Tourism Association (CRTA), which was mostly manned by volunteers, has been a vocal critic of CVC’s handling of tourism services and has continuously lobbied councillors.

“No one knows more about tourism in the valley than I do,” he said.

The Independent published details of Mr Day’s views on September 27 last year – Former CRTA boss on CVC’s tourism services – the last story in a month-long series on the subject.

Commenting on the likely significant reduction in passing traffic due to the new highway bypassing Grafton, Mr Day said the South Grafton site “will always be the main entrance to the city of Grafton and to the valley”, which he said is as “significant as the VIC” was in welcoming people to the region.

He pointed out that, while the VICs were the centre of the CRTA’s operations, “we had support centres in every town where the brochures and guides were available, plus we made sure every tourism operator had our books … the last print run cost $180,000 and it was fully funded by the industry”.

Maclean business man, Bob Little, who was the CRTA’s president when it was wound up, has also recently written to the valley’s councillors.

“I was annoyed how Bill was being treated and made out to be a troublemaker living in the past,” he said.

He conceded that CVC had financial issues it had to address, but said the VIC closures were “shut down purely on dollars and cents” and that their elimination was a “load of crap”.

Mr Little said he did not believe councillors did enough investigation before making their decision. 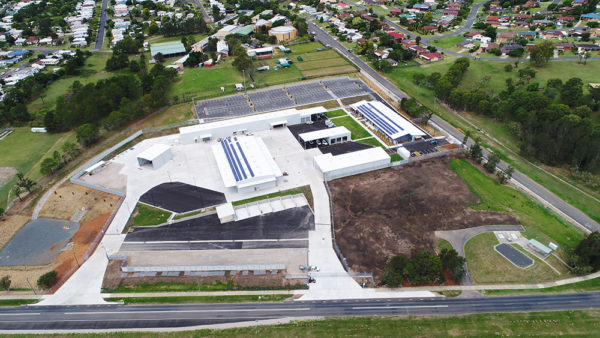