Construction is all but complete and Clarence Valley Council staff have started moving into their purpose-built depot and administration buildings in South Grafton.

Administration staff started moving in about two weeks ago and about 60 employees – mostly from the 42 Victoria Street offices in Grafton – are now working from the new facilities.

Council general manager, Ashley Lindsay, said the move had gone smoothly so far and was hopeful the more difficult part of the transition – moving out of the depots in Bruce Street, Grafton, and Schwinghammer Street, South Grafton – would go just as well.

“The facility will be fully occupied by mid April,” he said.

“When we reach that stage it will be the base for between 180 and 200 people daily, giving a significant boost to the economy in South Grafton.

“The completion of this work starts a new era for the Clarence Valley Council.  It will be the first time since amalgamation in 2004 that we’ve been able to have our Grafton-based work crews on the one site.

“And it will lead to substantial improvements in efficiency, estimated to be about $1 million annually.

“These buildings and facilities have been designed specifically to meet the needs of the various sections and jobs.

“They will facilitate better interaction between staff from different sections, between administration and the outdoor crews and will help resolve the difficulties of having a dispersed outdoor workforce.”

Mr Lindsay said the five former Grafton-based depots had past their use-by date.

“We got estimates on how much it would cost to bring them to a satisfactory, modern standard and it was more than $8 million.

“Even if we spent that there would have been no improvement in operational efficiency.”

The cost of the new depot was about $12.8 million as well as site clean up costs of about $7 million. The site was the former South Grafton sewage treatment plant and contained a number of hazardous materials, including asbestos containing materials and had to be rehabilitated to meet EPA standards.

“That was required regardless of the end use,” he said.

“For the first time since amalgamation we have a facility that’s fit for purpose.

“It will make an enormous difference for our staff and the work they do.” 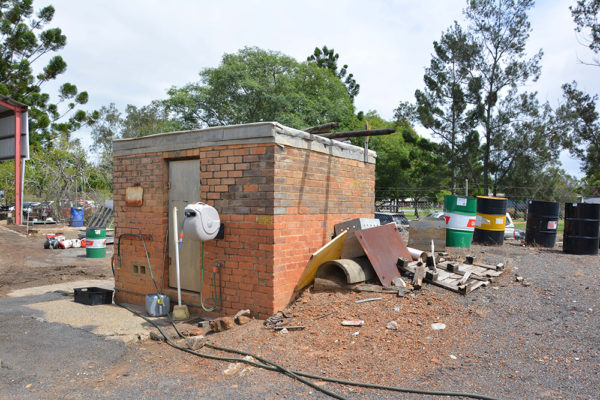