Numbers of animal were reducing until this weekend when we were contacted by a young lady who said she was homeless due to a relationship break down and her dog had had a litter of 13 puppies approximately 5-6 weeks ago and now she can’t look after them.

She had given away the others or they had died. We now had 8 x 5/6 week old puppies. Day 1 of their new life at Happy Paws Haven was a vet check, C4 vaccination each, micro-chipped, wormed and flead. They are now on really good quality puppy food by Nutro and some Applaws or VIP Natures Goodness wet food mixed into their kibble and some Rosehip Vital to help with their immune system and bone growth as they have bandy legs from not getting enough nutrition.

We are as always very happy to welcome anyone who really wants to know what we do here to come and see for themselves and meet the animals in our care. We do have a great team who work here with the animals. Riverbank Animal Hospital has been very supportive. 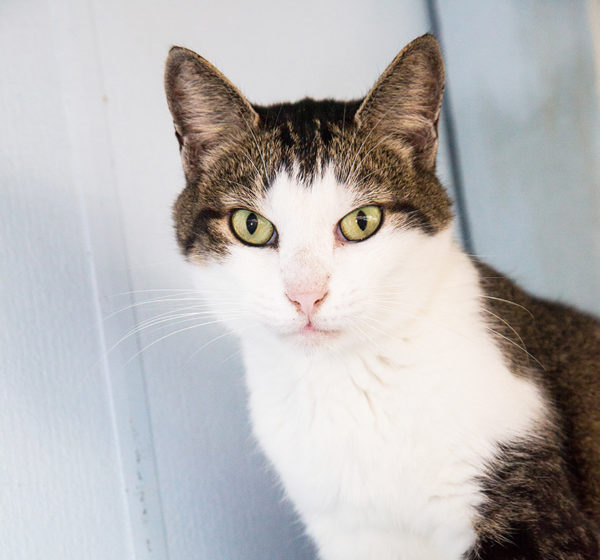 Elliott, his Mum and his brothers and sister were brought to Happy Paws Haven when the kittens were only a month old early in 2009. They had been found in an abandoned house, someone had moved on leaving them behind. They have grown up to be lovely affectionate mischievous cats. Elliot can be a little standoffish at first but once he knows you he will come up for a smooch. He loves to be brushed, stroked and happy to cuddle up beside you on the lounge. Elliott is the last of his litter still here as the rest of his family have found wonderful homes. He is a quiet chap so is better suited in an adult house hold rather than one with young noisy kids. He is immunised, micro-chipped and de-sexed, ready to find a permanent loving home. 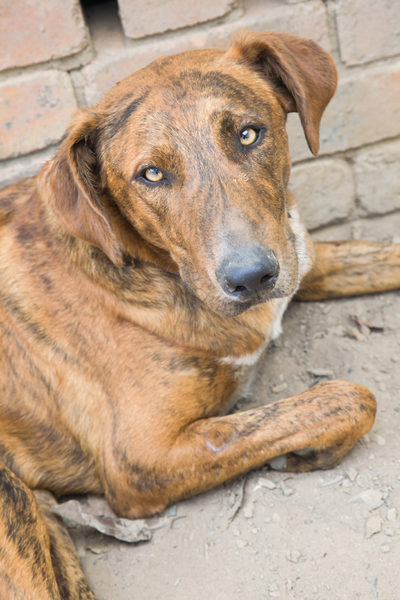 Huey is a Louisiana Catahoula Leopard Dog cross like most herding dogs he wants to be a part of the family thus your pack. He prefers not to be left outside when his pack is inside especially in this cold weather. He can be a little shy of strangers but that does not last long as he is extremely affectionate, loyal and loving. He is an extremely smart dog and needs to be exercised daily. Due to his intelligence he should do well at obedience RallyO herding, scenting and tracking. He is a very loving and affectionate dog but they do need to continue their socialisation and training. He would make a wonderful family or companion dog. He is desexed immunised microchipped and have had regular parasite and flea treatments. 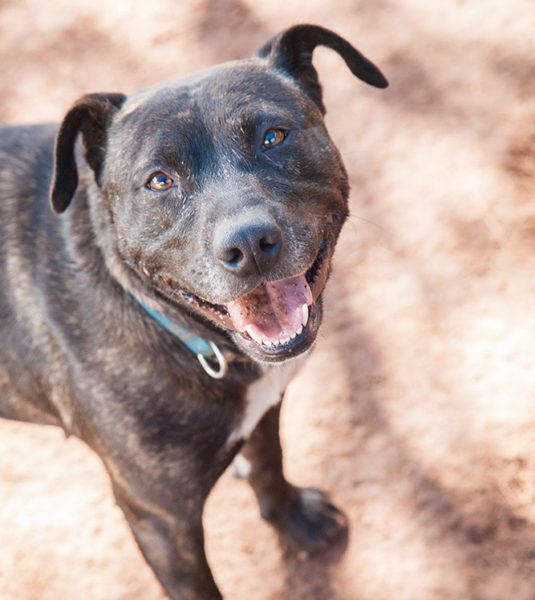 Marley is Margie’s mum who was surrendered to us by a family in Woolgoolga, in the middle of November 2016. They weren’t sure whether she was pregnant or not and they did not want to find out or desex her. There were dogs living all around them and Marley would bark at them when they came near her. She had had a couple of litters already, her teats were enlarged so we were not sure but thought was highly likely that she was yet again. As all our dogs were desexed at that time we thought we would wait a couple of weeks to see if she started to swell or not. It did not take long for the pregnancy to be confirmed. The pups were born at the end of December just after Christmas. She had a lovely litter of staffy cross pups. She has a lovely friendly nature, gets on well with people and her four legged friends. She needs to be with someone who home most of the time and would make a wonderful companion dog. She has been desexed, immunised, micro-chipped, regularly wormed, deflead and is now ready to go to a new home. 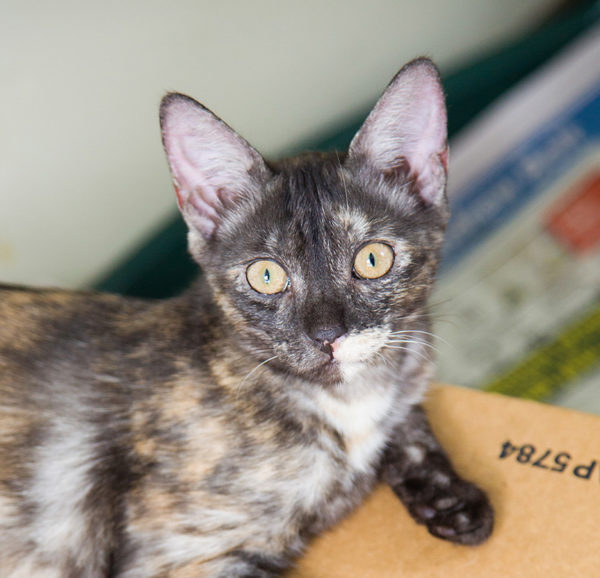 Nonni is a member of the N-Team. In beginning of September 2017, a beautiful cat called Noelene was bought in as her owner had abandoned her when they moved. On October 2nd she gave birth to six beautiful kittens. When Noelene became sick we had to hand feed her babies until she recovered then she took back the role of mum happily. Nonni is a very unusual colour as she is a smoky charcoal torti with little flecks of pale orange a really beautiful young lady. The babies as a result are extremely affectionate, well socialised, playful, inquisitive mischievous loving kittens or young cats and ready to be rehomed as all have been desexed, microchipped and immunised including Noelene. 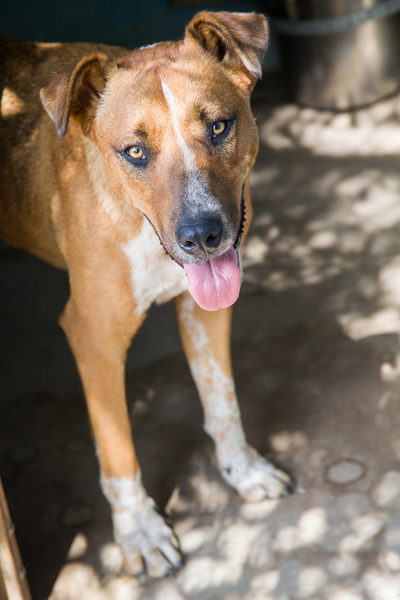 Olson came to us in January 2017 with his brother as their owner was not able to find homes for them, they were about to go away and they could not find anywhere for them to be while away. They wanted to make sure they would go to good homes so they bought them out to Happy Paws Haven knowing they were safe here and the vet work would be done. Omar has already found a lovely home in Sydney’s outer west on a property at the edge of the Blue Mountains. Olson is very normal playful yet laid back young dog who still needs some training. He is very well socialised with other dogs and with people. He has a wonderful nature and is happy around young kids. We have a four old whose mother volunteers here who often takes Olson for a walk, plays with him and climbs all over him giving lots of hugs which Olson seems to accept and when he gets sick of Isaac he just walks away. He is desexed micro-chipped, immunised and regularly wormed, flead and heart worm treated. 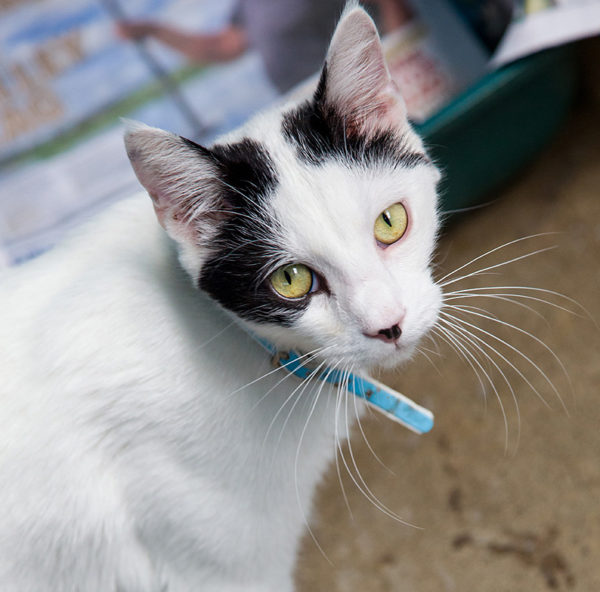 Nero is a member of the N-Team of 2016; mum was surrendered as she was found near an abandoned house. Nero is a beautiful short hair white and black young cat with a very sweet quiet gentle nature, very affectionate and very friendly taking after his mum in temperament and nature, who has been adopted as have all his siblings. He is desexed, chipped and immunised ready for his new home.