The Committee of the Lower Clarence Tennis Association (LCTA) have just completed Stage 1 of a three-stage process in upgrading their tennis playing facilities. The stage just completed provides easier access to the courts via a new web-based court booking system. This is enabled via a new gate and key-pad lock which is opened via a code.

Members of the club will be able to access the courts for free after logging in and booking a court. Members of the public can also book a court and will gain access to a code to open the gate after paying a $20/hr court hire fee.

Ross McCann, the President of the LCTA, said that “After the successful completion of the first stage, we are now seeking some grant money to complete the next stage of providing better access to the courts. This will involve rewiring the lights, so that some of the lights can be activated by a coded keypad. In addition, a new concrete path will be laid from the new gate.” He went on to say that: “We have the best tennis courts in the Lower Clarence and these changes will mean that it is easier for the general public as well as our club members to play whenever they want to.”

For those wishing to book a court go to: https://play.tennis.com.au/lowerclarencetennisassociation or just type “Maclean tennis” into your search engine. This site also provides information on when the various groups play tennis and how to contact the coach Alan Jurd. Alan is a good person to chat to if you want to start playing tennis or restart again. He will point you in the right direction. 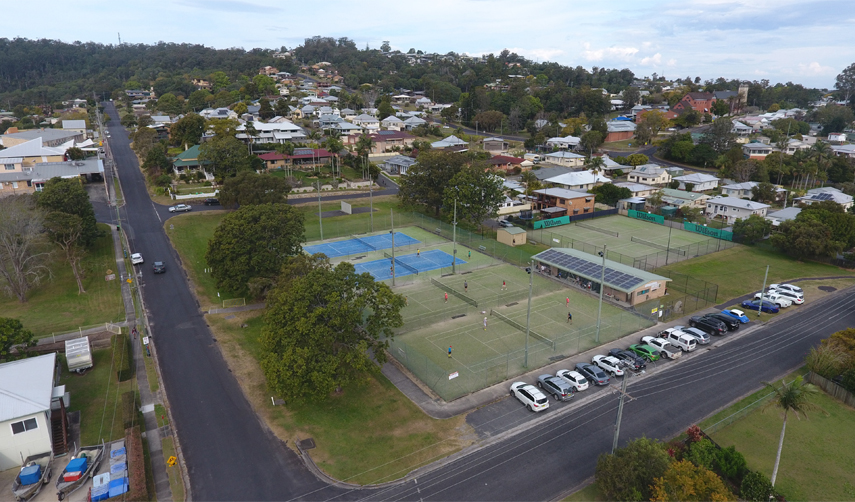