The largest PCYC facility in NSW was officially opened on September 25, and it’s right here in the Clarence Valley.

After a traditional welcome to country by local Indigenous elder Auntie Nita Taylor, Her Excellency the Honourable Margaret Beazley, Governor of NSW and proud patron of PCYC delivered a congratulatory speech via video link.

Describing the occasion as a “wonderful day”, Her Excellency said she was delighted to be part of the official opening, adding Grafton PCYC is going to be a great asset for the community.

“It will be a hub that brings together young people from across the region who, supported by expert staff, will enjoy all the programs, the training, fun and friendship on offer,” she said.

“To everyone who worked so hard to make all of this happen, thank you.”

Mr Teakle also thanked and personally acknowledged representatives of local businesses involved in the construction of the impressive $6.5 million facility.

He also made a special mention to Mr Donohoe who he credited “for his outstanding dedication and tireless commitment to Grafton PCYC.”

“The Grafton community really wanted a PCYC and he (Mr Donohoe) was very influential in helping to deliver this impressive facility to the local area,” Mr Teakle said.

Overcome with pride at the ceremony, Mr Donohoe remained as humble as ever when he said he was “over the moon” to have Grafton PCYC officially opened.

“This is a great asset for the local community and it’s all about the local kids and being here for them,” he said.

As he spoke on behalf of CVC mayor Jim Simmons, Councillor Richie Williamson said he was “proud as punch” to be at the official opening and emphasised the importance of having a PCYC in Grafton.

“It is a wonderful facility and it’s finally here,” he said.

“CVC’s journey to get PCYC established in Grafton began in 2008-2009 when we met with PCYC in Sydney and although we were initially unsuccessful, the door was never shut and we persevered and here we are now in 2020.”

Grafton PCYC is the latest addition to 65 clubs throughout NSW.

The state-of-the-art facility, which is a refurbishment of the Grafton Sports Centre, has been purpose-built to support youth development programs and community activities in partnership with NSW Police Youth and Crime Prevention Command.

The redevelopment of Grafton PCYC was first announced in December 2018 with work commencing one year later.

Mr Gulaptis said the official opening of Grafton PCYC is a terrific boost for the Clarence Valley community.

“This facility will be an important resource for the local community and it’s young people, allowing them to positively engage with police and each other,” he said.

Minster for Police and Emergency Services David Elliott spoke passionately about the arrival of PCYC in Grafton, describing it as “a testament to the strong working relationships between NSW Police, PCYC NSW, local and state government and key community stakeholders.”

“It was an honour to be at the official opening,” he said.

He said Grafton PCYC will expand youth engagement programs in the area as part of the RISEUP strategy, an early intervention police program which helps disengaged youths reconnect with their local community.

“Police don’t want to go and pick young people up, take them to a police station and put them through the criminal justice system,” he said.

“I see more and more police across the state who want to get involved with PCYC and get more young people fit for work, fit for jobs and fit for a better life.

“It’s great for Grafton and the surrounding area to have a new PCYC and everyone should be proud of it.” 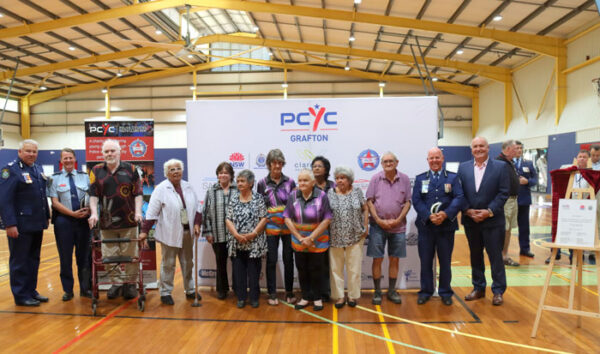