Do a little digging, and it’s extraordinary how much the innovation of Australians has shaped modern life, both here and around the world. Everywhere you turn, you’ll find Aussie invention – health, transport, kitchen and the garden –; our best and brightest have made an immense difference to our world.

Walk into your kitchen. Look around. See that fridge keeping your food cool and fresh? This everyday item was originally conceived in Geelong in the 1850s by Aussie, James Harrison. His patented ether vapour-compression system, whereby gas was passed through a compressor to be cooled and liquefied and then circulated through refrigeration coils, is still the most widely used refrigeration system today. This system is used not just in fridges, but also the air conditioners found in homes and offices around the world. 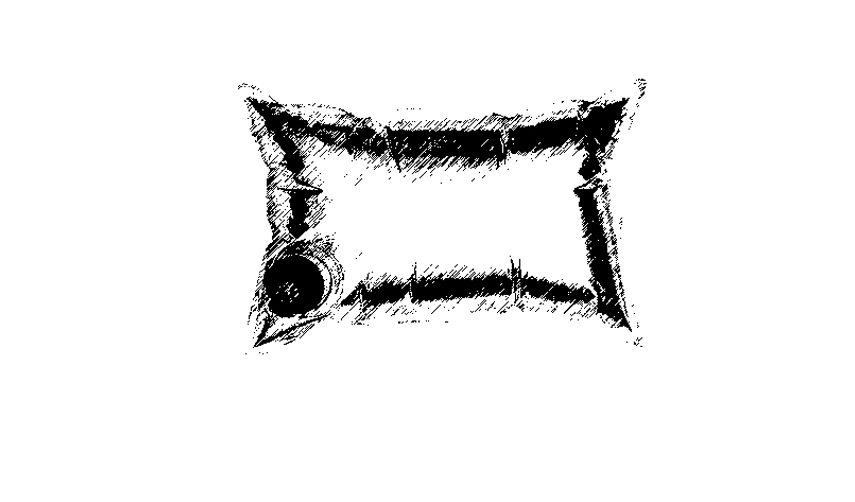 Open the fridge and you may find a cask of wine. The wine cask was created in 1965 by Thomas Angove of Renmark, South Australia. Angove’s’ original design, with a resealable spout, was replaced with a tap by the Penfolds wine company in 1972. 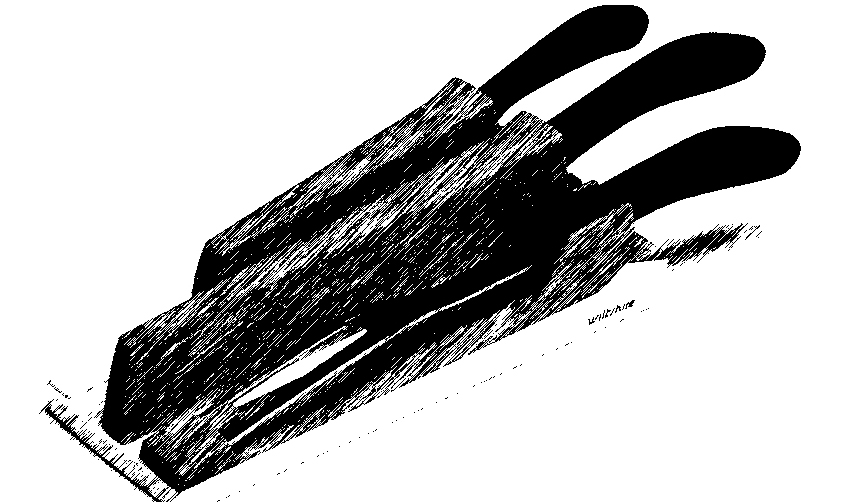 Rifle through the kitchen drawer and many will find a self-sharpening knife. The Staysharp knife was developed by Aussie company, Wiltshire, in 1970. This innovation was the brainchild of Melbourne design engineer, Dennis Jackson, following a 1964 survey that revealed 80 per cent of Americans didn’t know how to sharpen a knife. To date, more than eight million Staysharp knives have been sold around the world, with patents and design registrations in 37 countries.
The plastic spectacle lenses you’re looking through that make everything crisp and clear – they’re thanks to the experiments of an Adelaide company in the 1950s.

Step outside to the garden. See that nicely mowed lawn that took just half an hour to achieve? It’s thanks to the innovation of Lawrence Hall, an Aussie boat engine builder, and Mervyn Victor Richardson, who later refined the original idea to make it a commercial success. Hall engineered a rotary blade lawn-mower to cut his parents’ lawn in 1948.
His ‘Mowhall’ had blades mounted onto a plough disc and used a kerosene tin as the petrol tank, a boat motor and a tubular steel frame. It was so heavy it took two people to move it across the lawn. Richardson saw Hall’s mower demonstrated in a park in Concord, Sydney. Four years later, he made some cylinder-type mowers for his son’s part time lawn-mowing business. Then he tinkered together a lightweight, cheap, prototype rotary-blade lawn-mower with a peach tin for its petrol tank and a two-stroke engine. Within two years Richardson had sold 20,000 Victa brand mowers and had already begun to export them. 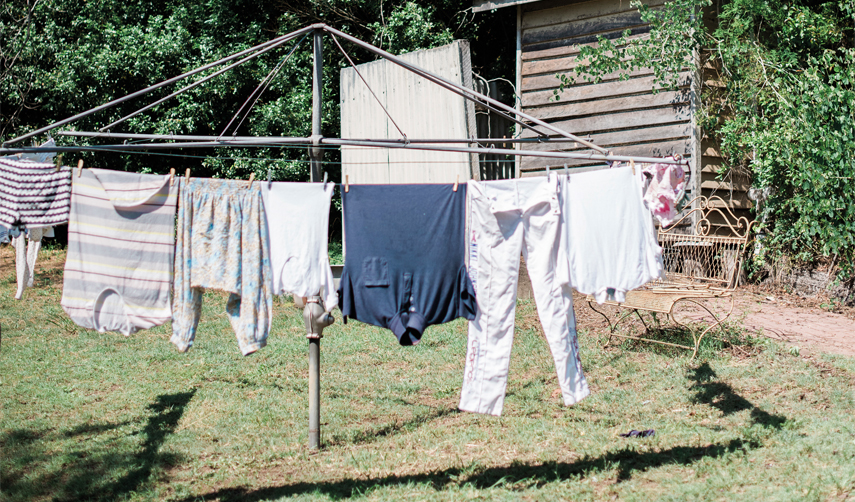 A further glance around the yard may reveal the iconic Aussie clothesline, the Hills Hoist. The Hills Hoist rotary clothes line, with a winding mechanism allowing the frame to be lowered and raised with ease, was developed by Lance Hill in 1945. The first Hills hoists were made right in the inventor’s Adelaide backyard, and continue to be found in yards across Australia and New Zealand.
Further across the lawn, perhaps a large garden can be found, which was dug with ease thanks to a self-propelling rotary hoe. This great Aussie invention was first created in 1912, when 16-year-old Cliff Howard of Gilgandra invented a machine with rotating hoe blades on an axle that simultaneously hoed the ground and pulled the machine forward. 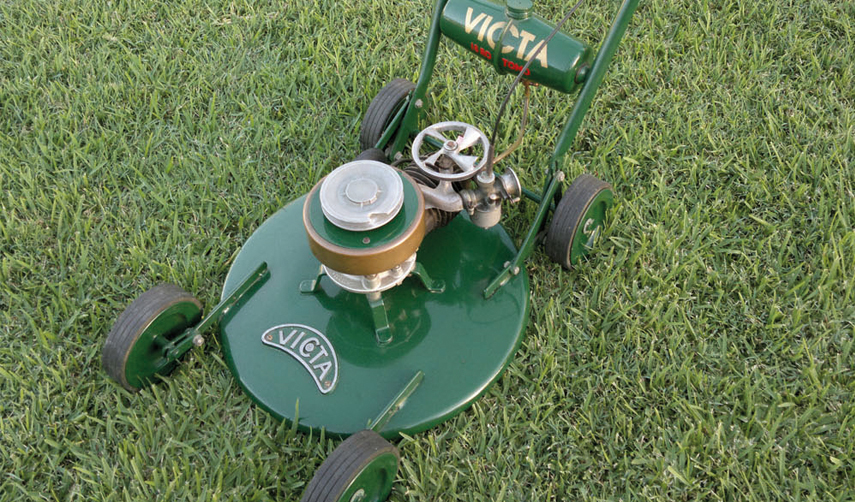 Take a glance back at the house, and on the roof many will find a solar hot water system. The first Aussie solar hot water system was developed by the CSIRO in 1953, by a team led by Roger N Morse. These efficient systems, manufactured by Solarhart, can now be seen on rooftops across the world.
Take a brief stroll to the garage, and you may find an electric drill sitting on a shelf. Melbourne City Council’s first electrical engineer, Arthur James Arnot, patented the world’s first electric drill in 1889. It wasn’t the nifty handyman-sized version in your shed, though; Arnot’s drill was designed primarily for excavating oil and coal. 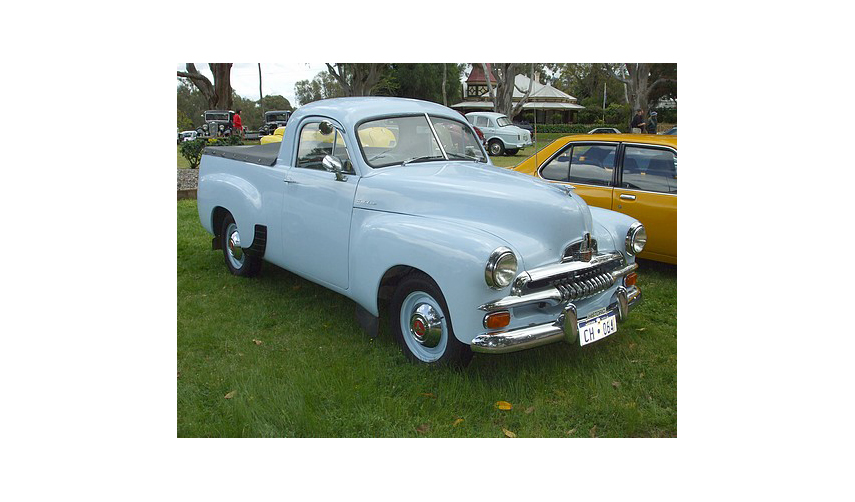 Also in the garage is another great Aussie icon, the ute. The utility vehicle was designed by Lewis Brandt at the Ford Motor Company in Geelong, Victoria. The first ute rolled off the Ford production lines in 1934. The idea is said to have come from a Geelong farmer’s wife who wrote to Ford in 1933, advising the need for a new sort of vehicle to take her ‘to church on Sundays and pigs to market on Mondays’.