Small businesses often have to find a niche in the marketplace to survive.
Geoff Helisma talks to two Yamba business owners, whose main markets are outside of the Clarence Valley, who have been trading for 11 and 21 years respectively. 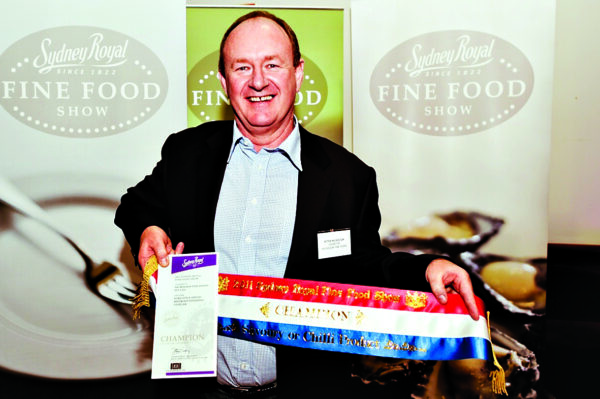 Peter Nicholson: Nicholson’s Fine Foods
Peter Nicholson started Nicholson’s Fine Foods in 2002. With $65,000 in his pocket, after 18 years working as a cook and chef in Melbourne, and small business and food technology studies behind him, Nicholson harboured a desire to create unique foods – he moved to Yamba, ready to take on the hard slog of creating and sustaining a small business.
Over the first four years, Nicholson worked six or seven days each week, alone, slowly building his market around the country – these days he has five employees working various hours. And, Nicholson’s creations live up to his business’s name, too – among the seemingly endless list of awards there are 11 national champion trophies for his exotic vinegars, sauces and mousses.
He shared some of his business philosophy: “As a self-funded business you have to reinvest your profits back into the business to help it grow, and, in business you can be a price taker or a price setter. If you’re a price taker, you’re like the co-op or the mill and you take the price you can get.
“I couldn’t run a business like that, I have to be a price-setter, so I use my 35 years of technical experience to create products from my brain and my heart, that no one else has created.”
Nicholson rummages around in a cupboard behind his desk and pulls out a bag of Australian championship ribbons. “They bring a springboard or a point of reference for quality,” he says. “To a certain extent, they’ll open doors, but if you relied on that to create business, it wouldn’t work.
“Everything dovetails into something else … it’s like getting dressed in the morning – underwear, pants, shirt – if you go out underdressed to a business meeting you’re going to look like you’re underdressed, underprepared.”
Nicholson has a Latin credo he refers to when times are tough – Fortitudine vincimus (By endurance we conquer). “I learnt it from a former employee, professional mountain bike rider Morgan Pilley, who worked here for a few months.
“Always be true to yourself. Work hard; it’s the fuel of life. Compassion, love, empathy will make you whole. Tread lightly on the planet. We are all spiritual beings first, human experience is an aspect of life.” 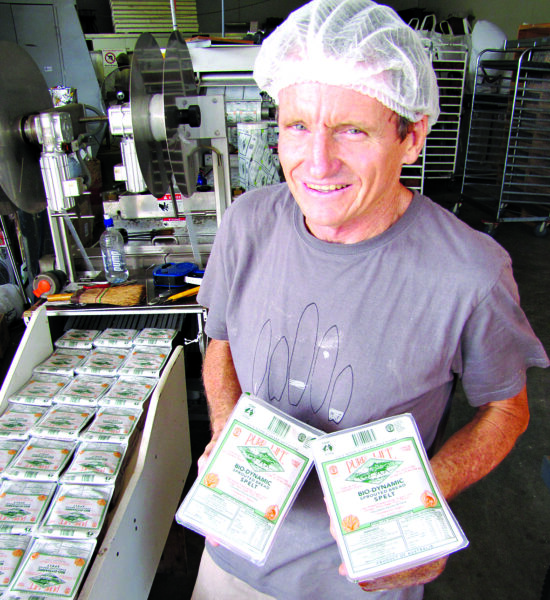 Terry Anderson: Pure Life
Baking bread made from sprouted grains is thought to have begun with the Essenes, a Jewish religious order originating in the second century BC. Sprouted grain bread is touted as being healthier than bread made from processed grains, so it is sold in many health-conscious stores. One brand, Pure Life, which is distributed in every state and territory of Australia, is baked by Terry Anderson.
Anderson bought the business in 1992. “It was very close to April Fool’s Day,” he quips. “I was looking for a business to buy, and I was eating the bread and liking it, so I took a punt on it.”
Pure Life started baking at Myocum in 1988 and moved to Yamba after being purchased by another Yamba local in 1990.
At the time, Anderson was working at a timber yard in the Yamba industrial estate (across the road from the bakery). Before that he was a clerk for 11 years, working in Port Moresby for the Papua New Guinea Government. Since being “shown the ropes” in 1992, it has been a matter of learning on the job through trial and error.
“The bread was different then,” he says, “they were using a different mincer. Over time I’ve worked out how to improve the mincer and fine-tune the sprouting.
“When I bought the business, the bread would break when it was cut, because the mincer didn’t do the job properly. We take the grains, soak them in water, drain them and soak them a second time, and allow them to grow until they sprout roots.
“A sprout is healthier than grain, which contains enzyme inhibitors that prevent proper digestion.”
Anderson says that when the grains are germinated, their nutritional content changes, retaining the natural plant enzymes, which improves digestion of the bread. Since going into business, Anderson has moved into a larger, purpose-built building, which has a 10 kilowatt solar array on its roof that produces around a third of the bakery’s energy requirements – he employs six people.
Several silos were built about a year ago and a new German-built conveyor and vacuum packer ensures the bread remains fresh as it is transported around the country.
The bakery’s products are unleavened (no yeast is used) and flour-free, so people with yeast and flour-related allergies can benefit from eating sprouted bread, which Anderson says, keeps (refrigerated) “for three to four months before opening and two to three weeks after opening”.“There’s no disadvantage being located in Yamba – here we have a good environment and a good water supply.”