The Lower Clarence Ladies Leaguetag team was on fire from the opening whistle against Casino, scoring within the first couple of minutes after individual speed and great teamwork.

At the break the Magpies led 22-0 after two tries to Emily Loy, and tries to Taleyah Hippi-Laurie and Zhanae Whalley, with three conversions to Emily Loy.

After the break, some great attack by Lower Clarence, moving the ball from side to side saw Zhanae Whalley score her second try.

Tries to Kaneisha Elisaia-Thomas and Zhanae Whalley (her third try for the game) saw the final score Casino Cougars 0 and Lower Clarence Magpies 34.

Casino crossed first in the first couple of minutes of play to lead 4-0 with the conversion unsuccessful.

Lenny Anderson then crossed for the Magpies and AJ Hickey converted, to put the Magpies into the lead. The lead was short lived after Casino crossed.

Travis Paul then scored for Lower, and with the conversion successful. Lower saw themselves back in the lead 12-8.

Another try to Lenny Anderson saw the Magpies increase the led 16-8.

A penalty conversion by AJ Hickey and try by Carl Laurie Jnr (Yudamun) saw the final score 24-16 to Lower after Casino posted another couple of tries.

Casino were first to score a converted try and penalty goal to lead 8-0. They increased their lead to go to the break 14-0 after another converted try.

After the break, a DJ Eamen’s try from a grubber kick and the conversion by Jacob Cameron-Clarke saw the Magpies on the board.

Shaun Laurie managed a similar try from a grubber kick and after an unsuccessful conversion, Lower were trailing 14-10.

The Magpies went to the lead for the first time after a barnstorming run saw Cody Walker score, the conversion attempt by Jacob Cameron-Clarke was on target.

However, victory was not to be after Casino scored two tries and a conversion. 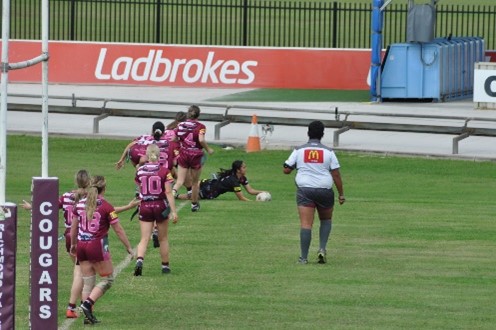