As a Maclean High School student in the graduating class of 2013, Lowana Littlechild had aspirations to become an optometrist from her teenage years.
A curiosity for science coupled with a keen interest in healthcare and
working to help people led Lowana down the path of optometry.

Many people are not fully aware of the scope of services optometrists are able to provide. As well as prescribing and selling spectacles, optometrists are involved in the diagnosis of eye diseases; fit and prescribe contact lenses; co-manage patients with ophthalmologists (medically-trained eye specialists); and can remove foreign bodies from the eye. Additionally many optometrists are now endorsed therapeutic prescribers of eye medications. In a regional community such as the Clarence Valley with a shortage of medical specialists, this is an important and valued role.
Lowana studied a Bachelor of Science, majoring in Vision Science and a Master of Clinical Optometry at the University of New South Wales in Sydney. Being a clinical degree, there were many placement opportunities which gave her a broad range of experience and chances to hone her skills. From private and university clinics in Sydney, Hobart and Melbourne, to rural New South Wales and as far as Arnhemland in the Northern Territory, Lowana has had exposure to a myriad of optometry settings and has had the chance to meet many characters from around the country.
Her time as a student optometrist in the Northern Territory was a particularly eye-opening experience for Lowana. Flying in light planes to remote indigenous communities in Arnhemland 200km north-east of Darwin was a unique opportunity to see a part of Australia most people have never imagined visiting. The challenges of providing eye care and spectacles in these communities with limited facilities furthered Lowana’s passion for remote and indigenous eye and healthcare in Australia.
Following graduation in 2018, Lowana returned to the Clarence Valley and has since been working for independent local practice Eyecare Plus, between Yamba, Maclean and Grafton. She also has a part-time role consulting for the Brien Holden Vision Foundation at the Galambila Aboriginal Medical Centre in Coffs Harbour.
In addition to clinical work, Lowana has also been actively involved in advocating for the optometry profession and other young optometrists. She is currently a member of the Early Career Optometrists committee and is co-chair of the rural and regional engagement subcommittee. She was also invited to participate in a working group formed by the University of New South Wales to advise on the best ways to improve the optometry workforce in regional and rural New South Wales. As with many other allied health professions, there is a difficulty in attracting optometrists to work in regional and rural areas – many of which have ageing populations with higher healthcare demands. It is Lowana’s view that aiding more students from regional or rural backgrounds to study optometry and other allied health degrees is a key part of the solution to this problem.
Outside of work, Lowana loves spending time at the beach and hiking around the beautiful national parks the area has to offer. She is also a keen sports fan and netball player.
Visit Lowana for your next eye examination at Eyecare Plus in Maclean, Yamba or Grafton.
Lowana Littlechild M.ClinOptom, B.Sc
Optometrist – Eyecare Plus Yamba, Maclean & Grafton 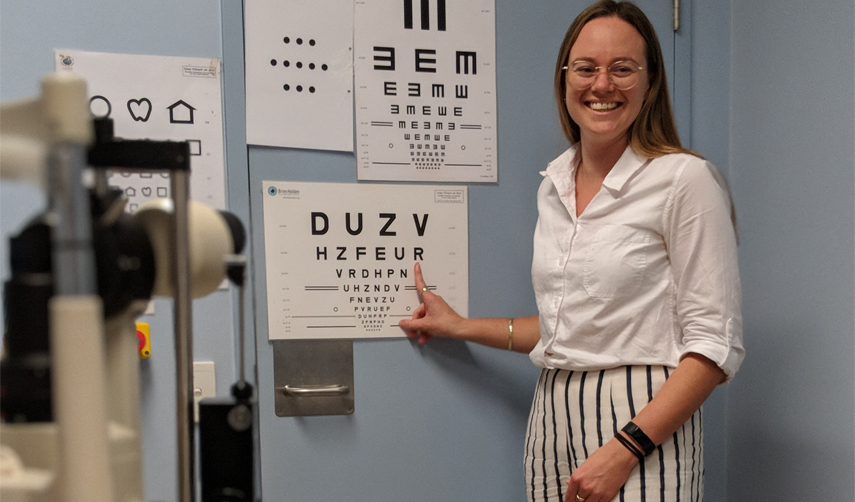 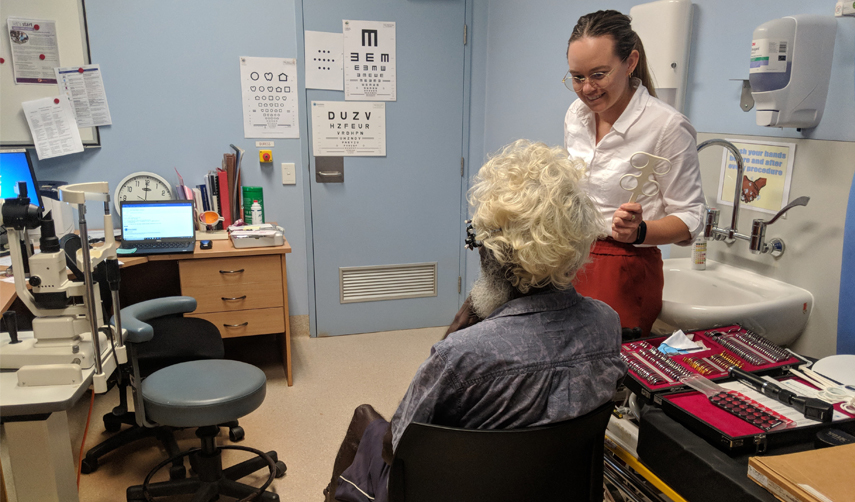