The site of the future Surf Motel was originally built on by Keir Carr, a farmer of Brushgrove. He and his wife, Bertha built a holiday cottage on the block but due to loss of view caused by erection of adjacent Craigmore Guesthouse in 1924, sold to Michael Psaltis of South Grafton, refreshment room proprietor, two years later. He turned it into refreshment rooms until 1930 when he sold to Archie Cook, proprietor of the nearby ‘The Ritz’ boarding house. He rented out the cottage until October 1946 when he sold it to newlyweds, Ian Alexander McLaren and Jessie Prentice (nee Cook) McLaren, his wife and daughter of Archie, and they opened up the two-level Ritz Cafe.

They sold out in 1954 and there was a succession of owners who used the premises as a cafe and real estate agency. Cyril and Jean Solomon were popular hosts in the early 1960s. In 1967, it was purchased by Kenneth Henry Apps, an investor of Yamba. He had converted the Ritz Cafe into the Surf Motel by the end of 1968 and ran it together with his wife, Hazel. 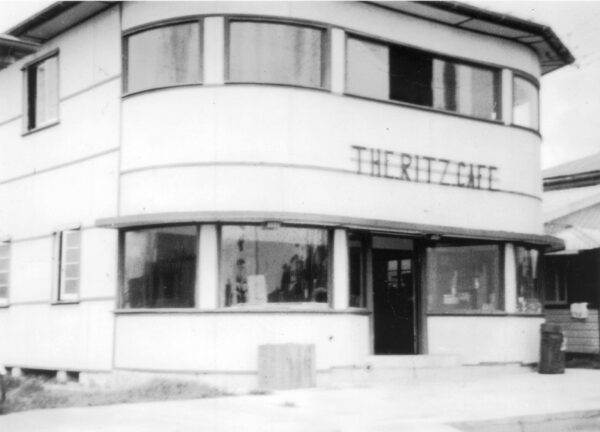 A new brick front was added creating an office and two very nice units with verandahs overlooking Yamba Beach. Behind them, in the old section, there was a residence and two units with three more unit’s downstairs. Sometime later, the residence was built downstairs and upstairs section became a family unit. The building then consisted of seven units, office and residence. It undertook a number of renovations over the ensuing years. 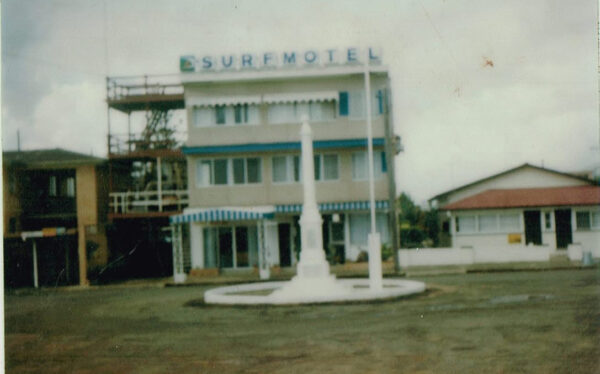 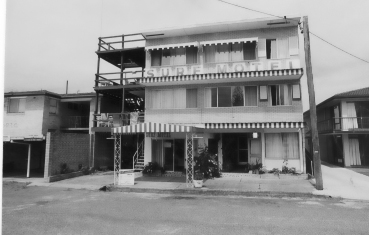 The next owners were Frederick Colin (a building and earthworks contractor of Yamba) and Jocelyn Olive Oxley, who purchased the property in June 1979. In early 1991, the Oxley’s decided to retire and sold the motel to Jan Cedric Dampney of West Tamworth. He managed the establishment with Lyn Saggers for two years and then employed a succession of onsite managers for the next seventeen years. In 2000, he carried out a complete renovation of the building.

Surf Motel before the 2000 renovations 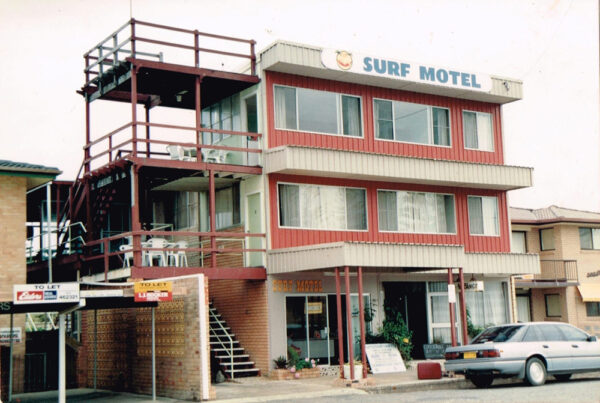 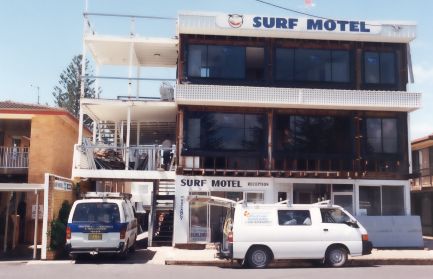 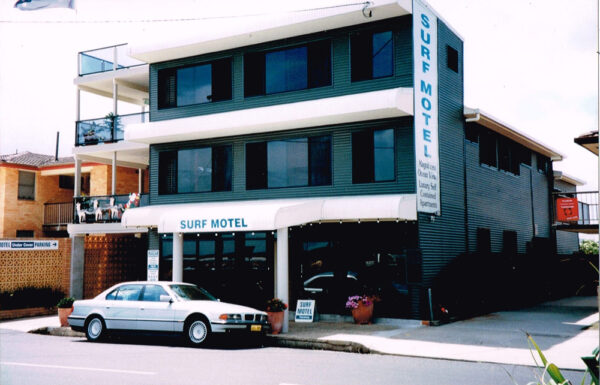 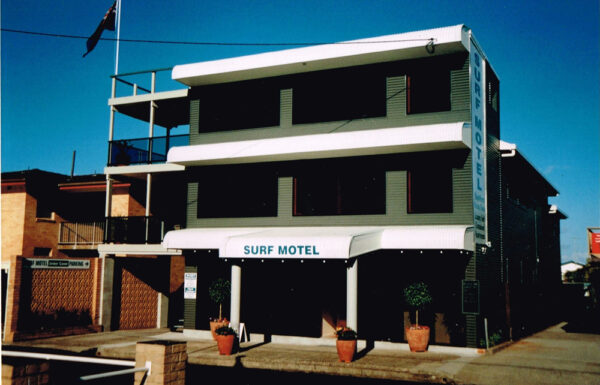 The motel was sold by an online auction in 2010 and was purchased in September by Mainrow Pty Limited of Deepwater for $1,922,000. David Mayne and his business partners purchased the motel in September 1910 – they also own the Barkly Homestead west of Camooweal in the NT. Mr David Mayne of Mainrow stated that he and his business partners were planning a $2.8 million rebuild featuring twelve new rooms, a cafe and luxury rooftop pool, hoping to get it done in winter of 2015.
However, due to approval problems with Clarence Valley Council, demolition of the old motel building did not commence until mid October 2019 and COVID restrictions further hampered the construction of the new motel, “The Surf”, such that it was not completed until August 2021. 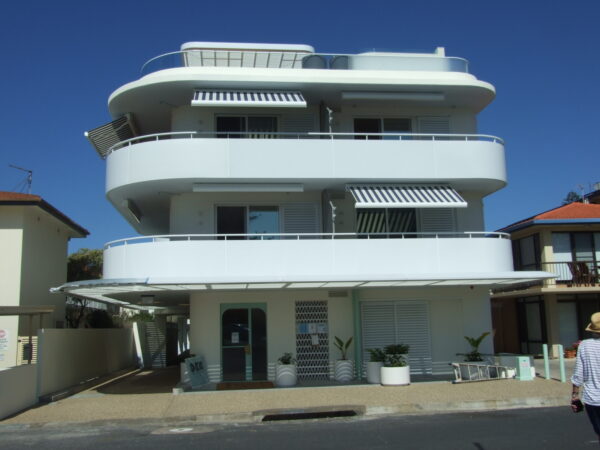 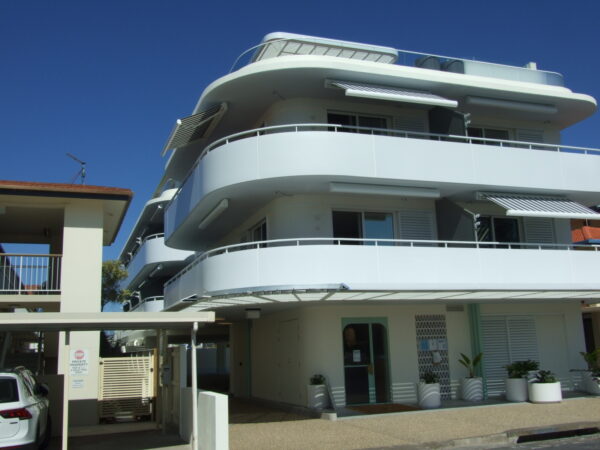