Channel 7 Sunrise viewers where given a glimpse of Yamba on Friday morning during weatherman Sam Macs ‘Virtual tour of Australia’.

Prior to COVID-19, the Sunrise weather crew had planned to visit towns around Australia that started with the letters A – Z, but due to COVID-19 they connected with these communities virtually via ZOOM (which is a video call platform where we were able to see each business in their element).

The towns which are visited, are chosen from community members emailing Sunrise and explaining what makes their town stand out and why they should be featured.

Local photographer Jessica Robertson of Jessica Robertson Creative said that she was watching Channel 7s Sunrise on Wednesday morning (last week) when they announced that Sam Mac was going to be combining (the towns starting with) X, Y and Z together, on Friday and she thought wow, ‘let’s do Yamba’.

“I know that other communities have rallied for months to make this happen, so I thought what are our odds – let’s give it a go,” Jessica said.
“I sent through a really nice email and the producer Sean Flynn came back pretty well straight away and said, “rally up the community and convince me”.

“So, we made a post on social media and the response from the community was phenomenal and that’s how we got here today (Friday).
“What a great opportunity for the valley; after drought, after bushfires and then after Coronavirus.

“Our little town has been quiet, which has been great for the locals to enjoy, but it’s really nice to put us back on the map and remind people that yes, we are here and we are open for business and ‘WE MISS YOU – COME BACK’. 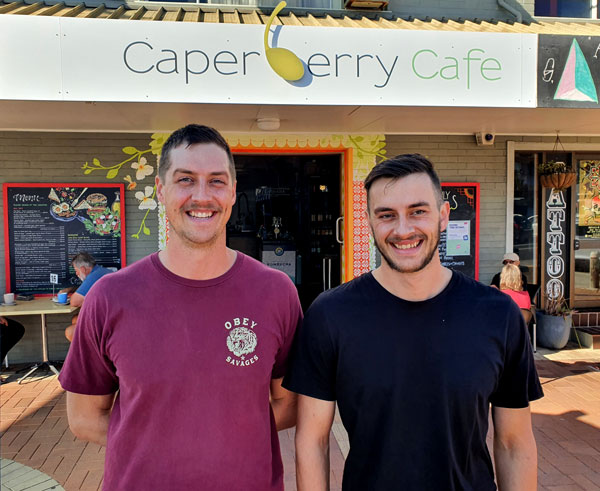 “The other Yamba businesses that appeared on ZOOM included, The Italian on the Hill, Yamba Bowlo Club Manager – Phil Boughton, Caperberry’s, The Bake House – Yamba and Just Enough Beach.

“Local musician Dom Ferry had some technical issues and was unfortunately unable to join in. I know that heaps of others entered, but it was too hard to choose between all us awesome people in Yamba,” she said laughing.

“You’ve got to be ‘out there’ to be on TV and I think that we all did a great job and represented Yamba really well.

“I love kayaking and I love going out there and filming on the water and I know how beautiful it is in the morning and I thought what better way to showcase Yamba than from the water with it’s beautiful sunrises and the estuaries that we’ve got here. The Clarence River – the biggest one on the eastern seaboard.

“You couldn’t have asked for a better morning,” she said. 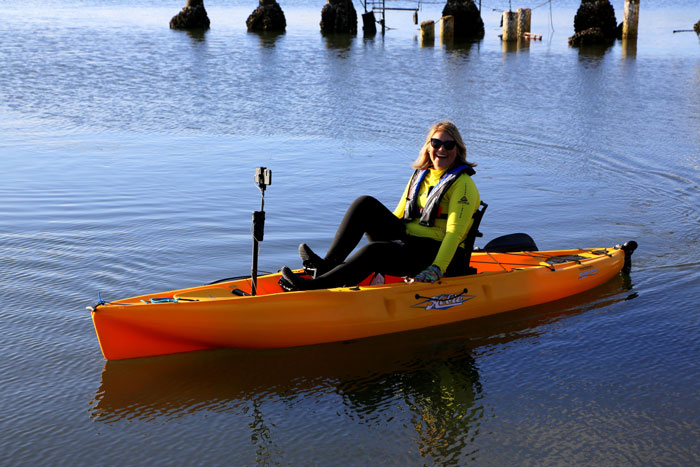 When introducing Jessica to Sunrise viewers from around Australia, Sam Mac said that she was described by his producer Sean Flynn (the human emoji) as ‘the friendliest stalker he’s ever encountered’.

“You campaigned so hard through emails and phone calls and messages – but it worked,” Sam Mac said.

“We’re sharing some of the (aerial drone images of Yamba) pictures that you’ve shot – so congratulations because they’re absolutely stunning,” he said.

Caperberry Café owners James and his brother Nick Allan said that they took over their family run business after moving to Yamba from Inverell about 18 months ago.

“Yamba has always been the family holiday place and we’ve come here every year of our lives, so we finally decided to make our holiday place, our home,” James said.

“After seeing Sam Macs virtual A-Z tour advertised on Sunrise, we thought what a great opportunity to get a bit of free publicity for Yamba, coming out of the COVID-19 period; we need all the help we can get.

“It was a fun thing to do and it went really well, and it was a great snapshot of all the businesses in town,” he said. 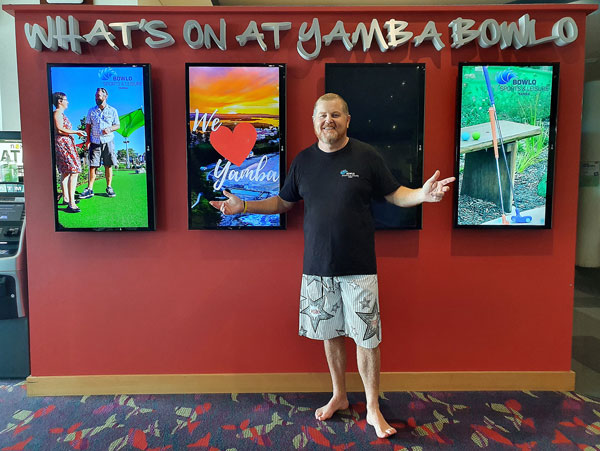 Yamba Bowlo, Club Manager – Phil Boughton had the whole Sunrise team in stitches as he explained the easy transition for visitors into Yamba’s relaxed lifestyle, as he stood up and removed his tie and shirt to reveal his t shirt and boardshorts.

“What I need to tell you about Yamba, is that when you get here you’re all dressed up, burnt out and stressed and then before you know it, you get your shirt off and your boardies on and you’re in Yamba time,” Phil told the viewers.

Phil told the Independent that after he realised that Jess was onto promoting Yamba (via the Sunrise A-Z virtual tour) he contacted her to let her know that the Club would love to participate.

“After what’s been happening to us here over the last 70 days with us being closed, we need the tourism,” Phil said.

“We knew we only had about 20 seconds, to be able to promote (Yamba).

“There was no way that you could promote everything about the Club and Yamba in that time.

“So, I had to do something that would create the right impression about what people should think about Yamba; we’re fun, we don’t take ourselves too seriously and when you get here, sit back and relax,” he said. 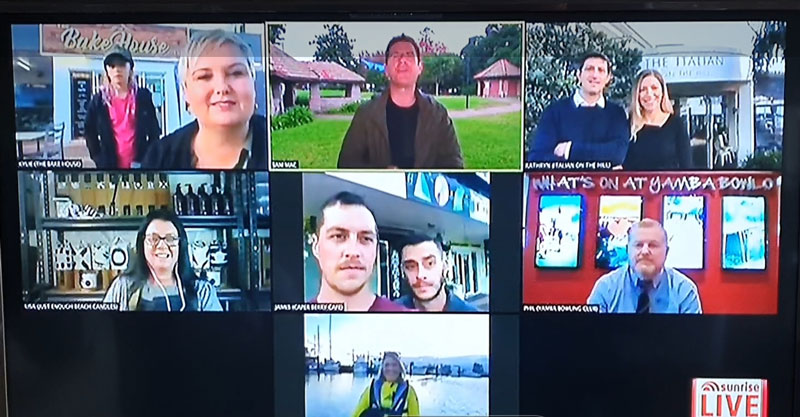