Yamba locals Lauren Addison-Mullins and John Mullins have quite an interesting family history; it really has to be heard to be believed. One fascinating element of their family history is the fact that John’s grandfather was ‘known’ to have captured the last Thylacine or Tasmanian tiger, affectionately named Benjamin. John’s grandfather’s name was Walter John Theodore Mullins. 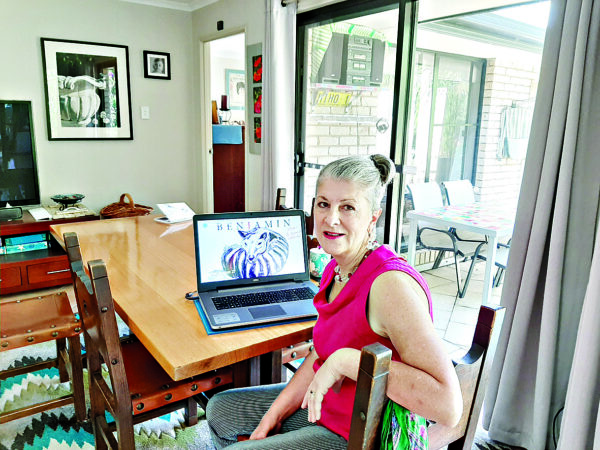 “He [Walter] captured the mother, [but] he was actually trapping kangaroos in the extremely remote Tasmanian wilderness, in a little place, Tyenna, in the upper Florentine Valley,” Lauren Addison-Mullins said.

Following the accidental trapping of the mother, Walter discovered that there were three joeys in the mother’s pouch. The mother’s leg had to be partially amputated where it was trapped. Walter then went on to raise the mother and her joeys.

“He raised the joeys, he didn’t cash them in, there was a bounty on their heads, he could have just got the bounty straight up but he didn’t,” Lauren said.
The joeys went on quite an adventure when they were in Walter’s care.

“He raised them and then he took them around Tasmania and showed them at the local fairs, agricultural shows and regattas and things like that. Then he went off to Victoria where he did the same and, given the era, it is quite fascinating,” she said.

When Walter had finished showing the family of Thylacines, he sold them to what was known as Beaumaris Zoo in Hobart.

“He sold them to Beaumaris Zoo for, I think, 55 pounds, which back in those days could have been quite a tidy sum,” Lauren said.

Beaumaris Zoo was an old fashioned zoological garden. The zoo was originally opened in 1895 at the private Battery Point residence of socialite Mary Grant Roberts. Mary Roberts was uneducated in animal science; however, she wrote the manual on the care and breeding of Tasmanian Devils and was hands on with all the animals, including the Thylacines or Tasmanian tigers.
As well as housing Tasmanian tigers and Tasmanian devils, it is said to have been home for more than 100 species of native birds. The zoo also featured wallabies, bandicoots, wombats, possums, potoroos, echidnas, kangaroos and quolls.

The great depression caused financial problems for the zoo and it closed in 1937. Just months after the closure, the last Thylacine (Benjamin) died after being accidently left out in the cold and catching hypothermia. The death of Benjamin signified the official extinction of the Thylacine.

“The Beaumaris Zoo eventually fell on hard times because of the depression but Benjamin apparently passed away once the zoo had changed to Hobart Council ownership. So it went from Beaumaris Zoo to Hobart Zoo and shifted location to what is now known as the ‘Domain’ in Hobart. Benjamin, I think he was about 12 at the time, actually died of exposure. So one can only assume that level of care wasn’t the same once the move to the Domain occurred,” Lauren said.

“In terms of John Walter Theodore, he was just a really hard working man and seemed to be quite an honest kind of guy.”

This amazing story is not something that the family has always known about, in fact they learnt about it fifteen years ago.

“John has a daughter, Angela, and she found the information accidently on Google and then shared it with the family,” Lauren said.

Coincidently, September 7 is known as National Threatened Species day. This commemorates the day that the last Thylacine in captivity, Benjamin, passed. Officially making the species extinct.