As the COVID-19 lockdown continues to loosen its grip, we welcome readers back to the first printed edition of the Clarence Valley Independent since March 25.

These are troubled times in the media industry and being able to publish again is very heartening, particularly given last week’s announcement from NEWS Corp that there will no longer be a printed version of its two local publications, The Grafton Daily Examiner and Coastal Views.

The loss of advertising brought about in no small part due to an exodus of business to online giants, has seen the disappearance of many dozens of printed mastheads over the past twelve months. The COVID-19 pandemic has been the nail in the coffin for many regional newspapers around Australia.

But we are back. The Clarence Valley Independent will take on where we left off, we will publish every Wednesday and distribute throughout the Clarence Valley and we will remain a free newspaper. Copies of the Independent are available at scores of locations around the length and breadth of the region.  We will however cease household delivery.

The Independent invites every social, recreational, and sporting club in the region to resume submitting articles for weekly publication in our printed edition as well as our all new website and social media platforms.

We believe the printed newspaper still has a role to play within the community and we will ensure we keep this region covered.

Keep an eye out for our print edition this coming Wednesday. 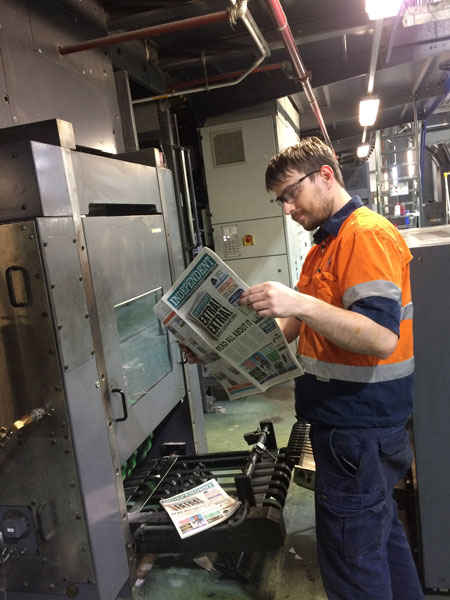 The decision to temporarily halt production of the printed edition was taken at a time of major change for the CV Independent. The federal government had announced early last year, grants under the Broadcasting Services Act of 1992. The Regional Grant Opportunity of the Regional & Small Publishers Innovation Fund was established by the government during a time of upheaval in the media landscape, as companies like Google and Facebook continue to impact heavily on advertising streams. The concept behind those grants was to assist smaller regional publishers transition their newspapers to a more significant digital platform.

The Independent applied for a Grant, and with the assistance of Member for Page Kevin Hogan and his staff, we were successful. Even though the Independent had a digital presence at the time, the Grant enabled us to begin planning for a significant improvement to both our website and our social media platforms.

We were informed of the success of our application in the first quarter of this year and commenced the recruitment process of specialists to carry out our digital transition.

The period around the weekend of the announcement by Prime Minister, Scott Morrison of significant changes within Australian society and the lockdown of much of the country was a momentous one for the Independent. On Friday we appointed a team to carry out work on our digital transition and on the Monday (following Mr Morrisons announcement) our advertisers started cancelling their bookings (a predictable move given most business in the valley were unsure of their immediate future).

Within the next few days, it became apparent we could no longer publish a printed edition and would have lay off most of our staff.

Things were now moving at a hectic pass and with the announcement of the governments JobKeeper scheme…we were able to retain our staff.

The Independent now had some breathing space. With our existing staff still able to work, we put all our efforts into the digital transition of the newspaper, mothballing our printed edition.

Our all new look website at www.clarencevalleynews.com.au was progressing toward its finished state but there was one late change. The public were pressing for a reintroduction of a hardcopy newspaper, something we could not proceed with at the time. The best thing we could do was to produce a digital copy of the newspaper online, which we did.

After the introduction of JobKeeper we had always intended to produce a printed version once the lockdown began to ease, and it became obvious at the start of last week that a “printed” copy was back on the drawing board.

Early last week we commenced notifying contributors of our intention to recommence publication of the Independent and response was instant in the affirmative.

Our decision was made all the more important given the News Corp announcement that they would no longer produce a printed newspaper in the Clarence Valley but rely on a digital presence.

Whether or not there will continue be a printed newspaper in the Clarence Valley will of course depend on the level of advertising support. And whilst we remain optimistic, the fact that the NSW Government has only last month announced local council’s will no longer be obliged to advertise in printed newspapers, somewhat dampens that optimism.