Want to create a bushfire safe haven for koalas, flying foxes and wallabies on your property? Byron Shire conservationists can show you how thanks to WIRES and Landcare Australia

In the aftermath of the Black Summer bushfires, Brunswick Valley conservationists are offering landholders in the region the opportunity to create habitat sanctuaries for impacted species including koala, possum, bats, flying fox and wallabies.

With funding from the WIRES Landcare Australia Wildlife Relief and Recovery Grants, Brunswick Valley Landcare is running the Wildlife Safe Haven program, which will support landholders with know-how in providing water, shelter and food for wildlife.

Landholders will also receive nest boxes, native plants, information packs, online resources and be able to borrow motion detection cameras to help them to identify what animals are on their property. A social media group will be created to allow them to share their discoveries and ask for help with identifications.

“Like so many parts of the country, the Night Cap National Park was affected by the bushfires late last year, compounded by the ongoing effects of drought, habitat for vulnerable species have been severely impacted,” explained Alison Ratcliffe of Brunswick Valley Landcare.

“This exciting program will act as a guide for the multitude of landholders who were impacted by the bushfires and want to make a real difference in the fight against the effects of climate change.“

“And it’s with fantastic grants programs like WIRES Landcare Australia Wildlife Relief and Recovery program, we can offer tangible support in safeguarding our vulnerable biodiversity.”

Landholders will be encouraged to do other simple things such as providing water, creating structural habitat features such as logs, rocks and ponds and encouraging fungi. The removal of invasive environmental weeds will be encouraged, especially those that have been seen to pose increased fire threats such as Lantana, Camphor Laurel and bamboo, and those that are prevalent after fire.

Alison added: “The outcomes for bushfire and drought affected wildlife will ultimately be bigger buffer zones around current habitat and an increased ability to move through the landscape to seek food or shelter.”

Launched in April 2020, the WIRES Landcare Australia Wildlife Relief and Recovery Grants is a pioneering alliance between two not-for-profits that have been part of the fabric of local communities for over 30 years.

64 environmental groups across the country will benefit from the landmark $1.185million grants partnership supporting recovery of wildlife habitats impacted by bushfire and drought.

Made possible due to the unprecedented volume of donations to WIRES from within Australia and around the world following the Black Summer bushfires, this grants program will support wide-ranging regeneration projects focused on restoring habitat impacted by the bushfires.

*Carrying on the legacy of Bob Hawke, who launched National Landcare in 1989, Landcare Australia supports the Landcare grassroots movement of individuals and groups who have a shared vision to restore and protect the environment in local communities through sustainable land management and conservation activities. 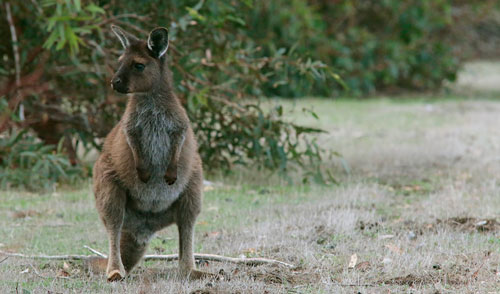