After finding further logging breaches in Wild Cattle Creek State Forest, NEFA is calling on Environment Minister Matt Kean to stump up by protecting important Koala habitat from further logging and ensuring that the EPA prosecute the Forestry Corporation for flagrantly breaking the new logging rules by cutting down giant trees and recklessly endangering the survival of other giant hollow-bearing trees and Koala feed trees. 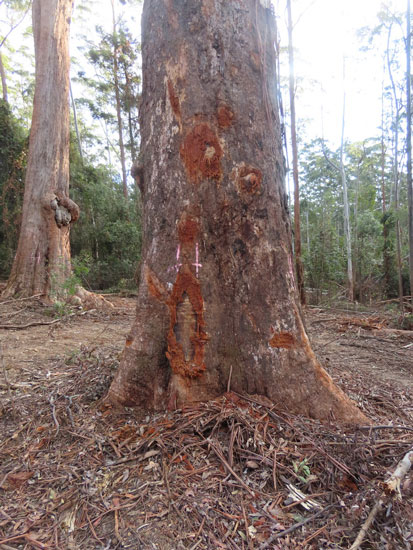 On 26 July Environment Minister Matt Kean claimed he wanted to see Koala populations doubled by 2050, stating “Koalas are the most iconic example of our mismanagement of the environment and we’ve got to say ‘enough is enough’.”

The EPA imposed a Stop Work Order over 3 compartments in Wild Cattle Creek State Forest near Cascade on the Dorrigo plateau on 18 July, 9 days after they found the Forestry Corporation had illegally logged 2 giant trees.

A brief audit by NEFA on the afternoon of 28 July 2020 found a further 12 breaches of the logging rules, comprising 2 more felled giant trees, with reckless damage to 4 giant hollow-bearing trees and 6 Koala feed trees, according to spokesperson Dailan Pugh

“The felled giant trees were around 1.5 metres diameter, and the giant hollow bearing trees damaged by logging machinery driving over their roots and bashing their trunks were 1.5 to 2 metres diameter.

“These massive awe-inspiring trees are the height of 10 storey buildings and 300-500 years old. They provide the large hollows that many of our iconic animals depend upon for dens and nests. They predate European settlement of Australia, yet the Forestry Corporation are recklessly felling and damaging them. This has to be stopped.

“These forests have also been identified as being outstanding Koala habitat. In 2017 the Office of Environment and Heritage identified the logging area as part of the largest cluster of resident Koala populations (Koala Hubs) on the Dorrigo Plateau, and last year the Department of Planning Industry and Environment identified it for protection as part of a greatly reduced Great Koala National Park to “provide a feasible and strategic balance between increasing protections for koalas, while minimising impact to forestry operations“.

“The pitiful 10 Koala feed trees per hectare the Forestry Corporation are required to retain in this forest are only 40% of the number recommended by the Expert Fauna Panel and the EPA, and even these they are recklessly and carelessly damaging.

“While it is important that the Forestry Corporation are prosecuted for their flagrant breaches of the new logging rules, if Premier Gladys Berejiklian and Environment Minister Matt Kean are fair dinkum about reversing the decline of Koalas the first thing they need to do is stop logging their homes and feed trees. 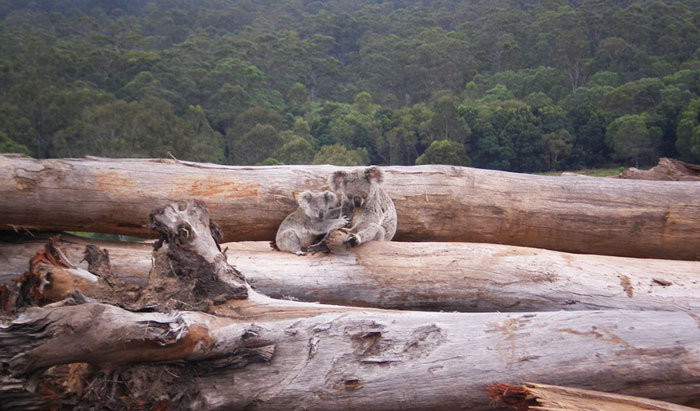