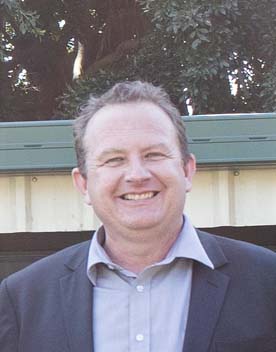 Australian Labor Party spokesperson for the Page Electorate Patrick Deegan, says the Federal Liberal National Government is treating pensioners like second class citizens by admitting the Aged Pension will not be indexed as scheduled in October, the first time it hasn’t been indexed since 1997.

Most other payments, including the Disability Support Pension, Carer Payment and JobSeeker Payment will not be indexed either.

According to Fix Pension Poverty, a third of Australians living on the age pension live in poverty and the Page Electorate, as the fifth oldest in the country, has a higher proportion of age pension recipients.

Those on the Age Pension, Disability Support Pension and Carer Payment are not eligible for the $550 a fortnight COVID Supplement and are again being left behind by the Government.

“This is the worst possible time to be putting the squeeze on the household budgets of seniors and the most vulnerable,” Mr Deegan said

“Pensioners have been facing rising health, dental, energy and grocery bills for years. And now they are set to go a full year without payment being indexed.

“With interest rates at record lows, pensioners with modest savings are facing a double whammy.

“Average GP out-of-pocket costs alone have gone up by $11 under this government.

“Cutting the pension is in the Liberal-National DNA. This Government has tried to cut the pension or increase the pension age to 70 in every single budget – and they have cut $1 billion from pensioner concessions.

“When Scott Morrison was Social Services Minister, he cut the pension to around 370,000 people by changing the assets test.

“The National Party needs to explain why they are allowing pensions to stagnate in the middle of the Coronavirus crisis.”