Members of the public attended The Lions Club of Yamba and Oz Fish Mullet Cook up. Image: Contributed
Sports

On April 23, it was a little rainy early in the morning but as the morning went by, the sun came up and the Mullet Cook up had a good turn out. Fresh caught mullet fillet, lightly battered, cooked by Hooked on Seafood, Maclean tasted marvellous. The majority who came went for second helpings.

This Mullet Cook up was arranged by Oz Fish, a not-for- profit organisation focussing on environmental rehabilitation and restoration of fishing grounds and waterways, working closely with fishing industry and the broader community. A gold coin donation was all you needed to taste the generous mullet fillet. The donations for the day were handed to the Lions Club of Yamba for their nonpartisan local community work. The Lions Club of Yamba also sold soft drinks during that morning. 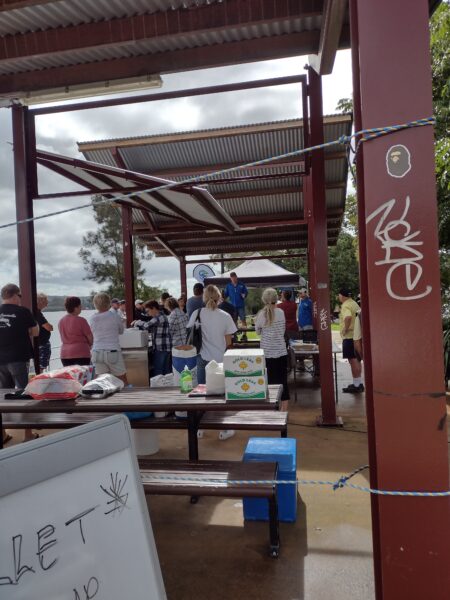 The talk by Craig Copeland, the CEO of Oz Fish, was very informative, pertaining to the work of Oz Fish and the research they do in protection and rehabilitation of fishing grounds and waterways. 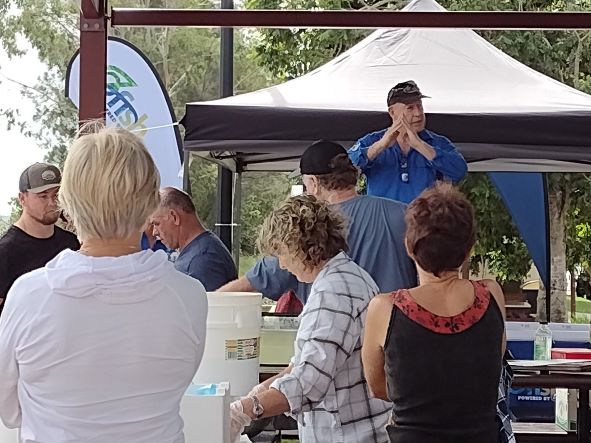 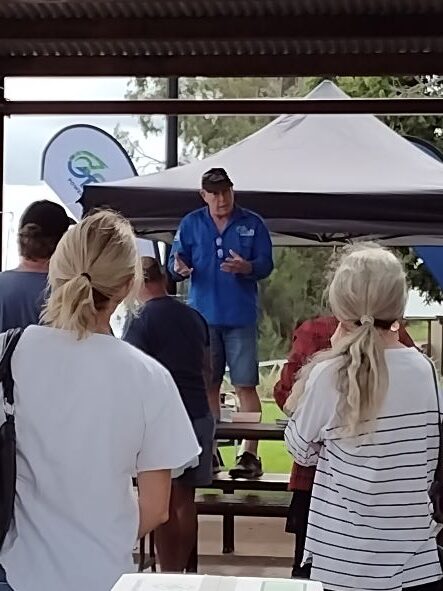 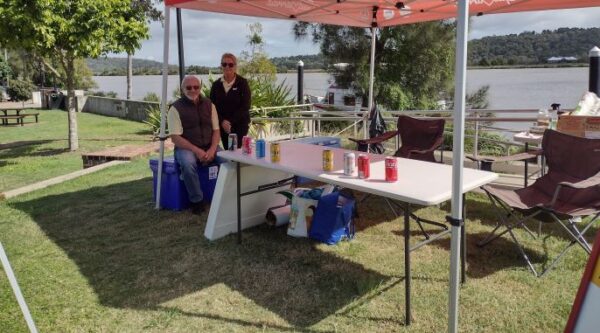 The visitors to the Cook up had excellent discussions speaking to the Oz Fish staff about the Clarence River and the fishing industry. The economic contributions of local commercial fishermen, the fears of overfishing, right methods of fishing and how habitats needed protection and restoration were discussed. Present were local fishermen representative Mr Graham Lloyd, the Lions Club of Yamba President Barry Gazzard, as well as Councillor Deborah Novak and Council staff. It was a good informative day. Unfortunately, some indicated in social media they would have loved to come. Turn up next year!