Down through the years there have been many changes in the provision of public school education in Yamba.

Following a refusal by the government in 1868 to establish a Provisional School at Yamba (then called Clarence River Heads), the residents nevertheless went ahead and the lighthouse keeper, William Walker, conducted classes for about nine children in his cottage on Pilot Hill, Schools’ Inspector Jones inspected Yamba Provisional School on Tuesday 30th November 1869. He reported that “the school room is very small and ill furnished. There is neither play ground, out-offices, lavatory nor water and the time of the teacher is partly occupied in the pilot service”. Walker had to terminate in February 1870 when he was told that the holding of a second job contravened the Public Service Act. 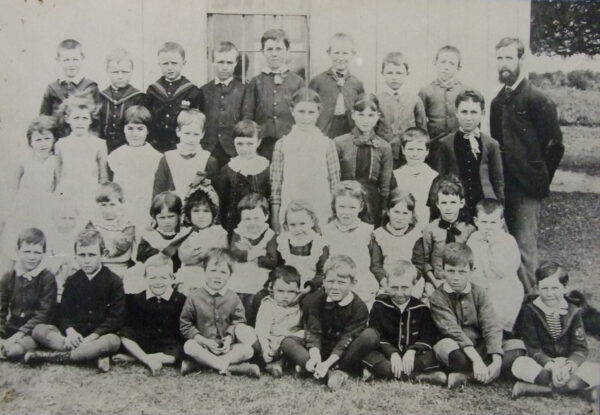 The residents, represented by publican Walter Black and customs officer, Arthur Hood Pegus, tried again in 1876 with a promise of fifteen children. The government favoured a location on Pilot Hill, but the residents considered it to be too open with uneven sloping land and preferred a site on Section 9 in the Town surrounded by Wooli, River, Coldstream and Claude Streets. While the government procrastinated, Pegus and Black organised a public subscription and built a sawn timber building on the land and procured a teacher who collected fees from each pupil. However, by 1882, the local parents complained to the local member that the school was unoccupied, and the children were roaming the streets, so the government established a Provisional School in the existing building.

Public schooling commenced but in 1885, Pegus demanded £45 ($90) from the Government for the building and locked it, forcing the new teacher, Colin McKinnon, to break in through a window. The Department of Public Instruction finally decreed that the building had been erected from public subscription on Crown Land and he thus had no claim for compensation.

With escalation of the river entrance works, it was decided in 1891 to erect a new school building and teacher’s residence to accommodate upward of 70 children. Grafton builder, George Wunderlich, won the contract for £918.15 ($1839) and completed the construction by September. 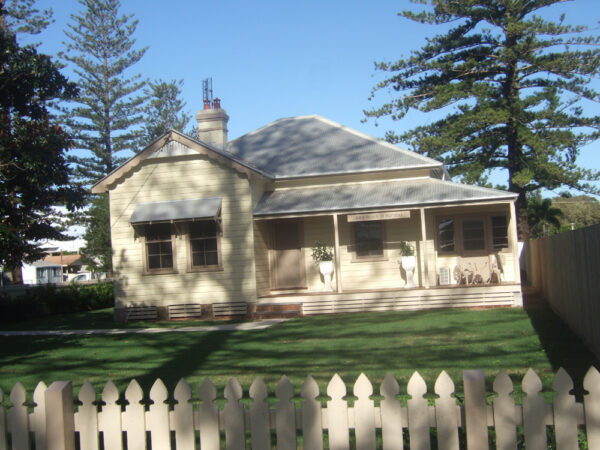 Parents complained in 1897 that the undergrowth of ferns etc on the school grounds harboured reptiles such as death adders and demanded an urgent clean up.

More buildings were added to the campus over the ensuing years until in 1980, with an enrolment of over 200 pupils, a new public school for Yamba was placed at the top of the priority list for the Grafton inspectorate on a site being considered along Angourie Road. It was not until 1986 that clearing of the new site commenced and the land was filled with sand dredged from Shores Drive. Construction of the new $2,812,617, 420 student primary school was begun by EE Lahey Constructions of Kempsey in 1989. The new school consisted of 10 classrooms, a Communal Hall, Library and an Administration block and ample playgrounds. On 28 August 1990, the headmaster, Geoff Gorman, proudly marched the pupils and staff to the new school after over 108 years in the old site.

The Yamba Bowling and Recreation Club acquired the old site in Wooli Street and all buildings were demolished except for the 1891 teacher’s residence on the corner of Wooli and River Streets. The Norfolk Pines planted on the school grounds in the mid 1930s were also retained including the Bert Hinkler Memorial Pine.