It made a lot of sense to me! Which was quite refreshing for I’ve learnt not to trust everything I read on Google or Facebook. But this was a simple statement that underlined an important reality, reading something like: “Doctors and researchers publish their findings in technical journals – not on Facebook!”
Who we turn to for advice is a critical issue in our complex society, for we need to have confidence in our sources and the advice and guidance given. This was a point I pondered when taking on a comparatively simple job this week. My motorhome-bus had an oil-leak. Not a big issue in itself, but one that had been brought to my attention during the course of its roadworthy inspection. Not critical, but something that needed to be addressed sooner rather than later.
So, with a little free-time this week, I pulled up the floor panel to access the top of the engine, and after thoroughly cleaning up the oily grime, removed the rocker-cover in order to check the condition of the gasket before re-tensioning the securing bolts. 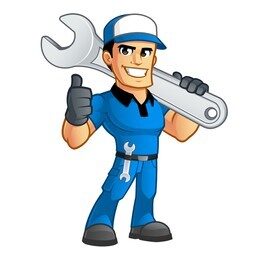 All seemed in order, except that the aforementioned bolts were little more than finger tight. “Ah”, I thought. “That’s the problem. The bolts are loose allowing oil to seep past the gasket”. The gasket itself appeared to be in good condition, and I prepared to replace the rocker-cover and secure it more tightly.
That was when I began to wonder if I should consult my mechanic – obtain a second opinion as to the serviceability of the gasket. From experience, he would be able to reassure me that my assessment was correct and that it was fit-for-purpose.
Long story short, said mechanic guru pointed out that the old gasket had been squashed over time to the extent that there was little, or no cushioning left to enable an oil-tight seal – no matter how tight the bolts were tensioned. He advised me to purchase a new gasket – which I did.
At the same time, with the area now cleaned up and accessible, I’d noticed a grease-nipple that was clearly designed to lubricate the water-pump bearing. So, I decided to pump in some grease while I could get at it easily. Mentioning this to my mechanic-friend, he warned me to be very careful – and very sparing – with the grease, in order to not damage the seal.
I was grateful for his advice – and followed it to the letter.
Had I not consulted the expert, I may have failed to stop the oil leak from the rocker-cover and damaged the water-pump to boot!
Navigating our way through the complexities of life has never been easy, and needless to say, many people end up damaging relationships and generally making a mess of their lives through carelessness or ignorance. In a way, the bible points to this issue by telling us that there is often a way that seems right to us, but in the end, leads to disaster. And we do see this happening around us – every day!
We can avoid these pitfalls by being prepared to consult a trusted source of information. And who better to talk to about living full, satisfying, meaningful and safe lives, than the One who created us and knows us intimately. God is always ‘on-line’ to save us from making costly – and often fatal – mistakes. We just have to ask!