An Old Message – but a Vital One

“What the world needs now, is love…” So begins an old – but very good – song, composed by Bert Bacharach and made popular by Dionne Warwick. It’s a song that has stood the test of time because of its extremely attractive melody and a great message. And it’s a message that continues to resound with ever-increasing urgency in these troubled times. Think about the difference an unqualified, mass commitment to love and care for each other would make in Kabul at this moment. Consider the effect if every single person in Australia today wholeheartedly embraced the urgent imperative to be vaccinated against the Covid bug – both for their own sake and for the sake of everyone else around them.

But the adopted values of the world exist on an altogether different plane. Charles Swindoll, in his book “Living Above the Level of Mediocrity” writes that the world’s value system is committed to at least four major objectives, summarized in four words: fortune, fame, power and pleasure. Expanding on the first of these, Swindoll states that the world system is driven by, and feeds on, materialism. On the issue of fame, he equates that with popularity – pointing out that fame is the longing to be known, to be somebody in someone else’s eyes. Then on the issue of power, he points to mankind’s desire for influence – to maintain control over individuals or groups by manipulation and maneuvering – all for the express purpose of securing a significant personal benefit. And in relation to the fourth value, Swindoll states that at its basic level, pleasure has everything to do with fulfilling one’s own personal, sensual desires. That it’s the same mindset behind the slogan: “If it feels good, do it.”

As the title of Swindoll’s book suggests, at best, preoccupation with these values means the world never rises above the level of mediocrity – never achieves its God-given potential to reflect his own will and purpose, firmly based on mutual love.
God took a risk when he created us. He gave us the freedom to choose his way or the highway – the latter being the path to selfishness and, ultimately, destruction; for love is only love when it flows from a free and willing spirit. 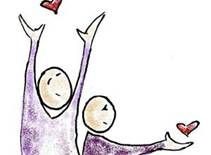 Sadly, history has shown time and time again that the combined activities, affairs, advantages, and accumulated assets of the world have failed the Creator’s love test. And that failure is a fundamental and fatal flaw. The writers of the Christian scriptures refer to these flaws as corruptions and pollution and, (commonly), sin. This is a way of saying that mankind has generally ‘missed the mark’ – ie. failed to hit the Creator’s target – let alone the bullseye.
The mitigating factor in all of this is that because of God’s grace – undeserved love – all is not lost. The world as a whole or individuals in their own lives, by their own decisions and choices, can turn this around. Choosing to embrace God’s way of love, as exemplified by the life of Jesus, can and will save the world – or at the very least, save the lives of those individuals who choose to buck the self-serving trend and devote themselves to the love of God and those he’s created. And that’s good news in anyone’s language!