Rolling Stone Australia has answered the question ‘what is the best homegrown album?’, announcing their full list of the 200 Greatest Australian Albums of all Time for their latest issue, in partnership with the world’s leading sound experience company, Sonos.

The new double-length issue features a special edition cover illustrated by proud Yuwi, Torres Strait and South Sea Islander artist Dylan Mooney, and underlines the homegrown nature of all the amazing albums discussed throughout the issue.

“It’s been an amazing experience to go in-depth with many of these records, realising and understanding the blood, sweat, and tears that went into making each and every one,” he said.

“It’s been an honour to go back and listen to all of these records, rediscovering some old favourites, uncovering some new favourites, and shining a light on some of this country’s finest artists. I can only hope that everyone has much fun delving into this list as we had compiling it!”

A full 55 years of Australian musical history is appreciated. Going all the way back in time with two albums released within months of each other back in 1965, the list runs all the way through the next five-and-a-half decades, with its most recent entries being released within days of each other just last year in the midst of the COVID-19 pandemic.

The most common year for an album to have been released was 1991 (with eight records featured from that year), yet the average year of release was 1997. Meanwhile, a huge 27 records were produced solely in-house by the recording artists themselves (with a further three albums produced by artists who would later join the bands they worked with).

The shortlist was compiled after an exhaustive nomination process that included over 800 industry figures, journalists, producers and artists. A hand-picked group of internal staff and music experts then undertook a deliberation process, before the final list was decided upon by Rolling Stone Australia using criteria that covered the cultural and critical impact of each record. 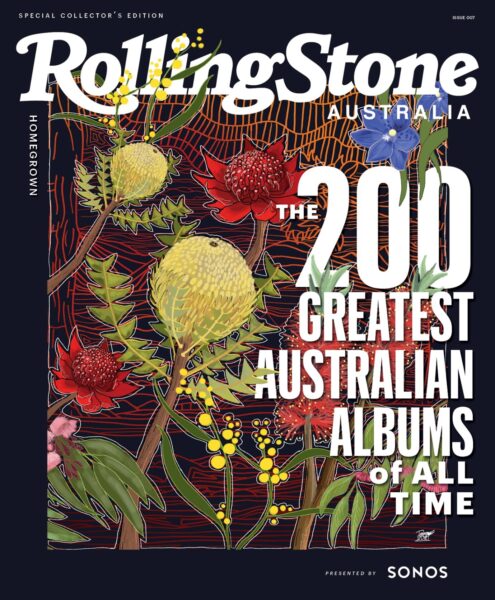