Electric vehicles are becoming more popular in Australia albeit off a low base with a 149 per cent increase in new car sales in 2019 compared with 2018, the National Transport Commission’s Carbon Dioxide Emissions intensity for New Australian Light Vehicles 2019 report released this week shows. 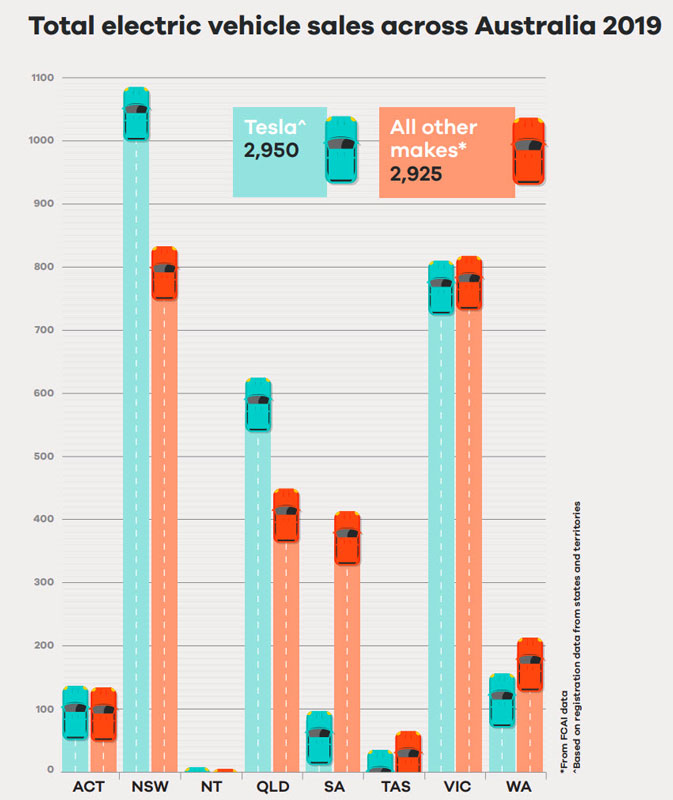 Electric vehicle sales have increased from 2,357 in 2018 to 5,875 in 2019. However, the total number of electric vehicles on Australian roads at 14,500 makes up a very small proportion of the nation’s almost 18 million cars and light trucks.

Executive Leader Sustainability for the National Transport Commission, Sandra McKay, said that the report helps inform governments, fleet managers and consumers about Australia’s purchasing trends and the collective impacts of our buying choices.

‘One of the key findings in the report is that if we choose new vehicles based on emissions performance, we can have a significant impact.

Australians’ consumer preferences over the last decade have shifted towards heavier vehicles with larger and more powerful engines, the analysis has found.

European and Asian markets are trending towards smaller vehicles with lower emissions.

‘With consumers becoming more aware of their carbon footprint and with the slow but increasing popularity of electric vehicles we hope that our report will help anyone looking to purchase a new vehicle see how easily they can make a real difference,’ Ms McKay said.

The NTC’s report uses data from the Federal Chamber of Automotive Industries (FCAI) to report on the national average carbon emissions intensity from passenger and light commercial vehicles sold in Australia. The NTC thanks the FCAI for the data used in the report. 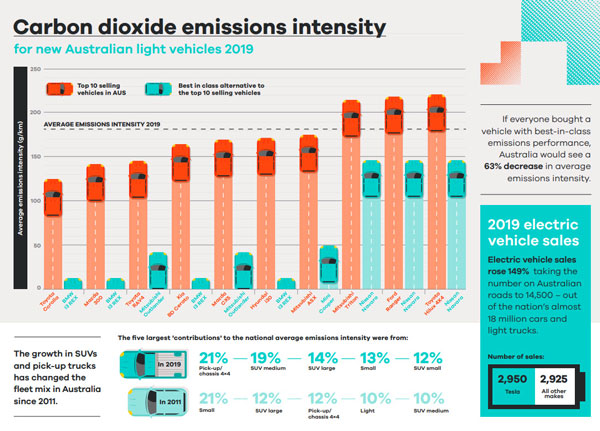 Other key findings in the report include:

To read the full report visit the NTC website: www.ntc.gov.au/transport-reform/light-vehicle-emissions