The shift from coal to clean energy could stall, however, without a state renewable energy target, the Nature Conservation Council has warned.

The biggest increase in the renewables space was large-scale solar, which was up 57%. Wind increased 40% and small-scale solar rose 30%.

“This is an exciting shift in the right direction, but growth of clean energy is stalling due to a lack of power lines to our best wind and solar producing regions,” NCC Chief Executive Chris Gambian.

“The latest Australian Energy Statistics are a fantastic result because more solar and wind means more renewable energy jobs for NSW, lower power bills and a cleaner energy system than we have ever had.

“But NSW still has a long way to go. This state still sources only 19% of its electricity from renewables while coal generates pretty much the rest.

“That’s well behind South Australia, which sources over half its power from clean sources, and it lags Victoria, where 21% of electricity comes from wind and solar.

“Now that the federal renewable energy target is finished, NSW needs to step up with its own target. Queensland, Victoria and South Australia all have targets and they’re bringing on lots of new generation. NSW must do the same or we will be left behind.” 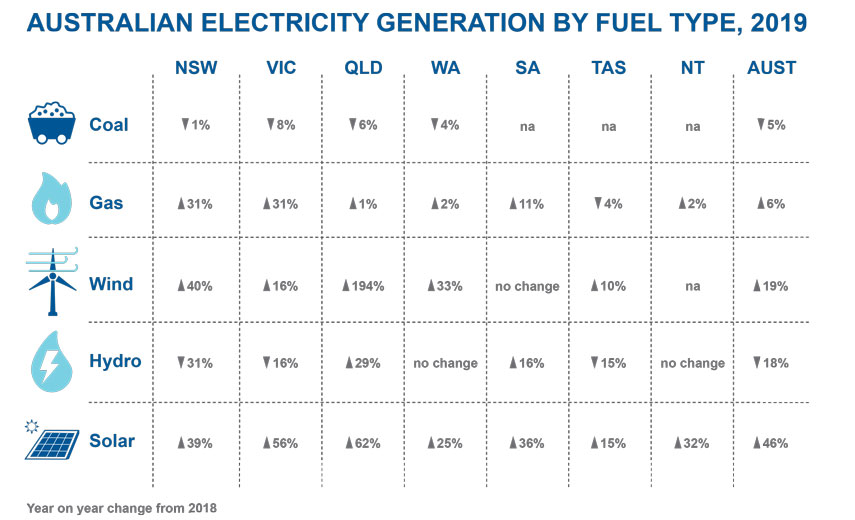