Remembrance Day services were held around the Clarence Valley on Sunday, to commemorate 100 years since the end of WW1.

Around 150 turned out at the Maclean cenotaph to pay their respect and remember those who gave their lives.

President of Maclean RSL Sub-Branch, Major Stephen Walton (Ret’d) said it was a beautiful day for such a sad occasion, to remember the 60,000 who died during the 1st World War and particularly those who are on our own memorial.

“The war cast a long shadow over Maclean and district; we lost our fair share of sons and brothers and husbands,” Mr Walton said.
“It’s important for our community each year to remember that sacrifice.
“This year marks the end of the centenary commemoration of the 1st World War.
“In 2015 we had the centenary of ANZAC and now in 2018 we have the centenary of the end of the war the armistice.
“It was wonderful to see how many attended this year,” he said. 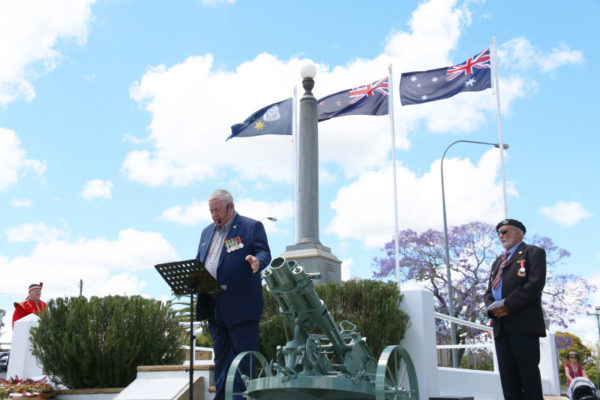