The razor wire on top of the fence that surrounds Clarence Valley Council’s new depot at South Grafton is a contentious issue for some community members. The fence, as viewed from Skinner Street, and the fence that separates the school for the depot. Images: Contributed.
Latest News

Comments range from “it looks disgusting” or “it does look extreme”, to “do you really blame the council for protecting their property? I have seen the damage vandals have done to the buildings of the old treatment plant … we’ll get used to it” and “I don’t see the problem with this”.

Meanwhile, the development application (DA) for the depot states: “the site is not considered to be at a high risk for crime, nor is it considered likely to increase crime in the area.

“The development has been designed to respond to potential crime risks.”

Part of the fence is located on the boundary between the depot and South Grafton High School.

The Department of Education and Training issued the following statement, responding to the Independent’s enquiry: “On returning to school after the holiday, staff noticed razor wire possibly encroaching on the top of the school’s security fence for a short section where the school’s Agriculture plot borders the Council depot.
“The Education Department and Council are consulting to ensure any fencing is appropriate to the boundary.”

President of the school’s P & C, Tracy Hunt, said she could not comment on the issue until discussions with the school’s administration had taken place.

The DA, which was publically exhibited, does not specify how the fence would be treated for security purposes, apart from nominating its height, 2.4 metres.

However, that section of the DA states: “A number of street trees will be planted … to provide a barrier between the new works depot, the road and adjoining properties.

“Additionally, the tree planting will act as a form of access control to restrict the movement of people into the site at inappropriate points and to create a clear border between public and private space.”

The DA’s ‘Context, Setting and Streetscape’ section states: “With appropriate boundary landscape treatment, it is anticipated that there will be no significant visual impact on the residents in Tyson Street or visitors to the school.”

This statement is subject to “Appropriate supplementary screen planting around the boundary of the proposed works depot; Consideration being given to the orientation of any directional lighting; and, Appropriate fence treatments”.

“The proposed development is unlikely to adversely impact on the existing semi-rural amenity and available rural views currently enjoyed by nearby residents and road users,” the DA states.

On the issue of security, after considering the Socio-Economic Indexes for Areas (SEIFA) score from the 2011 Census and data from the NSW Bureau of Statistic, the DA states “crime rates in South Grafton are considered low overall”.

“This is a valuable facility containing assets that help us perform our works within the community role,” he said.
“If there was a break in and damage to any of the services or equipment it could make us, or at least part of what we do, inoperable.” 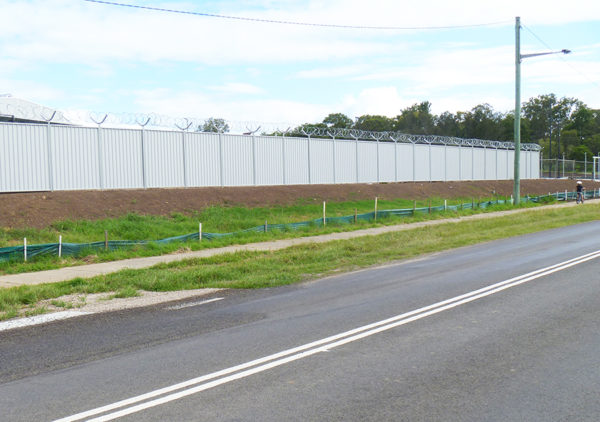