Cancer Council NSW has welcomed new data showing the North Coast PHN has recorded its lowest ever smoking rate in people aged over 14, at 12.9%. On a state level, NSW smoking rates have also hit a record low of 9.5% in 2019.

National data from the Australian Institute of Health and Welfare’s National Drug Strategy Household Survey showed the number of daily smokers aged over 14 has fallen significantly since 2016, with 11 per cent of Australians now smoking (down from 12.2 per cent in 2016).

Caitlyn Feldmann, Northern NSW Community Lead said that while it is encouraging to see Northern NSW make improvements, there is still a lot of work that needs to be done before smoking rates decline to match the rest of the state.

“It’s exciting to see this data matching the trends that I’ve seen in Northern NSW as more and more people put their cigarettes away for good. Even small improvements now will pay huge dividends in the future, resulting in thousands of averted cancer cases.

“But now is not the time for complacency, we are still lagging far behind the state average and there is much more to be done. First and foremost, it is so important that adults educate our kids on the dangers of smoking and keep these youth smoking rates as low as possible.”

Alecia Brooks, Manager Tobacco Control at Cancer Council NSW said most of the decline in NSW had been driven by reductions in smoking among young people, reflective of a suite of proven effective tobacco control measures implemented by governments over decades such as health warnings and smoke free environments.

“We are now seeing the percentage of younger people who have never smoked reach an all-time high. 66 per cent of NSW residents now reporting they have never smoked and at a national level that figure increases to almost 97 per cent among those under the age of 18.”

While the data shows an all-time high percentage of young Australians who have never smoked, conversely, declines were slower in older age groups, highlighting the need for continuation of effective tactics to bring smoking rates down further among all populations.

“Based on what has worked in the past, what we most urgently need is a revival of the impactful, graphic, antismoking campaigns seen in the 2000s. Research shows these ads are effective in reaching older smokers – particularly those with families who have smoked for some time and may be increasingly susceptible to hard-hitting messages about the health harms. If these ads are aired regularly and with sustained investment, I’m sure we will once again see smoking rates plummet as they did in reaction to last decade’s campaign activity.

“But mass media campaigns are only one aspect of a three-pronged attack needed to drive further reductions to smoking rates. We must also focus on expanding smoke-free environments and strengthening tobacco retail policy. With the draft new National Tobacco Strategy in development, the next few years present a huge opportunity for state and national governments to work collaboratively with industry bodies, like Cancer Council, to create real change that will save thousands of Australian’s lives in the years to come.” 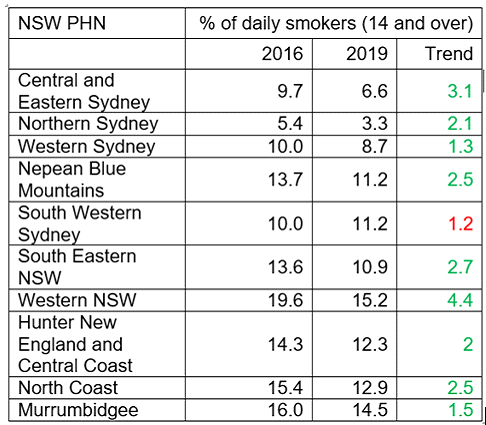