For more than 100 years a must see attraction at any Sydney Royal Easter Show is the “District Exhibits” displays of produce, these giant dioramas nowadays situated in the iconic The Dome at Sydney Showground, Sydney Olympic Park.

While they attract the admiration of almost everyone who visits the Sydney Royal Easter Show each year, they are a great sense of pride amongst the communities that make up each of the traditional five “Courts” (Royal Agricultural Society of NSW regions) in NSW and South East Queensland.

While each display attracts the votes of the public, leading to “The People’s Choice” Award, behind the scenes it is a very serious business, with expert judges spending many hours examining the produce in intricate detail and awarding points for the quality of the contents of each display.

For Sydney Royal competitors, a win is testament of achievement at the highest level.

However the success of these exhibits is very much about the commitment of individuals including selfless volunteers committed to making them happen.

The Northern District is one of the most successful of the Districts since the competition began in 1911, second only to Central District.

The Northern District has won the prestigious District Exhibit Shield Perpetual Trophy an incredible 27 times, including an almost total domination from 1926 through to 1940 and on eight occasions in a row from 2005 until 2012.

Northern District stretches from Tweed Heads, west to include the farming districts around Brewarrina and Walgett and back to the coast, encompassing areas around Coffs Harbour.

Northern District is keen to reclaim its crown at Sydney Royal and stop the two year winning run of South East Queensland.

However to do that organisers of Northern District need the support of local communities.

Northern District is today publicly calling for a person with the knowledge, expertise and skills to take on the role of Manager for the Northern Districts commencing with the 2020 Sydney Royal Easter Show.

However more immediately the District is seeking help to put together the District Exhibit for the 2019 Sydney Royal Easter Show including;

“Our District has always taken a lot of pride from our District Exhibits displays at the Sydney Royal Easter Show and we have had phenomenal success, but there is always a lot of work involved and these displays can never come together each year without planning, a community spirit and top class product,” said Brian, President of Northern District.

“If there is anyone in our District who is willing and able to volunteer their time, product we need for the display or even their skills to help put out display together, we would love to hear from you,” he said.

Brian can be contacted via; [email protected] 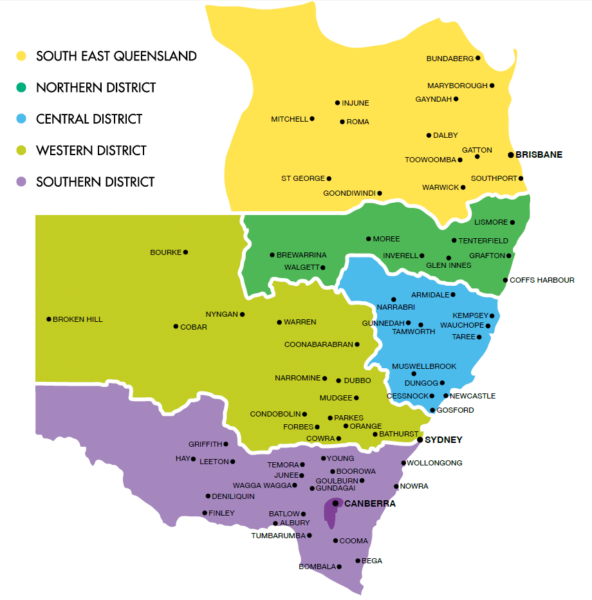