The ladies at Yamba golf had a ball at last Christmas part. Images: Contributed
Sports

The ‘big wet’ decided to arrive last Tuesday afternoon November 30 with the result being a closed course and the inevitable cancellation of the Yamba Ladies Golf Closing Day 11-hole Par 3 round.

There mightn’t have been any golf played but we certainly celebrated in style with a delicious two-course lunch, raffles, giveaways and presentation of our awards for the 2021 golfing year. Our lady members came dressed in their best Christmas finery with a number of them taking the opportunity to take it to a whole new level by coming along in Christmas-themed fancy dress. With lots of laughter and animated conversation, there was a sense of great excitement and anticipation for the 85 ladies in attendance. 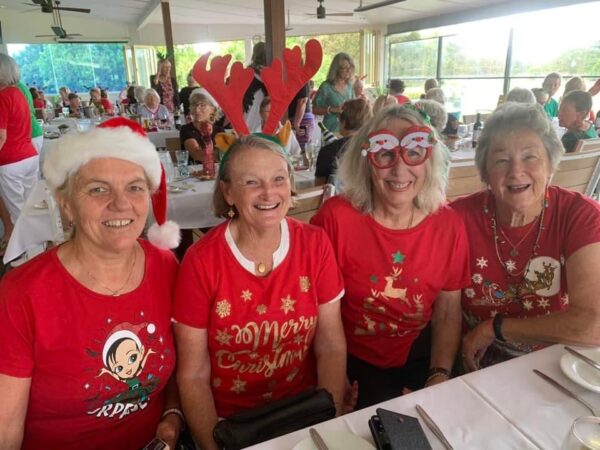 It was unfortunate that Darrie Nightingale was not able to attend as she was to collect a number of awards, including Club Champion as Grade 1 Gross winner. In the Foursomes Championships, Darrie partnered with Suzanne Scott to win Div 1 Gross and, in the Mike Macqueen Memorial Shootout, Darrie combined well with Gail Gore-Brown as Gross winners. 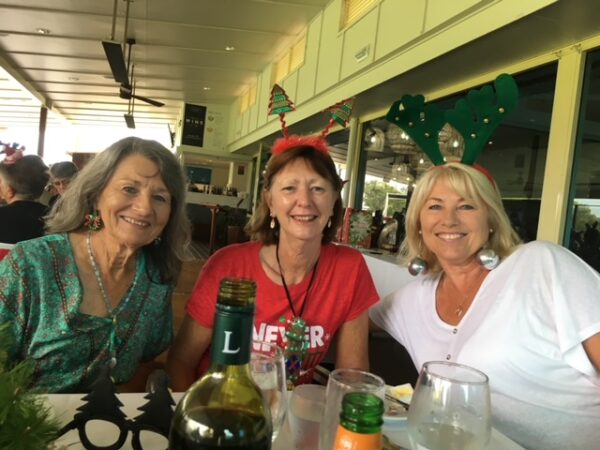 One of the most prestigious titles is that of Mike Macqueen Memorial Shoot-out Nett winners and we were thrilled that Jenny Macqueen was able to attend and present the trophy personally. This year, Jen O’Neill and Meg Kulmar took out the title. The 2BBB Matchplay Knockout, sponsored by Darrie Nightingale and Suzanne Scott was won by Sue Wilson and Jo Simmons and this year’s Nine-Holers Champion was Sonya McLennan with Val Bofinger the r/up. 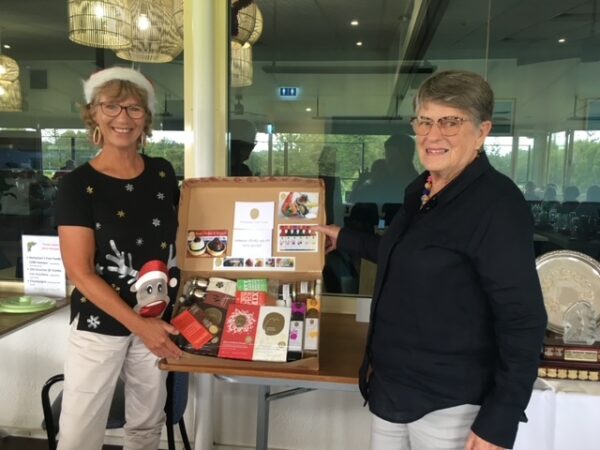 With over 60 individual prizes awarded, it is impossible to list every recipient; however, congratulations are extended to all who won a prize this year. As we bid farewell to 2021, we are all hopeful and quietly confident, that next year’s calendar will be able to go ahead uninterrupted after two years of program cancellations and alterations due to COVID. 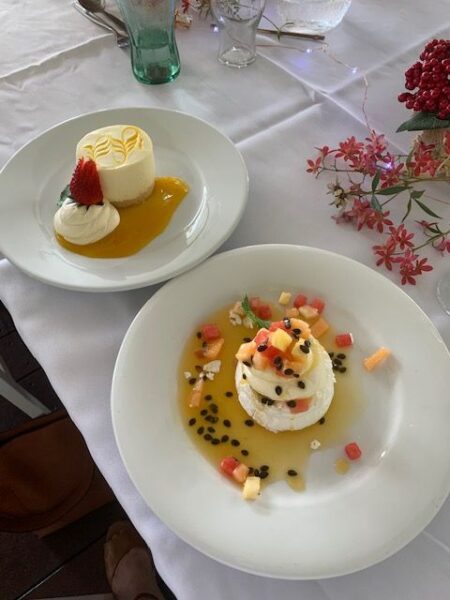 The 2021 Committee expresses its gratitude for the backing that we receive from our generous local sponsors as well as our lady members for their ongoing support with our events and their donations of prizes and raffles.