Ian Whitehouse started his love affair building and rebuilding racing cars when he was 16. Images: Geoff Helisma
From the Newsroom Local News

As people age, hobbies are a bit like petrol; they can energise an aging body and stimulate a tiring mind. Iluka resident Ian Whitehouse has enjoyed a lifetime of building and rebuilding racing cars … and it’s a hobby that continues to resonate and define who he is.

“You’re only as old as you feel,” the seventy-eight-year-old quips.

There’s a laminated sign on his workshop’s wall: ‘You don’t stop racing when you get old, you get old when you stop racing.’ There are other pictures, too, of cars that Ian has built and/or raced.

Ian is adding the finishing touches to his beloved Austin 7, preparing for the Grafton Sporting Car Club’s inaugural Historic Hill Climb, to be held on June 25 to 27, for cars built prior to 1975.

“It’s a replica of a car that the Austin Motor Company only built 12 of,” says Ian, “but it took them five years to do that and the factory actually raced three of these at Le Mans [France] in 1935. I only know of eight of them still in existence, and I thought it would be a good idea to build a replica.

Originally growing up in Maclean, five years ago he moved from Brisbane – where he started building the car – to Iluka. “I started [building and racing cars] when I was 16,” says Ian, “then I built a [replica] Austin 7 racing car and I have been involved with them ever since, and a lot of other car racing along the way.

“But with children and other things, I stopped for a while. I started again when I was 41 and, as a consequence, I put the number 41 on all of the cars that we have run.”

He remembers, as an eight or nine-year-old, how his father took him and his brother to car and speedboat races. “My father used to do a lot of work for people who raced boats and I used to give him a hand; I guess that’s where I caught the bug. He was a good teacher, but he was a hard task master; I can assure you I got a kick up the pants a few times (laughs).”

An electrical engineer by trade, Ian does his own fitting and turning. “Before I build things, I usually draw them up on a CAD system [computer-aided design and drafting]. I enjoy the designing probably as much as anything else.

“There’s a real buzz out of coming up with an idea that really works; and having been involved with something like this for so long, you know when you’ve come up with something that’s a bit better than normal. I’ve been criticised by a few people in the racing fraternity, because I used to pass all of the information on to anybody involved in similar racing to me.

There’s another car under construction, too. “It’s a rebuild of a car built in 1955 – it’s had an extensive amount of work done on it to get it back to, basically, what it was when it was built. People like Jack Brabham and Sterling Moss used to drive them. This thing will probably do over 100 miles per hour.”

As it happened, Ian had just returned from visiting his son in Melbourne, “who’s got himself a Formula Ford, and I’ve been down there helping him finish it off”.

So, is it father like son, like grandson? Ian recalls: “We were preparing a car and he brought his son, Sam, over. He was only about five years old and he was sitting in the driver’s seat, getting under the bonnet and squatting down beside us, looking at all of the various components.

“That’s good … and he’s now interested in at as well … although he can’t afford it at the moment because he’s going to uni.

People interested in competing in the hill climb are encouraged to lodge their interest with the Grafton Sporting Car Club.

The club’s president, Graham Merry, said the idea behind the event was “to keep together a group of cars manufactured prior to 1975”.

“There’s a big following among the older fraternity,” he says, “before technology took over and made cars easier to drive – which I sometimes describe as being a passenger hanging on to the steering wheel.” 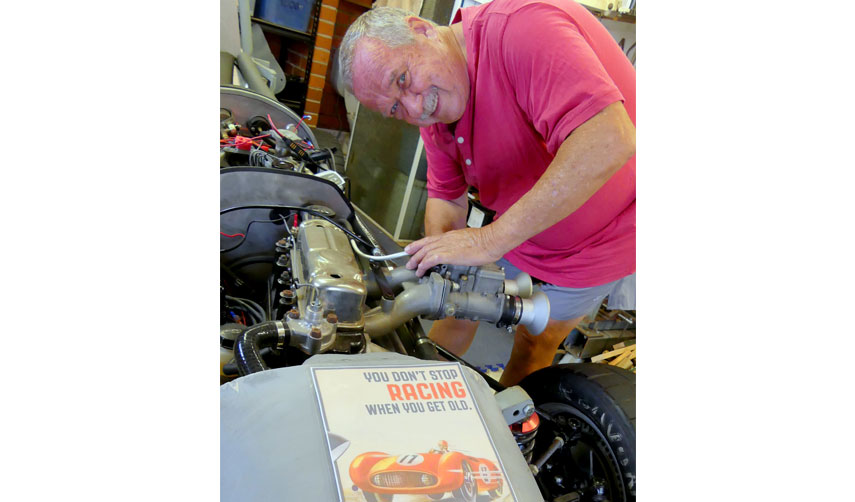 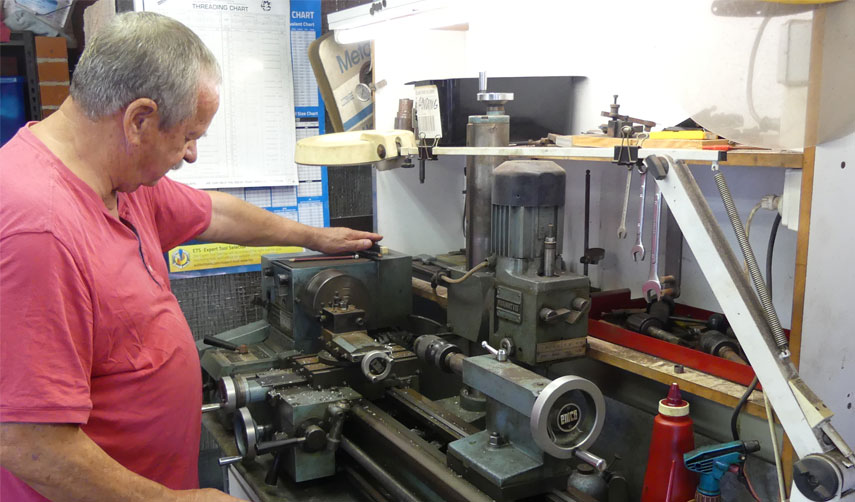