On May 1, 1918, Trooper Harold Hamilton Farlow, whose unit was the 11th Australian Light Horse, was mortally wounded in “a fierce battle in the Jordan Valley on the road to Es Salt”, the Australian War Memorial states.

A witness, whose testimony forms part of the Maclean born and bred soldier’s entry, said Trooper Farlow was “badly wounded in hand and head”, exposing, another witness said, “both brain and bone”.

The witness dressed the unconscious Trooper Farlow’s wounds and stayed with him for about an hour.

“He was becoming gradually weaker [and was] lying quietly when they left him and it was generally supposed that he could not live.

“We had to retire about 2 miles, which made it necessary to leave him, and we never went over the same ground again.”

However, when he was first hit, Trooper Farlow “talked a little about his brothers and said, ‘Never mind the top paddock, I will look after that”.
“Only God knows what he meant,” says Philip Higginson.
“Was it an idiomatic reference to where he suspected he was likely heading, or was it a reference to a farming chore left undone after volunteering to fight for the King and Empire by a conscientious farmer?”

The Farlow family were pioneers of the Lower Clarence sugar industry in 1870.

Lieutenant Frederick Farlow’s death on September 25 was just seven weeks before Armistice Day, November 11, the day the WWI ended at Compiègne, France, which took effect at 11am.

Philip described the Maclean gathering as “spectacular”
“It’s the first time in 100 years that all of the Farlow family has actually got together,” he said.
“Many were meeting for the first time.”

Brother and sister, Peter Desmond and Janice DiRimualdo, whose grandfather was Frederick Farlow, travelled from the USA for the commemoration as a result of some genealogical sleuthing by Philip’s wife, Debbie.
“Debbie’s a genealogist – she’s been into it for 15 years, researching her family history,” Philip said.
“She insisted that I do something about my family – the 100-year anniversary was too good of an opportunity to pass up.
“Debbie found a name in a [USA] college year book and on an electoral role.
“She found a phone number and rang it. She said, ‘Does the name Farlow mean anything to you?’
“They answered, ‘Yes it does.’
“We nearly dropped the phone.”

Philip said both Harold and Frederick were married men.

“Six weeks after they sailed for overseas service, Fred’s wife gave birth to a daughter whom he never saw.
“She grew up a fine woman and later married an American serviceman and went to live in America.”

Clarence Canegrowers Association president, Ross Farlow, coordinated the Maclean ceremony and dinner.
“Philip initiated the events many months ago,” said Ross
“It was wonderful that some of our family could go to Canberra.
“My grandfather, Merton, fought alongside Harold and Frederick and was lucky enough to come home.
“Some of my family was born on the Hawkesbury – but many family members were born at the farm at Farlows Lane; Merton had his family and the Farlow family has a long history of cane farming.”

Ross said it was a “very proud day” for his family.

“One thing I took out of the wreath laying ceremony,” he said: “at the end of the line there were some kids from Tassie who were on holiday – it was very touching that they laid wreathes for our family and on behalf of the wider Australian community.”

“A lot of family members could not go to Canberra, so it was a treat to have a dinner where we shared stories and photographs and had a great night together,” he said. 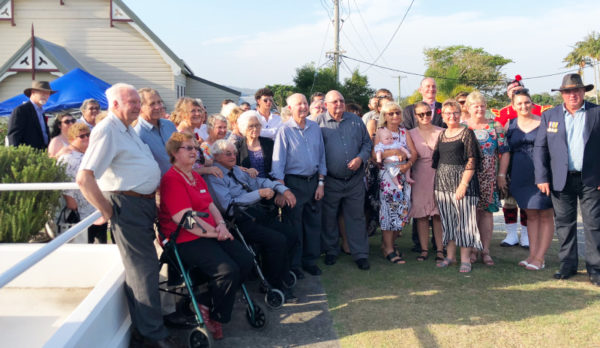 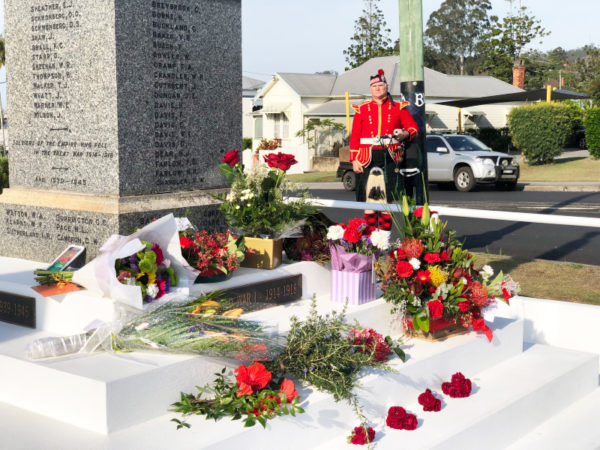