Senior Correctional Officer Andrew Morris was acknowledged for his 28-years of service to Corrective Services NSW.
From the Newsroom Local News

Senior Correctional Officer Andrew Morris said that he has worked at the Grafton Gaol/Grafton Correctional Centre for 25 years and has been a correctional officer for 28 years.

“I’d like to say that it’s been an honour and privilege to have served here at Grafton; it’s been a great place to work,” Mr Morris said.

“I love all the people that I’ve worked with, but all good things come to an end.

“None of us wanted it to finish, but it’s a decision bigger than us, so you just have to go with it – life moves on.

“I’ve secured a job at the new Clarence Correctional Centre, so I’m one of the lucky ones.

“It’s just a bit of a hiccup, it just means that I’ll need to move into a different environment and learn some new systems, but change is not a bad thing.

“It will virtually be the same role, as a Senior Correctional Officer, so I’ll go out to ‘Clarence’ as a supervisor; it’s what I know and what I have done for a long time, so we’ll see how it all pans out,” he said. 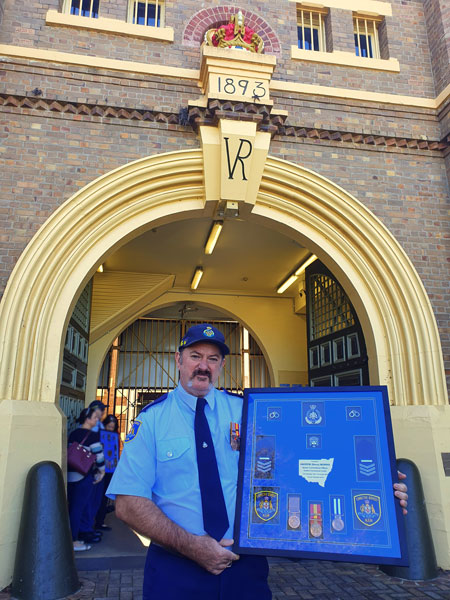 Mr Morris said that it will be sad to say goodbye to the old gaol.

“Having been here for 25-years, you know the gaol inside out,” he said.

“There’s a lot of history that goes with it and I’ve always been one of the history buffs at the gaol. I’ve made sure that I’ve always known what’s gone on before me.

“It will always be a reminder to me when I drive past of all the good times that I’ve had here,” he said.

Looking forward, Mr Morris said that he has no idea of what the future holds for the old gaol.

“It could be (used for) anything,” Mr Morris said.

“I just hope that when it is utilised, that it’s treated with respect.

“We’ve always looked upon it as one of the great monuments of Grafton, so I hope that the general public always drive past here and remember what it has been for the town.

“I think that in 2012 everyone showed their appreciation by surrounding the gaol, when we were up for closure then and that was probably the greatest moment in my career, was to see the support that we’ve had from the town at that time.

“It is what it is. I’ve got fond memories here and the good times have outweighed the bad a million to one,” he said.