Iluka Bowls Club’s 1,800 members will vote at an extraordinary meeting on June 21, on whether or not to sell a portion of the club’s land to the “Health Administration Corporation [HAC] … for the purposes of establishing and building an ambulance station in Iluka”.

For the $700,000 sale to proceed, 50 per cent plus one of the members who attend the meeting will have to vote in favour of the proposal.

The meeting will be held using ‘Zoom’ software due to the current pandemic restrictions.

Up to 50 people (depending on restrictions at that time) will attend the meeting at the club.

Members have been advised that the decision to vote on the matter has the full support of the club’s board.

In June 2019, the club offered to donate a portion of land for the ambulance station, however, it was subsequently determined that the land was too small for the project.

A letter to the club’s members states: “As discussions progressed it was deemed viable to offer a larger portion of land, but that the club would need to be compensated for the loss of future potential use of land and, therefore, negotiations began.

“It is with much excitement that the Board can formally announce the progress that has been made with NSW Health Infrastructure.”

The club’s general manager, Nicola Donsworth, said the club’s motivation came from campaigning by and community support for Ann and John McLean, who have led the initiative.

“Iluka needs an ambulance station and we’ve got the land there, everybody wins,” she said.

“If the resolution is passed, members of the club and members of the community will benefit from the sale, with the club being more financially sound to improve club facilities and continue to give back to community groups and sporting clubs.

“This is the purpose of our local clubs.”

Ms Donsworth said that the club would still be donating the original portion of land, as well as selling the extra part.

“Next steps include further due diligence, property acquisition, preliminary design and seeking planning approval for the new station,” the leaflet states. 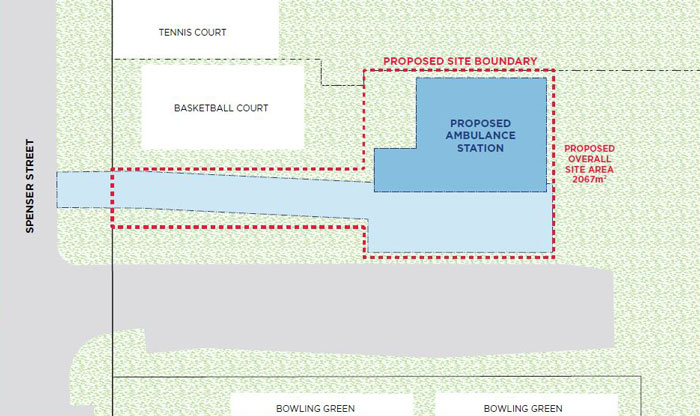