For the first time in the club’s history, both the Men and Women’s Club Championship Singles finals will be played on the same day.

After a few calendar rearrangements we decided on Saturday July 2 to conduct a combined Finals Day and showcase our game in front of a larger audience for both clubs.

It will be the first time in a long time that the women play a championship on the weekend, as traditionally they play on Tuesdays and Thursdays.

However, both clubs are moving with the times and providing opportunity to both genders to compete and play at any time and move away from the traditional times that will then allow a new bowler to come and play due to better scheduling. 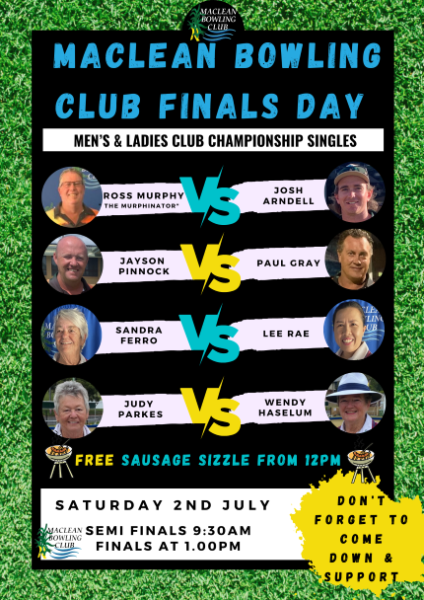 Semi-finals will kick off at 9:30am with the winners progressing to the final at 1pm.

The club is putting on a free sausage sizzle for all participants, spectators and supporters, and are encouraging anyone to come along on the day and check out the action.