Last Tuesday September 1 saw the beginning of our Club Triple Championships with eight teams competing.  The first round was very tightly contested with some very good bowling from everyone, especially our newer bowlers.

We only had two games of social bowls on Thursday with the winners being L Pearcey, P. O’Keefe and P Essex.

As of next next week we will be back to bowling on Tuesday and Thursday afternoons and we will be beginning at 12.30pm. Tuesdays will be normal social days with games as per selection dictates and Thursday’s will be Scroungers, looking forward to seeing you all.

At our AGM Lorraine Eggins was welcomed as our new Patron. Lorraine has a long service history of over 36 years with Maclean WBC and is currently a Life Member of Maclean Bowling Club. A shortened version of her achievements are as follows:

On April 30, 1984 Lorraine transferred from Brooms Head WBC to Maclean WBC holding many positions on the committee over her years.

Over her bowling career, Lorraine has won or was runner-up in a variety of Club and District Championships, too numerous to mention but well documented in our records.  Lorraine also promoted our Club at District Level and at other tournaments. A very worthy recipient. 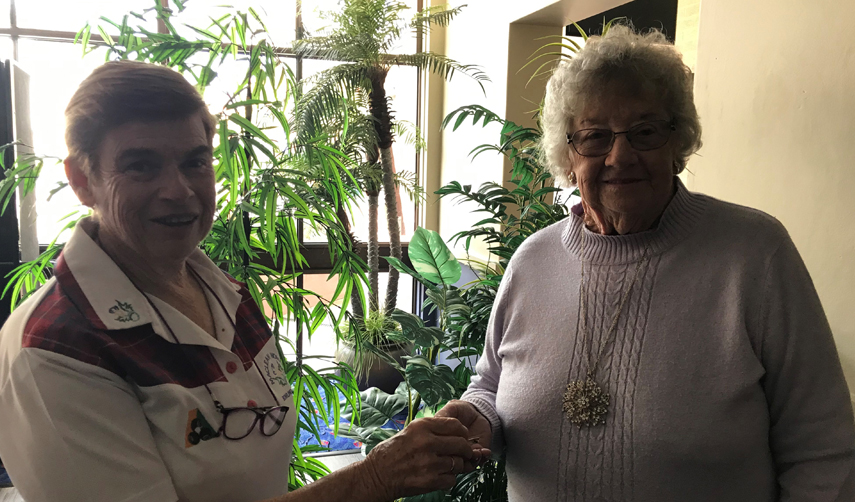