These images were captured during the delivery of hay to a property at Yeoval in central NSW, which was transported by Nicholson & Page Transport, of Townsend.
Latest News

A local transport company is doing their bit in an effort to help some drought stricken farmers.
Graeme Nicholson of Nicholson & Page Transport of Townsend said that they have just completed their second delivery of hay to central NSW.

“We (Nicholson & Page Transport) carry goods for a blending company which produces dried bulk foods in Brisbane, and back in May the owner John Harvey (no relation to our former Maclean mayor John Harvey) talked to me about the plight of our farmers and how bad the drought is,” Mr Nicholson said.
“We asked ourselves, what we could do to help.

“One of John’s relations grows hay at Biloela, west of Gladstone in Queensland. “John said that he would personally buy a B-Double load of hay and asked if we could provide a truck free of charge to carry the hay to central NSW to a small place called Yeoval.
“This area is normally drought resistant but they have not had any rain for 18 months or more; the paddocks are just bare.
“Our first load was in early June, much to the joy and relief of the farmers (not to mention the cows).
“We delivered the hay to one farm, but with the bush telegraph working overtime, other farmers came around to pick up a couple of bails each,” Mr Nicholson said.
After the first delivery of hay was made, both men set about to plan another delivery.
“John immediately started to organise funds to buy a second load of hay and I agreed to donate our truck and time again,” said Mr Nicholson.
“During the second week in July we were off to do it all over again, said Mr Nicholson.
“This time though, the problem is that the country is running out of hay.
“The grower in Biloela will not have another cut before September – October.
“Our driver James Duff, enjoyed smoko with the farmers and heard all the horror stories and said that he could not believe how positive their attitude towards everything was.
“James said it was real social event for all the surrounding farmers and their helpers; however, it does not hide the devastation that is occurring.
These farmers only have their good breeders left, which they need to keep alive for when they do get rain.
“Their phrase is “one more dry day, is a day closer to rain”.
Mr Nicholson said that the total overall cost of the two loads including the hay, fuel, driver, truck costs, was approximately $14,000.
“The significance of this fades away when they tell you it is costing them $10,000 – $12,000 weekly, to feed their cattle,” said Mr Nicholson.
Nicholson & Page Transport said that they were only too pleased to help and to ‘do their bit’.
“Everyone who was involved, found it a most humbling experience,” said Mr Nicholson.
“The task at hand is huge, so we encourage everyone to get involved and do anything that they can to help any farmer that is struggling.
“Over the other side of that big hill that protects the Clarence Valley, there are some people in real need,” he said. 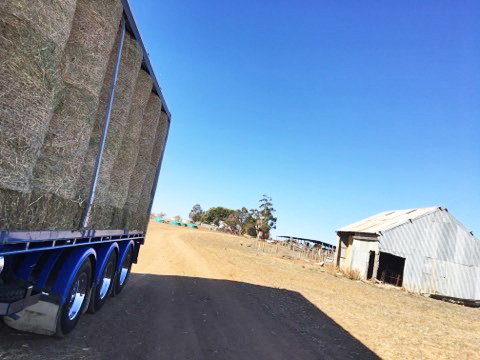 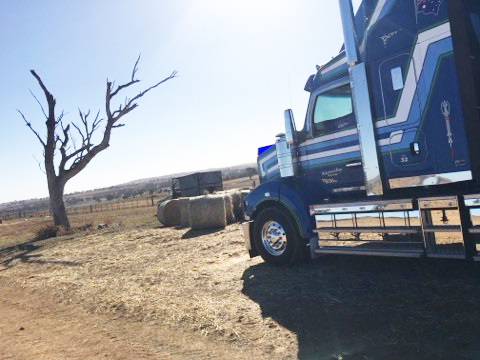 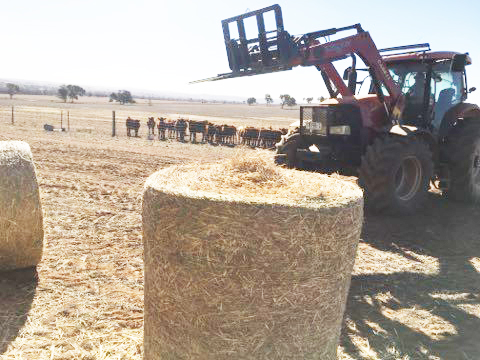 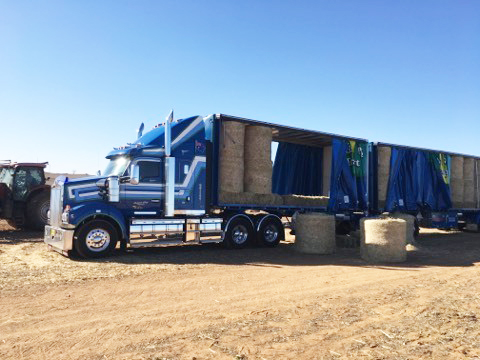