Comedian Celeste Barber’s bushfire appeal originally set out to achieve a target of $30,000. Her appeal to raise money for the Rural Fire Service and brigades donations literally took off like wildfire and raised a staggering $51.2 million. 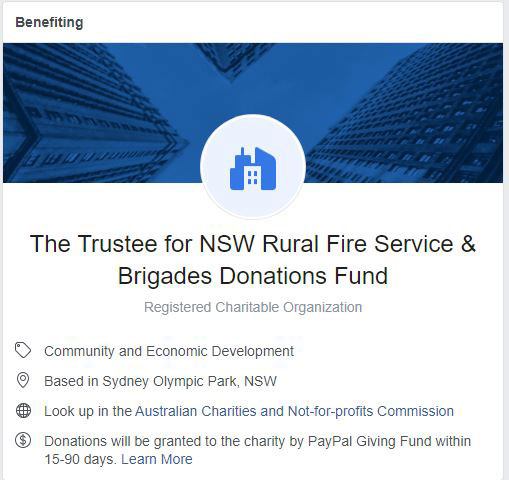 The Independent asked District Manager – Clarence Valley RFS Superintendent Stuart Watts about the money that was raised and the flow through of this money to brigades within the Clarence Valley.

“The first round of money from Celeste Barber’s appeal saw every brigade in NSW given an opportunity to bid for $10,000 for equipment that’s not normally supplied by the district office,” Superintendent Watts said.

“It didn’t go to vehicle maintenance or repairs or station enhancements.

“Some brigades may have put in a kitchen or revamp a toilet or whatever, but each brigade had the opportunity to submit an application for $10,000 and we’re in the final phases now of dealing with our brigades with that. Around 99-per-cent of our 40 brigades (in the Clarence Valley) have taken up the offer. Some have purchased additional radios, electric hose reels for their tankers and thermal imaging cameras,” he said.

Superintendent Watts said that regarding the remainder of the funds raised, the RFS has a plan to deal with the rest of the dollars.

“I don’t know what that plan is at the moment, but they will be looking at the rules to make sure that it is spent wisely and appropriately,” he said.

“So once that information comes out, no doubt the brigades will benefit to that effect. It may come down to a district initiative, to be shared among the brigades on different projects,” he said.