Acknowledgement and congratulations to our RFS Captain, John Nolan who received the Iluka Citizen of the Year Award on Australia Day. 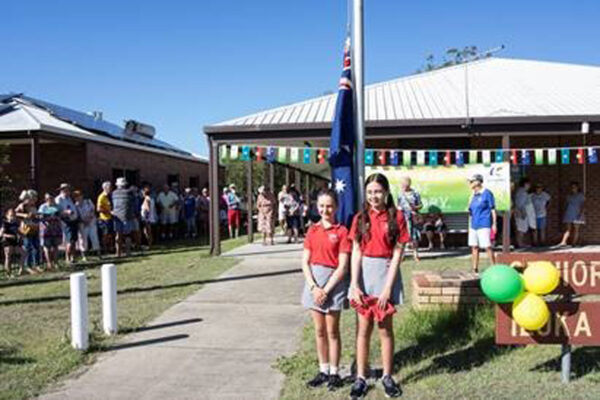 The proceedings moved inside for the ceremony and presentation.

Councillor Richie Williamson and CWA’s Dorreen Cupit (Iluka RFS Life Member also) presented the certificate, and John told us a bit about his early days when he first joined the Lakesland Volunteer Fire Brigade as a very young lad back in 1963.

In 2007 he moved to Iluka with his wife Dorothy and joined the Brigade here where he has been ever since.

He moved up through the ranks eventually to Captain and holds that position today.

He has fought many fires over the years and this year was no exception, as many can attest too.

Of course many also know John for his commitment to Meals on Wheels where he has driven and delivered countless meals to people far and wide in the Clarence.

John acknowledged his wife in his speach, as someone who is his backup and he says he couldn’t have done it all without her support.

Thank you John (and Dorothy) for your dedication and commitment to your community and Iluka Rural Fire Service.

A big thanks go to the CWA for the catering and The Iluka- Woombah Rotary Club for assisting in the morning.