It was wet with the odd gust of wind at McLachlan Park last Wednesday (September 5) during federal Member for Page Kevin Hogan’s “official” opening of the “much-anticipated completion of Stages 1 and 2 of the Maclean Riverside Precinct”.

“Stage 1 of the project saw the revitalisation of McLachlan Park, while Stage 2 of the project supported the redevelopment of the Court House Riverfront, Foreshore Promenade and Riverside Square,” Mr Hogan’s media release stated.

“The $2.98 million for Stages 1 and 2 was funded by the Australian Government ($2.3 million across both stages), NSW Government ($130,000 for Stage 1) and Clarence Valley Council ($556,404 across both Stages).
“By investing in Maclean through both stages of this project, we are helping to drive economic growth within the Northern Rivers region, to help ensure this area remains a fantastic place to visit, work and live.”

There was no mention of a ‘boardwalk’, which was the subject of the $1.8m pledge in June 2016 during the federal election campaign; however, Mr Hogan has previously stated that the boardwalk was off the agenda.
In an answer to an enquiry from Facebook advocacy and watchdog group, The Clarence Forum, in February 2017 he wrote, in part: “The next stage of the project, once McLachlan Park is completed, is to ‘bookend’ the project with the Court House Riverfront Heritage Precinct.

“…I am assured by council that there are then plans to build the boardwalk.

“However, I am told this is not feasible until after the Court House Riverside Heritage Precinct is completed along with the Foreshore Promenade, Riverside Square and Munro Lane upgrade.

“I am disappointed there was confusion and incorrect information given about the next stages that were to be built when the money was committed.”

Mr Hogan said in his media release that the waterfront development “is great news for the community and will create a space for members of the community to meet and relax”.

“It will also unlock the tourist potential of the Clarence River, bringing tourists from far and wide and creating jobs and growth in the local region.

“We know the beauty of the mighty Clarence River, but until now there was nowhere along the river for tourists and locals to walk and enjoy the river.

Clarence MP Chris Gulaptis said in the media release that the Maclean Riverside Precinct has been a long-held dream of the Lower Clarence community, which is finally coming to fruition through the co-operative approach of the three tiers of government.

“I’m thrilled the NSW Government was able to contribute funding towards the pontoons and the amenities building,” he said.

“The Riverside Precinct is a wonderful asset to the Scottish town of Maclean which will help attract further tourism into the town and provide locals with a brilliant site to enjoy the beautiful Clarence River.
Mayor of Clarence Valley Jim Simmons said that the project would increase tourism to Maclean and the surrounding areas.

“This revitalisation project is about drawing more people to the region, encouraging them to stay longer and really promoting everything this great part of the world has to offer,” Cr Simmons said in the media release. 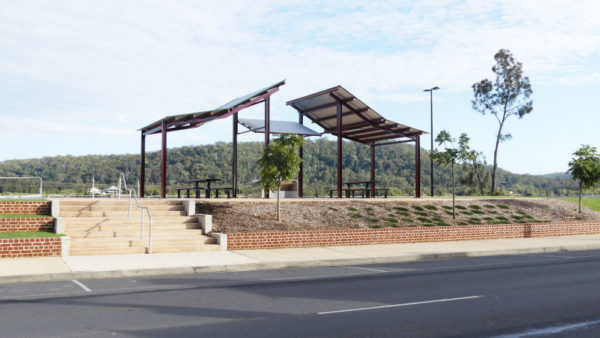