History provides opportunities to learn from past mistakes – and newly elected mayor Ian Tiley aims to unite his “team”, to ensure past mistakes are not repeated as they work “together” towards implementing his reform agenda.

“I believe there is a definite need for Clarence Valley Council (CVC) to more effectively engage with the community,” he wrote in the final week of the Independent’s six-week pre-election initiative, which invited each of the candidates to answer a weekly question.

“Issues of lack of transparency, openness and community, and lack of trust in CVC have been in evidence for some time.

“Reform in this regard is vital”

Each of the other successful candidates – apart from Cr Alison Whaites, who did not engage with the process after week one – had similar views when answering the Independent’s question: “Do you have any issues with the way CVC currently deals with the public, so far as the dissemination of information, transparency, providing answers to questions etc?”

Government agencies, like the Office of Local Government (OLG) and the Information and Privacy Commission (IPC), oversee the operations of local governments across NSW.

Over recent years, the IPC has been critical of some of CVC’s behaviours, observing that “practices adopted by CVC demonstrated noncompliance or inadequate compliance with the requirements of the GIPA Act”, when addressing the refusal by senior staff and a majority of councillors to place their declarations of interest on CVC’s website.

“The findings also reflect a pressing need to adopt a culture of compliance,” the IPC’s report stated, recommending that “leadership and commitment by leaders and those in positions of power [are] instrumental in achieving cultural change”.

More recently, CVC again attracted the ire of the IPC over its handling of a citizen requesting documents associated with unauthorised building works at Gumnut Road, Yamba.

In a nine-page letter to CVC, the IPC recommended that CVC “considers providing staff training with respect to GIPA [Government Information (Public Access) Act] and administrative decision making”, in relation to the IPC’s view, that CVC had “conflated GIPA provisions when notifying” the citizen.

The NSW Ombudsman also had words on this issue: a report to an extraordinary meeting on December 3, 2021, which considered the “Removal of Residents from the Unreasonable Complainants Conduct [UCC] list”, referred to a conversation that the ombudsman had with CVC’s general manager in May 2021, expressing a “view” that CVC “had departed from its UCC procedure”.

However, the ombudsman advised the citizen subject of the UCC that it would be “more appropriate for you to bring your concerns about this issue to the attention of the IPC”.

Some of the words spoken/written by the government’s watchdog agencies bear a striking resemblance to those written in the review of CVC’s organisation structure tabled at the March 2017 meeting of the former council.

According to the NSW Local Government Act, councils “must review and may re-determine the organisation structure within 12 months after any ordinary election of the council”; however, the former council adopted a ‘preliminary’ review that the existing organisational structure, put in place on the advice of Blackadder Associates in 2012/13, was sufficient.

At the November 2016 CVC meeting, then mayor Jim Simmons wrote in a mayoral minute that an “organisational review … to again seek external, objective advice, using an appropriately qualified and experienced consultant” was his “preferred option”.

Meanwhile, consultant Chis Rose perceived deficiencies outside of his brief.

Towards the back of Mr Rose’s review he wrote under the heading ‘Putting the Above into Perspective’: “We believe it is important to conclude with a reality check.

“…We recommend that Council seriously consider commencing a formal leadership and culture journey in the organisation.

“This might be built around the twin goals of staff pursuing excellence in all they do, and staff enjoying high levels of personal job satisfaction (what’s in it for council, and what’s in it for staff).

“This must be built around quality leadership, starting from the top.

“In this regard, we recommend that Council introduces a Leadership Development program for the Management Team as a priority.”

Following the preliminary review’s adoption, then mayor Jim Simmons met with the Independent, during which he acknowledged that “there is a need to improve council’s image … out there in the community”.

When asked why councillors had not publicly discussed the aspects of Mr Rose’s report, outside of his brief to “undertake a preliminary assessment to determine suitability for current requirements and the scope of change required (if any)”, then mayor Simmons said: “The second part of the report, I believe, will be addressed.

Almost five years later, from the outside looking in, issues highlighted by Mr Rose still appear to be problems … problems that new mayor, Ian Tiley, aims to resolve.

The Office of Local Government “publishes a range of guidelines, codes, practice notes and other guidance for local government [which]… aim to support NSW councils to govern in a lawful, prudent, transparent and accountable manner as well as to provide strong and sustainable services to local communities”.

The Information and Privacy Commission is an “independent statutory authority that administers legislation dealing with privacy and access to government held information in New South Wales”.

The Independent spoke with mayor Ian Tiley about how he aims to avoid the same pitfalls that played out during the life of the previous council.

Geoff Helisma: From the outside, it doesn’t look like much improved during the life of the last council, in relation to addressing the recommendations outlined in the back of Mr Rose’s report; what ‘reforms’ are you proposing to avoid similar pitfalls? 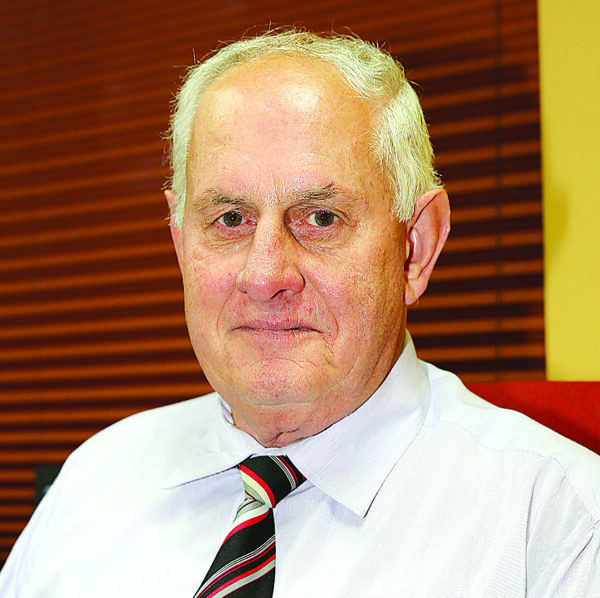 Ian Tiley: Clearly, the recommendations of Crest [organisational structural review] in early 2017, you presume would have been accepted, at least to some degree.

But in the election campaign it was patently obvious that a lot of people were dissatisfied with the performance of the council and with a culture that existed within the council.

My view is that the Crest report talked a lot about the upper-level structure and recommended that they stay with three directors, in lieu of two; but it didn’t go further to what Chris Rose called the ‘reality check’.

He made a number of observations there, some of which are still pertinent.

One about the revenue situation, that’s been ameliorated somewhat by the special rate variation, which brings in an extra $5million a year, but, yes, we’ve still got a large geographic area and the problems associated with that, for example maintenance of roads, don’t go away.

But, he really underlined that the culture of the business is a major determinant of its success.

I’m clearly of the view that we have to do planning to address the culture, to restore the trust, faith and confidence of the people in the corporate entity of the council.

GH: I guess that’s the most difficult part, given the way the Local Government Act is written, and given that Mr Rose specifically referred to [management] issues, like ‘silo mentality’ within the operational part of the council. But you can’t really reach in there too much, apart from reviewing the organisational structure in the first 12 months of a new council, is that a fair assumption?

IT: Yes, at the time [March 2017] it would have been a great benefit to have picked up on the recommendations and make substantial change.

I think there is a strong case for cultural review five years on; I think that is highly desirable.

I know there have been internal organisational structural reviews and, to a point, I guess, that’s good – I don’t know whether it highlighted savings, or not, in the organisation.

IT: My view would be, let’s review the situation as soon as possible.

The heading of the report says, ‘review of organisational structure,’ but he did allude to other aspects, which puts the structure into perspective – that’s where I believe that the last council should have insisted that more be done.