Cricket on the North Coast has received a major boost with the opening of a new $100,000 training facility at Harwood Cricket Club grounds last Thursday afternoon.

The new, three-lane cricket net complex has provided the Harwood cricket community with the opportunity to access safe and secure cricket practice facilities and train together as a club.

The new facility will be named in honour of local stalwart Barbara Hayward who has made an enormous contribution to the Club over many years.

State Member for Clarence Chris Gulaptis said it was terrific to see Barbara recognised and it was evident from the emotion she showed on the day how much the honour meant to her.

“The Harwood Cricket Club’s home ground has grown from what was once a cane paddock into one of the best cricket fields in the region,” Mr Gulaptis said.

“It has been transformed into the “Lord’s” cricket ground of the North Coast!

“The new cricket net complex is a state-of-the-art facility that will help ensure cricket on the North Coast remains strong.

“We have produced many NSW and Australian representatives over the years including Adam Gilchrist, Lyn Larsen and the late Phillip Hughes and have some very talented junior and senior cricketers right here in the Clarence.

“This facility will ensure the region remains a breeding ground for the State’s best cricketers and allow local players to continue to dream of wearing the baggy green and the baggy blue.”

“These practice nets are now Australian standard and can be used by both junior and senior players,” Mr Hogan said.

“This project benefits all levels of cricket on the North Coast, from girls and boys picking up a bat and ball for the first time to the region’s elite players.”

“We sincerely thank all that were involved in bringing this important project to fruition”, Mr Germon said.

“These facilities have been made possible with a partnership approach to funding and we’re delighted to have delivered this project with the NSW ICC T20 World Cup 2020 Legacy Fund, Cricket Australia via the Australian Cricket Infrastructure Fund, and the cricket community.” 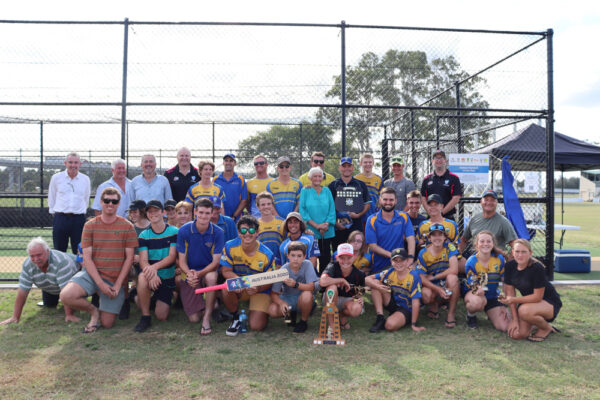