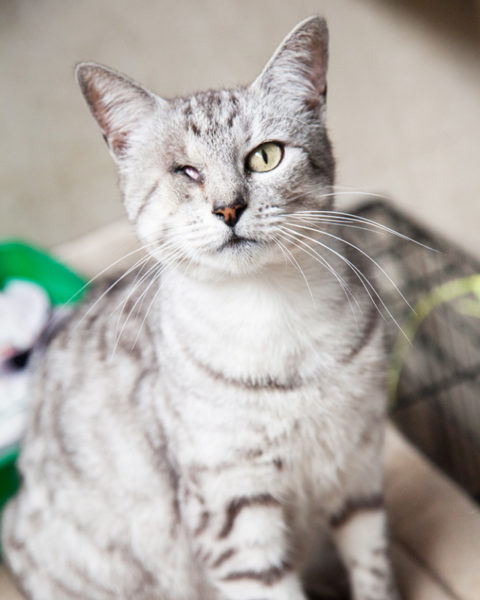 Beth was found at the Grafton Showground by some campers who had been feeding her and her family. Before they left they asked around to see if anyone would take them in and no-one was interested so the contacted the pound who then asked them to contact Happy Paws Haven. So one of my foster carers with the help of a trap and bbq chicken was able to catch all but one. Beth came with a funny eye which we think she has partial sight. She had no problem with her eye until earlier this year when she got an infection in it. At that time we decided to take the eye in case the eye got worse and imploded as can happen. She is a beautiful affectionate silver tabby and was a wonderful mother to not only her babies but to others as well. We would love to find a special loving home for her. 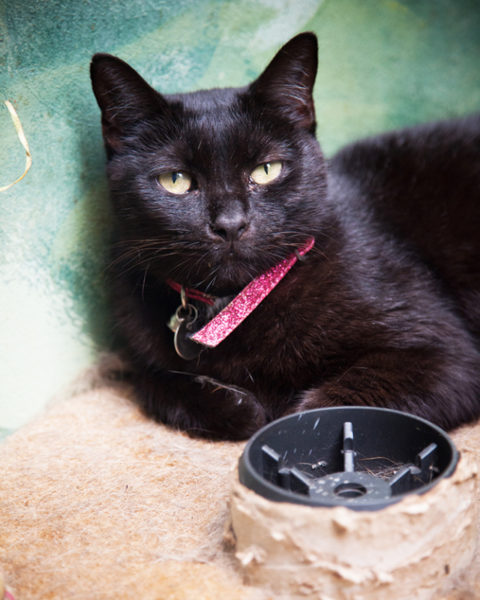 Nari was surrendered by someone who could not look after her anymore. She is a beautiful black cat with a little patch of white on her chest and is extremely affectionate and loving, while at the same time will sit in a corner or up high in the sun and watch the world go by. She is not demanding yet loves a cuddle and a stroke. She is happy keeping you company, either on your lap, by your side or snuggled up on a bed. She is desexed, micro-chipped, immunised, regularly wormed and flead. 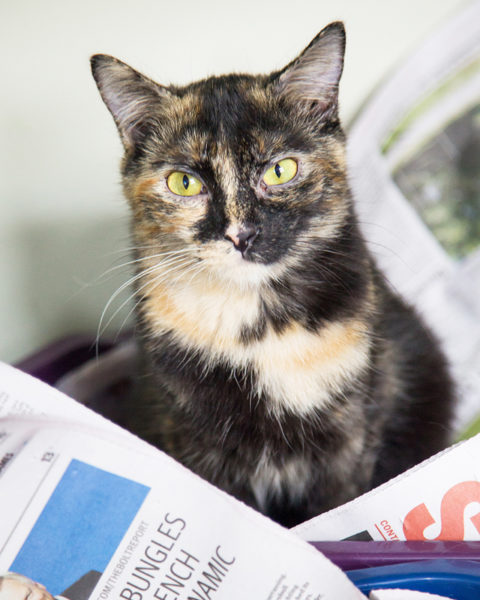 Risha is a member of Rianne’s beautiful litter 5 kittens. Four are torti girls and Rico who has already got a home the only boy. Their story is we were called to the aboriginal community in Maclean early last year they were having a problem with some community cats who were continually breeding and their kittens. All the queens were pregnant again and they just did not know what to do. So we caught all the kittens and the queens put them into foster care and then got them all desexed. We returned all but one of the queens after they were desexed and kept all the kittens. The queen we kept Rianne is a lovely black fluffy young lady who like her son has already been adopted. All these lovely young cats are very affectionate, love cuddles, happy to be stroked; just very beautiful loving cats. They are all desexed microchipped and immunised now ready for their new homes. 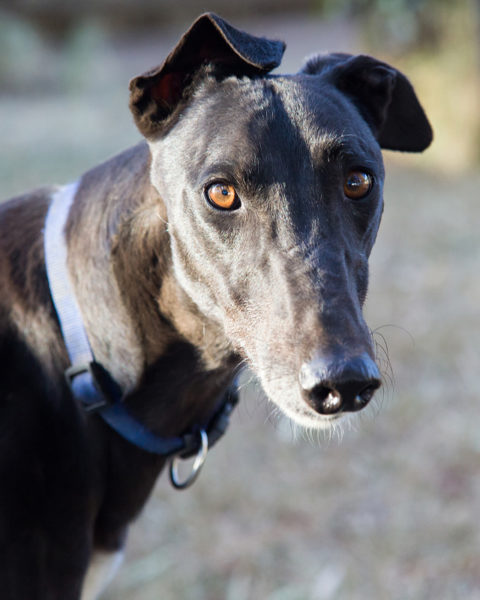 Blaize is a 4.5 year old male greyhound who loves to please. He was successful on the track but was “recycled” over time through several kennels and trainers till he found his way to Grafton. He had lost interest in “chasing” the lure and just wanted to be with people and relax in someone’s home, he had had enough! He was rescued just before he was scheduled to be put down and he is now looking for his forever home, Blaize is happy with other dogs, loves to be with people. He is a very loving young man but as an ex-racing greyhound may not do well with cats but he is fine with small dogs and pups. He is fine with children and can be a real couch potato. He still needs the opportunity to zoom round a yard when he wants to probably once or twice a day! He has just been immunised, micro-chipped, de-sexed, wormed, heart worm treated and de-flead too. 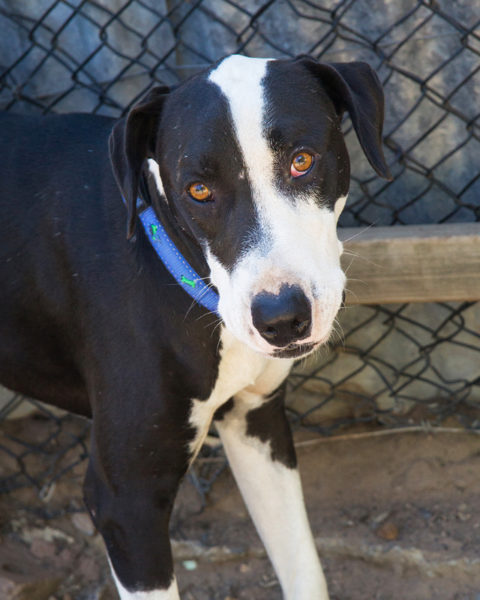 Naylor is a member of the N-Team, a litter of 8 pups, were surrendered in October 2015 they were about 7-8 weeks old at that time. They are border collie cross with probably a Bull Arab. Naylor has a lovely soft nature, but is very timid so needs more socialising with people so needs a special home with a very special person who has the time to build his trust in others and confidence in himself. Once he trusts you, he loves cuddles and wants to be with you but he needs a very special person who will have the patience as it will take time. In every other respect he is a normal playful young dog who still needs some training and loves playing with other dogs. He just needs that special someone with some patience and time to continue to earn his trust. The four who have found homes so far have turned into the most beautiful natured dogs and there is absolutely no reason why it should not be the same for Naylor and his sister and two brothers who are still here. They have had all their vaccinations, been desexed and microchipped so are ready for their new homes. There are four left as four have already found home 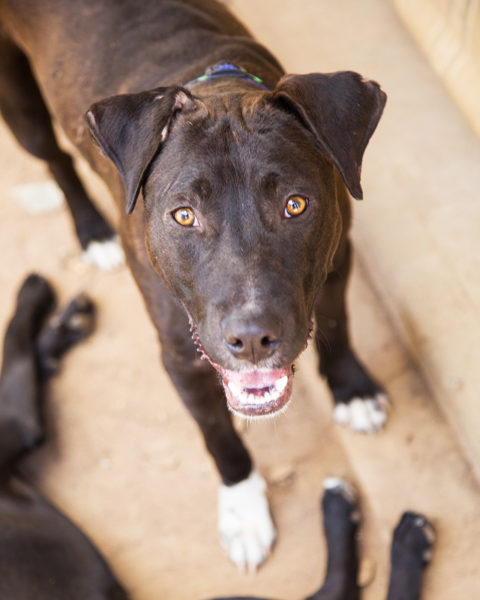 Alfie is a special man, an unusual mix of a Louisiana Catahoula Leopard Dog, Staffy and a Labrador. He was a reluctant surrender due to his new landlord not allowing him to have his dog with him. Alfie has a very loving nature is wonderful with people and kids, gets on well with other dogs, not sure about cats as he does not know whether to bark at them or to play with them. He wants to be a part of the family and is not a dog to be left outside his family pack is inside. When left outside away from the pack he tried to jump a fence to get to them and cut his leg badly in the process. It is all well and truly healed and he has not tried to jump a fence since! He is a very smart dog so would love to go to training to learn new things to do. He is an affectionate dog and needs to continue his socialisation and training. He is desexed immunised microchipped and has had regular parasite and flea treatments.