We had our first meeting since before COVID-19, which was wonderful as it was face to face.

We need to schedule the AGM before August 31 and our next meeting will be held on July 19.  All our meetings start at 1.30pm and finish by about 3pm. If you would like to become a member of Happy Paws Haven, contact [email protected] for a membership application to fill out, and bring it to the meeting. You will also need to bring $20 membership fee.

We need new ideas for the remainder of 2020 and beyond. We need a new fund-raising team, people to write our animal stories and for social media, so come and join us and contribute to the team at Happy Paws Haven where all ideas are good ideas.

We get all cats vet checked prior to adoption to make sure that we comply to the standards required by any pet shop. We have adopted out well over 1200 cats over the last 12 years and only a very small percentage having developed any illness as a result of the change in environment, but now we are being extremely careful. All our animals are microchipped, immunised and desexed as soon as possible after they arrive. Our Rehoming number is 251000043.

Tara is a funny girl in a peculiar way, she has a big heart but like all cats can be cantankerous at the best of times, just when you want her to be loving she will turn her back and walk away. She was found at Yamba with nowhere to go and very pregnant. So pregnant, as soon as she got to her foster carers place, she immediately had her litter. She had two little white deaf boys and three fluffy grey blue girls, all of which have wonderful homes. In the midst of this, another mum had kittens but only two survived and she was so sick she had to be put down, so Tara took the two babies under her wing as they were newly born too. She was a great mum and did a wonderful job bring up all these babies. She loves being stroked and groomed but dislikes being picked up so only tolerates it for a short period and soon wants to be put down again so she can do her own thing. She is beautiful look at. She is also a good mouser as she often watches them at dusk and dawn ready to pounce. She has been desexed immunised and chipped and is ready for her special new home. Microchip 943094322007334. 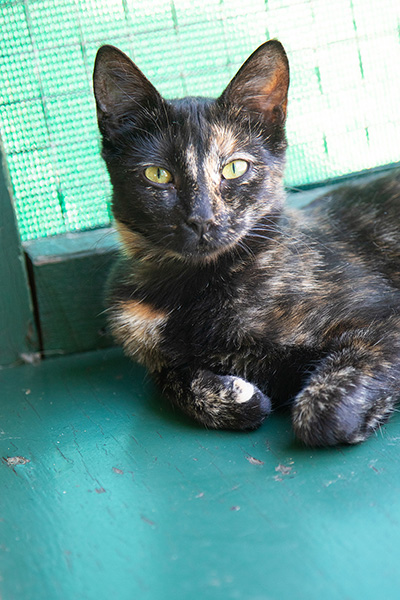 My name is Lorelei; I was dumped in a box with three other kittens outside a house up near Whiporie on the way to Casino. The person who found us could not afford to take us in so contacted Happy Paws Haven and they found someone to look after us. We are now about eight months old and we have all had an operation and had our needles, now we are ready to find a wonderful loving home. We are all loving friendly affectionate young teenage cats full of mischief and love to play, we are curious about everything around us especially anything new. Microchip 900079000382717. 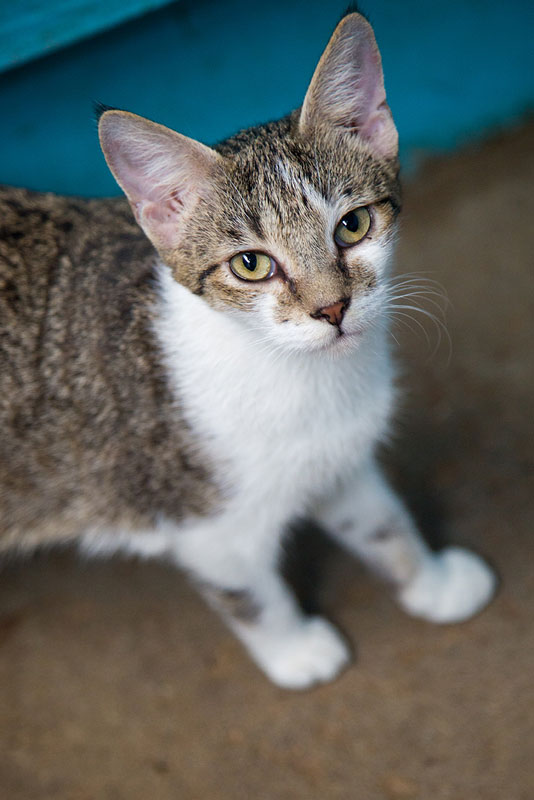 Kie came to us with her mother and four siblings early in 2017. Her mother was found on a vacant property with no form of identification and no one knowing where she came from, so we called her Kinki as she had a kink in her tail and some of the offspring do to. Kie is a beautiful tabby and white teenager who has come from a lovely family as Kinki her mum is so very affectionate, and she has taught all her babies to be too. She is extremely loving, gentle, active, playful young cat who has been desexed, vaccinated and micro-chipped ready for her new home as are her whole family. Microchip 991003000002504.

Dogs for adoption for this week:

We get all dogs vet checked prior to adoption to make sure that we comply to the standards required by any pet shop. All our animals are microchipped, immunised and desexed as soon as possible after they arrive. All dogs are also tested to make sure that they do not have heart worm. We have rescued and adopted out well over 1300 dogs over the last 12 years. Our Rehoming number is 251000043. 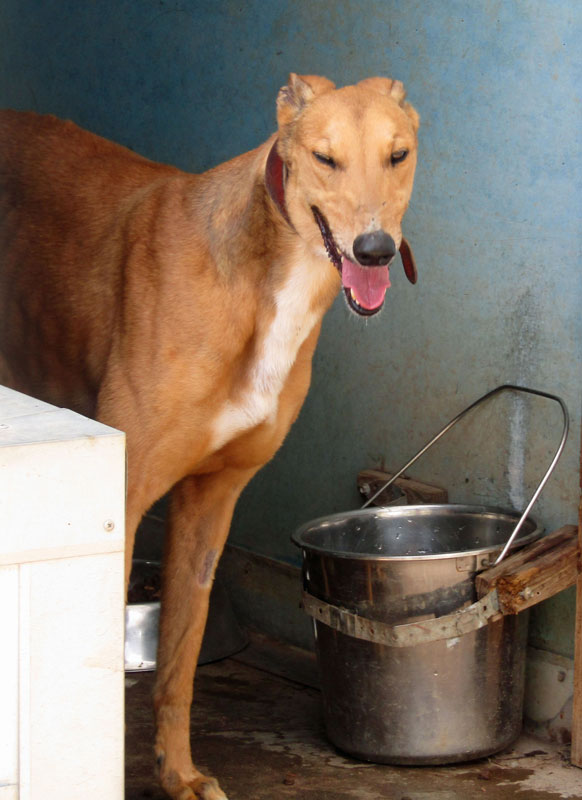 Vinnie and Kevin arrived from Casino, their owner and trainer is elderly and has now retired, so to help him out we volunteered to take two of his beautiful boys. Like all greyhounds they love to have a play and zoom first thing in the morning and later in the afternoon. In between they prop and stop becoming couch-potatoes. These two young males are very well behaved, quiet, affectionate, gentle loving dogs. They would be very suitable as a companion to anyone regardless of their age and wellbeing. They are great pets for anyone with a bad back as you don’t need to bend down to groom them, give them a stroke or a gentle pat. As ex-racing dogs I would not trust them with small dogs or cat etc.  They love being around humans and are low maintenance dogs as they do not require much exercise. They have been desexed, immunised and have a micro-chip. They also have been wormed and treated for all our common parasites. Microchip 956000008687486. 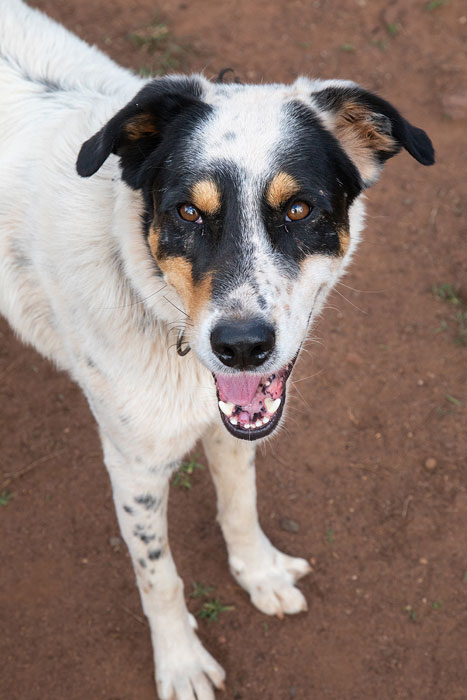 Brogue is a loving dog who will be very loyal to whoever gives him a home. He is great on a leash, loves his walks and enjoys being involved with people as much as possible. Due to being a Maremma cross cattle dog he does have a stubborn streak but that just adds to his personality. He is mostly stubborn when it is bedtime or when you can’t hang out with him; he just wants to be included. He likes other dogs but struggles to know where he stands in the pack unless there is an older dog to tell him. He would be a great companion for an older dog, as he enjoys having company. Brogue will be a great buddy for anyone wanting an active friend and someone to snuggle up at your feet in the evenings. Brogue came to us as his owner could no longer keep him. He is a Maremma cross. He gets on with other dogs but is better when there is an older dog to keep him in his place or on his own. He needs his owner to be fair but firm and to have something for him to do as he is a very smart dog. He needs to be on a property where there is space or with someone that enjoys an active life as he can be his own worst enemy if he is bored with nothing to do. Not long ago a dog was surrendered and was in the yard next to him, there was a locked gate between them but somehow Brogue’s leg hot under the fence/gate and the other dog had a go at it which resulted in Brogue losing a toe. It is all healed now, and he is managing very well without it. Unlike a lot of Maremmas he loves being with humans so does not like being left alone.  He has been desexed chipped immunised and regularly treated for parasites. Microchip 943094320462482.

Blink is an adult cattle dog currently living in a large yard with two other dogs, one is a male and the other is a female. Blink is a special young male who came to us recently. He is a young slightly shy Australian cattle dog.

He has a nice quiet nature loves playing ball but is not obsessive about it. He is extremely smart and needs to be mentally stimulated; he also needs consistent rules and boundaries with a firm but fair hand. He needs to feel secure as he has anxiety issues so needs a special home, preferably at this stage without children. He seems fine with all the dogs we have introduced him to so far. He is a little cautious with humans until he gets to know you and can be wary of men. He has been desexed microchipped and immunised.

Blink would be great at rallyo, obedience, herding, scenting, tracking and anything that requires a very smart dog as that is exactly what he is. He can play a little roughly but at the same time not wanting to hurt anyone or anything. He can also be very protective of his yard and human. Microchip 953010002009360.

HappyPaws Haven is open seven days a week for animal adoptions. Phone: Sally on 0419 404 766 or 6644 9936 seven days a week, email sally on [email protected] or visit Happy Paws at www.happypawshaven.com.au