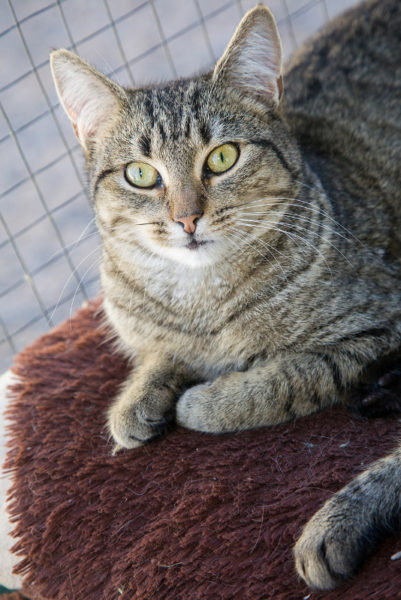 Noleta (above) is a member of the N-Team. In the beginning of September 2017, a beautiful cat called Noelene was bought in as her owner had abandoned her when they moved. On October 2nd she gave birth to six beautiful kittens. When Noelene became sick we had to hand feed her babies until she recovered then she took back the role of mum happily. The babies as a result are extremely affectionate, well socialised, playful, inquisitive mischievous loving kittens or young cats and ready to be rehomed as all have been desexed, microchipped and immunised including Noelene. 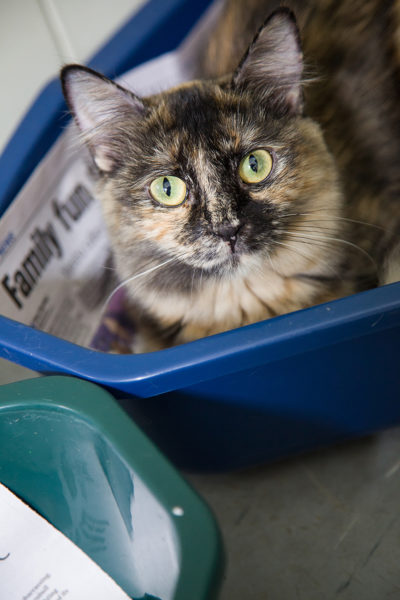 Rissa (above) is a member of Rianne’s beautiful litter of five kittens. Four are torti girls and Rico who has already got a home the only boy. Their story is we were called to the aboriginal community in Maclean early last year they were having a problem with some community cats who were continually breeding and their kittens. All the queens were pregnant again and they just did not know what to do. So we caught all the kittens and the queens put them into foster care and then got them all desexed. We returned all but one of the queens after they were desexed and kept all the kittens. The queen we kept Rianne is a lovely black fluffy young lady very affectionate demanding loves cuddles happy to be stroked and picked up just a very beautiful loving cat as are her beautiful children. They are all desexed microchipped and immunised now ready for their new homes. 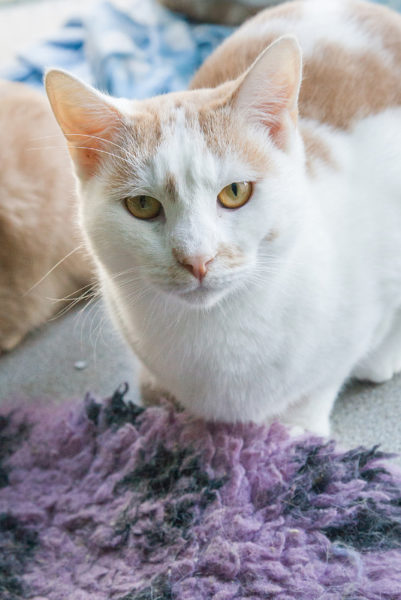 Carlos (above) is a member of the C-team who were rescued in Maclean by a foster carer over a number of days at the end of October 2016, mum (named Cara by the foster carer’s son) was found in a garage as the owner was packing to move out. She had a small dog and she worried whether he might have a go at Cara and her family of very young kittens. They stayed in care until they were able to be desexed, immunised and chipped. This has now been done and they are now ready for their new homes. 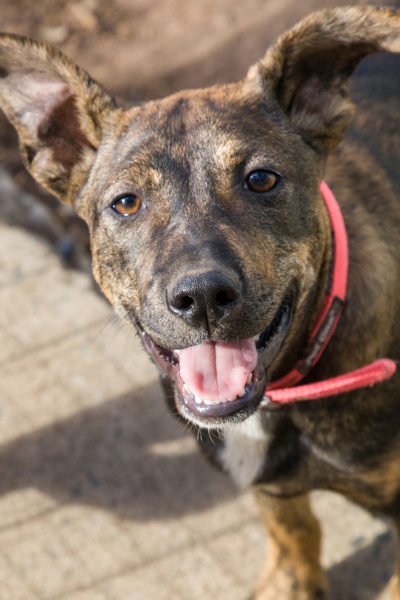 Suki (above) and her eight siblings came to us on the last day of May and they were not much more than five weeks old. Their young owner was homeless and her dog was struggling to feed all the pups so we said we would take them if she got mum desexed which was committed to. Mum is a lovely bitser, small to medium in size, dad was a boxer cross. We had them vet checked, vaccinated and chipped, they were flead and wormed, put on a special puppy diet. They have grown into beautiful natured, well socialised, mischievous playful puppies and are now desexed. They need a home which will commit to continue their training, socialisation and be a family member and not be left in their back yard. There are now only four of these lovely puppies left. 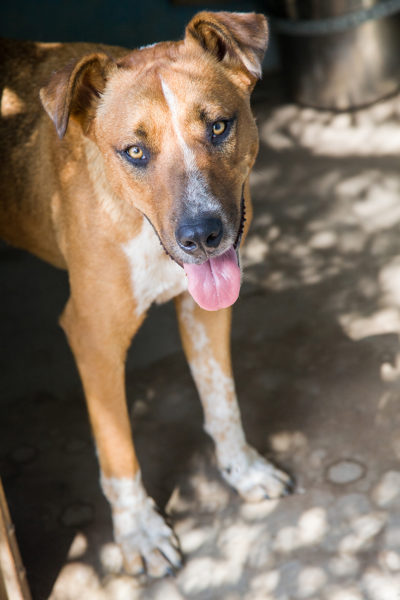 Olson (above) came to us in January 2017 with his brother as their owner was not able to find homes for them, they were about to go away and they could not find anywhere for them to be while away. They wanted to make sure they would go to good homes so they bought them out to Happy Paws Haven knowing they were safe here and the vet work would be done. Omar has already found a lovely home in Sydney’s outer west on a property at the edge of the Blue Mountains. Olson is very normal playful yet laid back young dog who still needs some training. He is very well socialised with other dogs and with people. He has a wonderful nature and is happy around young kids. We have a four old whose mother volunteers here who often takes Olson for a walk, plays with him and climbs all over him giving lots of hugs which Olson seems to accept and when he gets sick of Isaac he just walks away. He is desexed micro-chipped, immunised and regularly wormed, flead and heart worm treated. 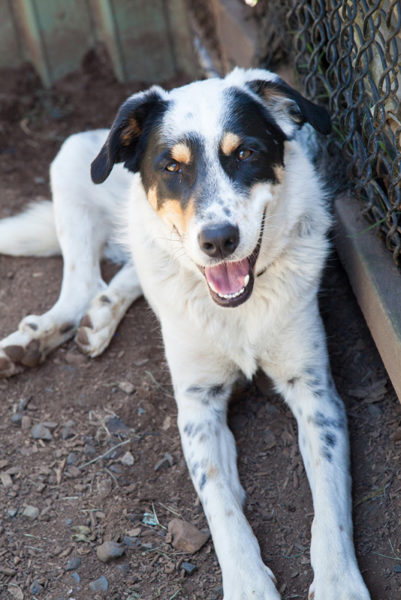 Brogue (above) came to us as his owner could no longer keep him. He is a Maremma cross. He gets on with other dogs but is better when there is an older dog to keep him in his place or on his own. He needs his owner to be fair but firm and to have something for him to do as he is a very smart dog. He needs to be on a property where there is space or with someone that enjoys an active life as he can be his own worst enemy if he is bored with nothing to do. He is a beautiful young dog who would love a young man to play with. Not long ago a dog was surrendered and was in the yard next to him, there was a locked gate between them but somehow Brogue’s leg hot under the fence/gate and the other dog had a go at it which resulted in Brogue losing a toe. It is all healed now and he is managing very well without it. He is a guardian dog so needs to be looking after something another animal or a human or something. Unlike a lot of Maremma’s he loves being with humans so does not like being left alone all the time at all.  He has been desexed chipped immunised