Among the blossoming flowers and ripening fruit and vegetables at the Yamba Community Garden, there is growing concern and anger.

Countless acts of vandalism including graffiti, theft and defecation have left the dedicated members of the Lower Clarence Community Gardens Incorporated, who lovingly care for and manage the site in Wattle Park, continuously frustrated.

President of the Lower Clarence Community Gardens Incorporated Larry Griffin is fed up with youths frequenting the area and displaying anti-social behaviour which he believes will discourage the public from utilising the space.

He said members are also becoming disillusioned by their ongoing efforts to keep the area presentable, and estimates vandalism has cost the group upwards of $500 in the past year.

“We’ve been trying to curve it (vandalism) for the past 12 months, but it’s escalating all the time,” Mr Griffin said.

“The last lot of vandalism we had, which we suspect happened on New Year’s Eve, resulted in our pavilion area and outdoor settings being graffitied with black spray paint.

“The community garden has been here for around 10 years.

“It’s a valuable facility for everyone, but we’re concerned the ongoing problems with vandalism and the behaviour demonstrated by the youths who are seen here will discourage people from visiting.”

Mr Griffin said youths aged between 14 and 20 are regularly seen misbehaving in the garden and previous efforts to speak to and invite them to volunteer alongside members were met with resistance.

Members have reported youths smoking in the garden and plastic bongs have also been discarded on site.

Storage sheds have also been broken into, initials and expletives have been written on and carved into furniture and hoses have been cut on numerous occasions.

“Usually, we welcome people to the garden, it’s a public place, but these youths are causing us a lot of grief,” Mr Griffin said. 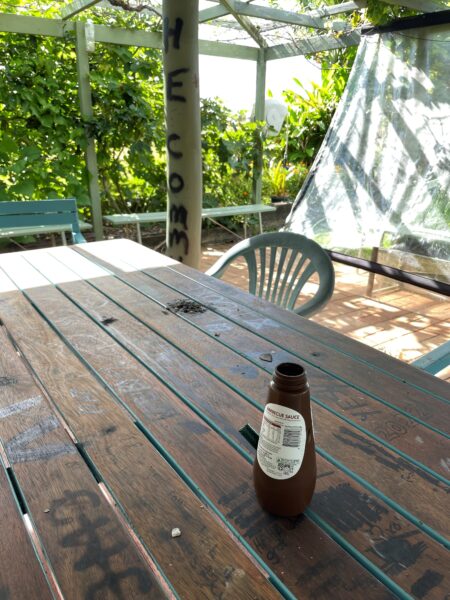 Coffs Clarence Police District Chief Inspector Joanne Reid confirmed there have been four incidents relating to damage and theft at the Yamba Community Garden reported to Grafton Police within the past 12 months.

Confirming she was unaware of any vandalism occurring on New Year’s Eve, Chief Inspector Reid said there was a large contingent of police in Yamba on December 31, and no calls were made in connection with the garden.

“It is disappointing that the garden, which is largely staffed by volunteers, has been the target of random, senseless vandalism and theft,” she said.

“Police suspect that disengaged young people are responsible for these incidents which show a complete disregard for the law, other people’s property, and basic standards of decency.

“The area is subject of regular police patrols, and we encourage the public to be the eyes and ears of their community and assist police in holding those responsible to account.”