The area bounded by roads 4 and 3 approximates the R3 Medium Density Residential zone; lot 143 is flagged as a 2,142m2 neighbourhood centre and lot 144 is a 3,910m2 park.
From the Newsroom Local News

In December 2020, Kahuna No. 1 Pty Ltd’s withdrawal of its 342-lot subdivision at James Creek was unexpected by the local community, which had formed the ‘James Creek Residents Action Group’, to “oppose and secure the rejection” of the proposal and “to work with Council, Developers and the Community to promote responsible and sustainable development in James Creek”.

Subsequently, the Independent sought clarification (see James Creek Q & A) regarding future development on the site, which is flagged as a ‘future urban release area’ in the Lower Clarence, as per the 2006-31 Mid North Coast Regional Strategy.

At the December Clarence Valley Council (CVC) meeting, councillors Simmons, Baker, Williamson, Lysaught and Toms supported a “refund of $11,415”, 50 per cent of the development application fees paid by to CVC by the developer, as recommended by staff.

Councillors Clancy and Novak were opposed; councillors Ellem and Kingsley did not participate in discussion about the item – Cr Ellem declared a non-significant, non-pecuniary interest and Cr Kingsley left the chambers for an undisclosed reason.

At the meeting, Cr Clancy foreshadowed a motion, to refund 25 per cent of the fees, which he said was “as per our policy … where [the] ‘application has been processed beyond being registered and/or referred to staff’” – the foreshadowed motion was not debated due to the success of Cr Williamson’s primary motion.

Staff wrote that its recommendation was the appropriate application of the policy, based on the DA having been “registered, referred to staff for action, advertised and notified”.

However, it wasn’t clear among councillors.

Cr Toms wondered why the withdrawal had come before council when it was apparent that staff could have made the decision by delegation: “Has it come here because of the other little bits,” she asked.

Cr Toms asked if the refund criteria were “clear in the fees and charges”.

Mr Lindsay said he had “not looked” and that he was “guided by the officer’s recommendation”.

Councillor Williamson said he was “convinced we are sticking to policy” and “commended” his motion: “I think we should just move on … it’s pretty easy.”

Cr Baker said he was “quite comfortable to vary fees and charges on the merit of the application”.

“It might be arguable that it has gone past a stop point and onto something else but, clearly, staff are recommending to us … [that] we give consideration to a 50 per cent [refund],” he said.

“…this DA has caused some interest in the community; some people took up staff’s time…”

Cr Toms said this “should not be before us … I think it is a bit of a war on words”.

Cr Novak said she was “left wondering which one has the right information” regarding whether or not the refund should be 25 or 50 per cent.

“So I’m not supporting the motion … that is a really confusing this report.” 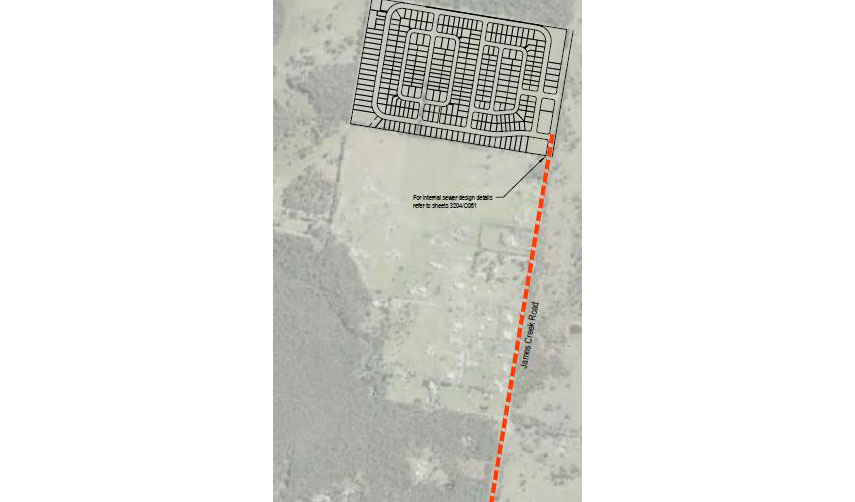