It was a particularly sad day for Brooms Head resident Steve Otton when he discovered an emu he had been following and photographing had been killed crossing Brooms Head Road at about 6pm on February 19 near Tailem Drive.

“When I took a close look at the Emu that I have photographed many a time in the fields of Taloumbi I can’t really come to grips that this is him,” Mr Otton wrote on a post on the Friends of Brooms Head (FBH) Facebook page.

FBH member Peter Grant posted: “Sadly we came across an emu that had just been hit by a car and killed on the road … one of six crossing the road east of Tailem Drive.”

Mr Grant suggested that “maybe” it was a good idea “to move the signs east of Tailem Drive, though I don’t know if that will slow tourists down”.

There has been an ongoing problem with signage along the road, with multiple acts of vandalism either destroying or removing temporary signs placed on the road by the National Parks and Wildlife Service (NPWS) and/or Mr Otton, as well as permanent signs along the road, which have been pulled from the ground or run over during the past 18 months.

Mr Otton feared the worst when he posted to the FBH page on February 13.

“Our digital emu warning sign which was placed on Brooms Head Road, Taloumbi, for the summer holiday season by CVC has now finished its stay,” he wrote.

“So there goes our main emu warning to motorists for now.

“On top of this, not one but all three NPWS Emu warning signs have been yet again ripped from their stakes overnight.

“After finding the signs down late Saturday I then spotted, with delight and horror, a pair of emus about to cross the road.

“I waved down this red car as to the action ahead as the pair of emus tip-toed across the road at the ‘Emu Crossing’ half way along the horror 100km overtaking straight.”

Meanwhile, Mr Otton said that he has been speaking with Clarence Valley Council officers, who have told him that the “council is discussing erecting signs near Tailem Drive”.

“Sadly, once again they cross two and fro across Brooms Head Road on the hill east of Tailem Drive and the brumby paddock,” he said.

“It’s a section of road where drivers are using up their 100km speed limit, but the visibility over this rise for emus, which have been crossing here for years, is poor due to all the bush and trees.”

According to CVC’s website, “there are fewer than 50 individuals known to remain on the east coast of Australia, hence they are listed as endangered under the NSW Biodiversity Conservation Act 2016”.

It’s believed that the entire population is based in and around Yuraygir National Park.

The day after the fatality, Mr Otton photographed 14 emus in the vicinity of the accident. 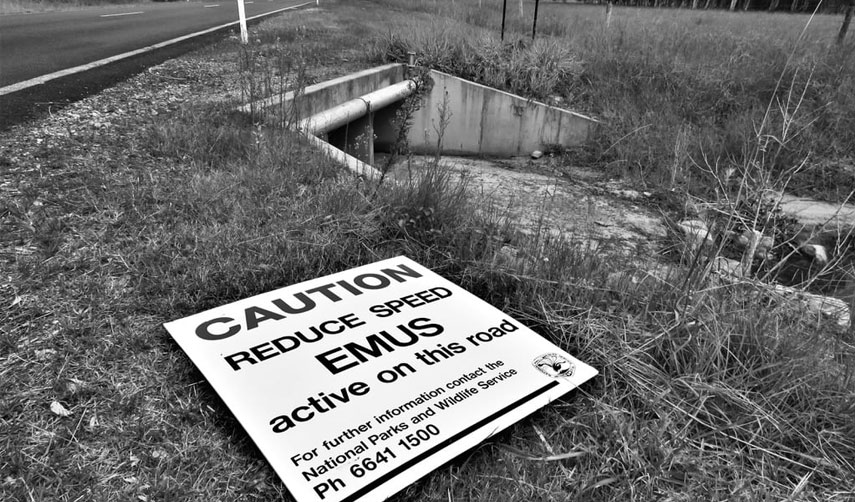 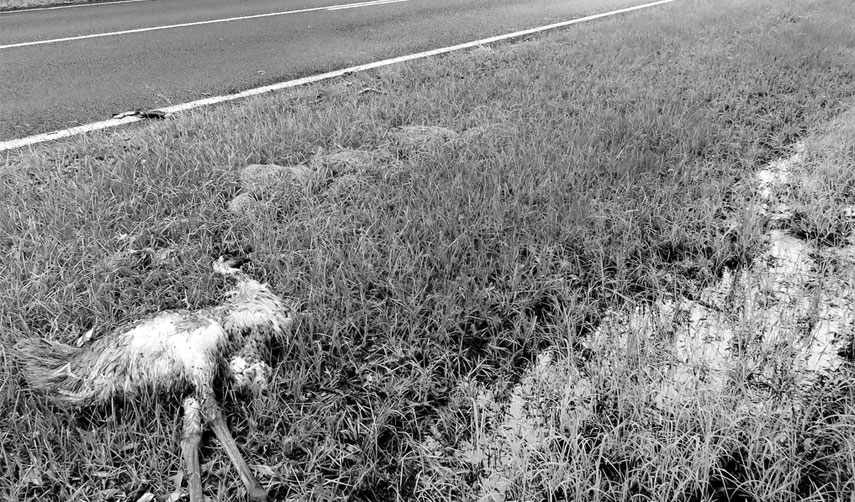